Like a lot of you out there in audiophile-land (and record collecting land for that matter), I have never had an "original" pressing of the now-revered and once-ignored first albums by indie rock legends Big Star.  They were hard to find in 1972 and only became more sought after as the group grew in stature in the 1980s.  So after years of CD-only listening I jumped at an opportunity a number of years ago to get some vinyl reissues of Big Star's #1 Record and Radio City when I saw them going for about twelve bucks each at Amoeba Music. 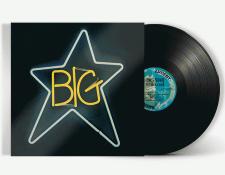 Upon playing them, I was not thrilled. Immediately those rumors I'd heard that vinyl records were being mastered off of CDs came to mind. It wasn't awful but it wasn't revelatory and the pressings were noisy. I could not play them loudly as they sounded harsh and -- well -- digital, a trebly texture that taxes my ears. This was especially evident when I came to the gorgeous song "Thirteen" which were plagued by distortion and other groove noise.

Now, when I put on the new analog-mastered reissue of Big Star's #1 Record from Craft Recordings (a boutique imprint from Concord Music, owners of those original Ardent label Big Star recordings) I was almost non-plussed. But then I remembered "Thirteen" so I jumped ahead and there was what I was looking for : warmth, richness and quiet vinyl.  The only thing I noticed was that the album was a little off-center, but not enough to ruin the song for me.  It sounds better than any version I've heard to date. 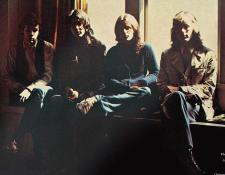 On the rockier songs, the impact of the new remastering may not be as immediately apparent. This was an eager young band crafting what is effectively indie rock's Revolver on a shoestring without the benefit of huge Beatle budgets and Abbey Road studios.  You may notice production inconsistencies from track to track, with some songs sounding markedly better than others. Side Two opener "When My Baby's Beside Me" sounds especially tight. Jody Stephens' kick drum punches through the chiming electric guitars-- that springy Stratocaster twang sounds super sweet!-- while the bass is fluid and rolling.

On tracks like "The India Song" the new mastering shines sweetly.  "Give Me Another Chance" is gorgeous, with big double-tracked acoustic guitars and McCartney-esque vocals out front, naked in the spotlight. "Try Again" sent a shiver down my spine! 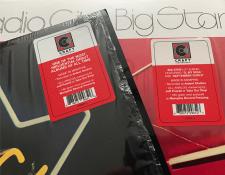 On Big Star's second album, Radio City, the remasters sound immediately much better than my old copies. I can hear Jody's super-cool sounding drums really sweetly now.  Even at a high volume, "Oh My Soul" doesn't hurt my hearing -- and you need to play it loud! Dig that groovy amp tone! The power-trio-meets-Dylan feel of "Life Is White" is super, the Bass dueling for your attention with the Harmonica like Rock 'Em Sock 'Em Robots. "September Gurls" sounds bigger than I've ever heard. "I'm In Love With A Girl" is just beautiful, showcasing Alex's voice at its most pure, supported by double tracked acoustic guitar bliss.

The covers for these reissues are classic high quality, old style thick cardboard with pasted-on printed artwork, They even reproduced the period-accurate original Ardent Records labels on the records (which look a whole lot better than the ones on the earlier reissues). Each thick dark 180-gram LP comes housed in a nice audiophile-grade plastic lined inner sleeve. 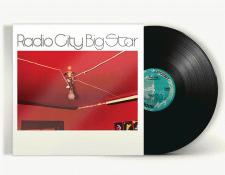 Craft Recordings did these Big Star reissues up right, folks...

(note: this paragraph has been updated):  After this article first ran, engineer / producer Jeff Powell reached out to me to offer some more accurate details about the project. It turns out the albums were remastered on an identical-to-the-original lathe  as used to cut the original albums in 1972: the Neumann VMS 70. So for those of you who may lament that these were not done at Cohearant or Abbey Road, there is something to be said for the authenticity of making new versions on as close to the same gear used for making the originals! The new masters were cut from the original analog master tapes -- yes, they do exist, contrary to popular mythology -- in the Memphis facility opened by Sam Philips after Sun Records called Sam Philips Recording Studio.  This is where legendary tracks like Sam The Sham's "Wooly Bully" and The Yardbirds' "Train Kept A Rolling" were made! Powell, who worked at Ardent Studios for 25 years -- where Big Star recorded its albums -- learned to cut vinyl direct from Larry Nix (who did the original Big Star disc mastering). So these new reissues are about as close as we are bound to get to golden, folks.  Jeff Powell  has a rich background working on albums by everyone from Bob Dylan to The Carolina Chocolate Drops, mastering vinyl for The Black Keys to Primal Scream.  Jeff and I had a great conversation and I hope to circle back with him to discuss more about what he's been working on.

Anyhow, if you like Big Star and don't have the rare originals of #1 Record and Radio City, you'll probably need these reissues. This is as close as most of us will get to owning a first pressing. And, ya know, it might even sound better! I wouldn't be surprised given the condition Stax Records was in back in the day.