It is sort of amazing to consider that an album made in the mid-1970s, most of which remained unreleased until 1992, has grown in such stature and popularity since its release that it is now receiving the deluxe edition treatment from the good folks at Omnivore Recordings (available for pre-order for release mid-September).  In those 25 years since its release, Chris Bell's I Am The Cosmos has become a bonafide classic, an indie rock touchstone and a logical extension from his work with his prior band, Big Star. Only two of those tracks were ever released in Bell's lifetime on a 1978 single on the Car Records label run by Chris Stamey (dB's, Sneakers) titled "I Am The Cosmos" b/w "You And Your Sister."  Later that year, he died tragically in a car accident, leaving his other recorded efforts dormant for years. 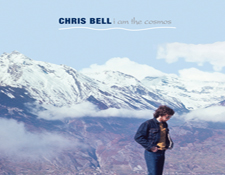 In the recent Big Star Third tribute concert DVD/Blu-ray set (which I reviewed on Audiophilereview.com a few months ago, click here to read it), two tracks from this non-Big Star album were featured (appearing early in the concert, on Disc 1). This music is very much considered a vital part of the Big Star universe, deservingly so.

Before I babble on about some of the cool stuff on it this new collection, some of you may want to know some basics about this album: in addition to bonus tracks from the 1992 Rykodisc and 2009 Rhino/Handmade editions, this new Omnivore version adds 10 additional tracks, eight of which are previously unreleased and two making their CD debut. There will be a two LP version of this album, first pressings on clear vinyl, as well as a six LP super deluxe edition with expanded bonus material (out in November). From the official press release: " The Complete Chris Bell boxed set will be a one-time pressing with individual volumes potentially broken out in the future as demand warrants (excluding the 1975 London Interview LP which will be exclusive to the boxed set).  The entire project was developed with the oversight of the Estate of Chris Bell and should serve as the definitive collection of the massively influential Chris Bell!"

For the purposes of this preview-review we were, alas, working off of a pre-release CD version of the two disc set. 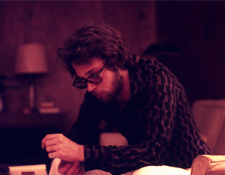 And even on a basic CD, all things considered, these recordings sound pretty majestic.  The new mastering is crisp and clean, not swaying far from the overall sound of the 1992 edition (I don't own the 2009 version). In some ways, these recordings are one of those "it is what it is" scenarios given the manner in which they were recorded over time across multiple studios around the world (including some work with legendary Beatles engineer, Geoff Emerick!).  That doesn't make them any less good, but one needs to set realistic expectations, especially from a CD. You'll get more insight into the amount of effort Bell put into creating these songs in the enclosed booklet.

If you've never heard "I Am The Cosmos" you should click here to listen to it -- its one of those songs that even in the most compromised sound quality version (like one might find on the Internet) will deliver a sense of grandeur that has only increased over the years. It makes hearing better quality versions of the song that much more appealing (I can't wait to hear this on vinyl.. but more on that in a moment).

The bonus tracks here on the deluxe version are fascinating. I particularly like some of the alternate mixes of "I Am The Cosmos"  and "You And Your Sister"  -- some with additional strings, mellotrons or just stripped down to a more acoustic feel. And there are some compelling previously unheard instrumental snippets and backing tracks which let you hear more of the wall of sound that Chris Bell had assembled. 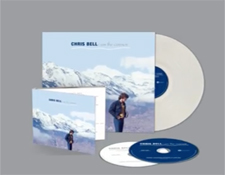 In addition to the bonus tracks, the new booklet includes updated information and even clarification to past mistakes. For example, the so-called "country" version of "You & Your Sister" on the 1992 version was apparently just a trial mix of the single version of the song without any of the overdubs audible. This was a timely and funny one for me to learn about as when I first started preparing for this review I went back to my original Ryko CD and had indeed made a mental note that the country version didn't really sound very country.  Because... it wasn't!

If you are a Big Star fan, you at minimum need this updated CD version of I Am The Cosmos. As soon as I get my hands on a vinyl copy of the album I'll be sure to post an update on what I hear.  I am glad it is at least coming out on a label like Omnivore -- some earlier versions are going for crazy money even on Amazon as collectors pieces.

Check out the promo trailer Omnivore made for the sets. It all looks pretty cool!