Why Is Big Star's In Space A Great Album (And Not Just Because It Is Another Big Star Record)? 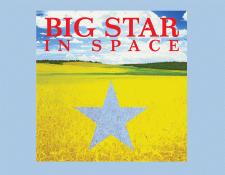 The thing I realized when I finally sat down and listened closely to Big Star's overlooked (at least by me) 2005 album In Space is that it is and isn't what some of us might expect from a group bearing this name.  On the side that we expect: there is the power, pop and glory driving many of the tracks which stand as lovely productions worthy of their Ardent Recording Studio, Memphis roots.

Yet, the songs intentionally don't directly recall the feel and stature of the early Big Star albums... and that is probably a good thing!  I mean, this was recorded 30 years later and with half an entirely new band, so it needed to sound bit different!

Now, I originally wrote this review without reading the liner notes closely. But when I did, I decided to throw out some of my impressions and just pull quotes from the artists themselves to present some insight as to what this album is about (as they describe it much better than I could!). 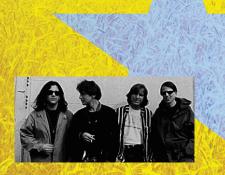 "When the time to put the tape machines into record arrived, and the four of us were finally in Ardent's Studio A together, it was glaringly obvious that Alex had zero interest in personally contributing anything that might resemble Big Star even a tiny bit. I can't say I was surprised (Alex not wanting to sound like Big Star? There was a shocker!) but ultimately, though I knew in my heart it would never be like the albums of yore, I felt it would benefit the new record if someone at least tried to write something that resembled the band in the classic sense. I mean . . . what could be so wrong with that? Thankfully, though he could never be accused of it himself, Alex was remarkably open to any of the rest of us heading in the general direction of Big Star if that's where we wanted to go."

Of the songs that do sound like distinctly like Big Star, "DONY," "Lady Sweet" "Best Chance" and "February's Quiet" are at the head of that pack.

Auer continues in the liner notes:  "Lady Sweet" was my main contribution and in my mind, I was representing Chris Bell a little, adding a touch of the darker, moodier flavor I loved about Big Star as well." 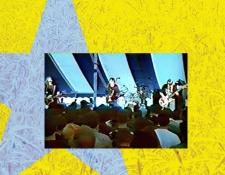 The touch stones to Big Star's Third album -- the legendary unfinished recording which included a number of cover songs -- seem to come in the form of songs which have a clear path to past influences. Several tracks seem to pay musical homage.

For example, "Love Revolution" recalls no less than Archie Bell & The Drell's 1968 hit "Tighten Up", at least in in form and function, by way of a mid-70s proto-disco funk-lite groove.  "Best Chance" incorporates some really nice British Rock references such as The Rolling Stones' Exile On Main Street and The Beatles Rubber Soul. Its this sort of referencing that shows just how well Big Star had internalized its influences as the song stands on its own as a great tune!

'Turn My Back On The Sun" is  Beach Boys/Brian Wilson pastiche with some nifty dark twists that are ultimately fun and pretty neat.  Posies and Big Star bassist- vocalist-songwriter Ken Stringfellow explains the song's genesis in the liner notes: 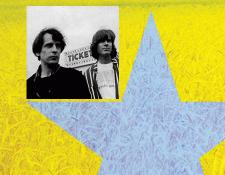 "My main contribution was something I thought would please Alex's impishly perverse sense of humor, I wrote a kind of Beach Boys song (since Alex had quite a history with them, including partying/jamming with Dennis Wilson and his sinister friend Charlie), albeit with a twist--in the ultimate blasphemy for a Beach Boy, I "Turn My Back On The Sun." Alex loved it."

"Mine Exclusively" feels like a lost Booker T & The MGs / Stax rave up by way of The Jam with its driving rhythm and Beatle-esque title-hook. "A Whole New Thing" could be a lost Flamin' Groovies homage to the Stones, or perhaps a lost Rutles track (all good things in my book, mind you).

Yet, as diverse as In Space is, somehow it ends up feeling more like a logical addition to the Big Star catalog. Founding member Alex Chilton sounds almost jubilant at times, singing the new material with that sort of "I don't give a sh*te" attitude which makes it rock all the more. 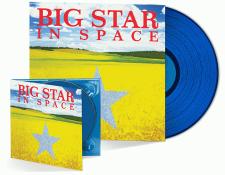 The CD version of In Space  sounds solid as compact discs go but it is the LP pressing where the music really starts to sparkle. Pressed on dead quiet, well centered thick translucent blue vinyl, I have been enjoying Big Star's In Space a lot so far.  Big raw electric and sweet acoustic guitar tones chime together in a perfect pop blend.

Ken Stringfellow wraps up the liner notes with a poignant reflection:

"We did play some of these songs live, and it brings to mind a great anecdote. The album was released in 2005 and a year later we found ourselves on the main stage of Primavera Sound, a prestigious music festival in Barcelona. Some 10,000 people in the crowd. Before we played "Hung Up On Summer"Alex addressed the crowd:

Don't wait 15 more years to check this one out.

If you like Big Star and The Posies' music, you need In Space.