Do We Have To Feel Guilty For Musical Guilty Pleasures Anymore? 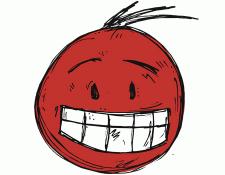 There is an old catchphrase that's been bouncing around for decades -- maybe more if this online dictionary's history is accurate -- called "guilty pleasures." In the context of music it's usually referred to an artist or band which you like but to the general populace might cause embarrassment if it became public knowledge.  The phrase is so pervasive there are many dictionary definitions -- including the mighty Urban Dictionary -- and there is even a page on the Wikipedia!

In '70s and '80s, a guilty pleasure might be that moment when your burley heavy metal buddy admits he liked a Bee Gees disco-era song or Tony Orlando & Dawn. Or perhaps that friend who is deeply into progressive rock announcing their love for Christopher Cross' "Sailing" or the one hit wonder "Dancing In The Moonlight" by King Harvest.

There was a time when it wasn't cool to admit to being guilty of guilty pleasures! 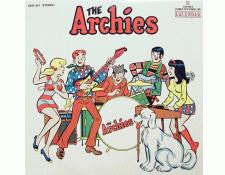 In the world of social media -- which some of you by now know that I participate in quite a bit on Facebook, Instagram and even Twitter -- the topic of guilty pleasures comes up quite a bit, especially in the enthusiast groups. After the most recent appearance of the phrase -- someone asking "what are your musical guilty pleasures?," prompting a seemingly endless stream of responses in the thread -- it really got me to thinking: Is that phrase is even relevant anymore?

Using myself as a guilty pleasure guinea pig, I've long been unapologetic about my love for Bubblegum music and groups like the Electric Light Orchestra (which started out very progressive but jumped the shark into the pop realm which was just too much for some people...).  I'm unapologetic in my love for The Archies. Did you know that smooth soul crooner producer Barry White wrote one of his early-- and quite frankly, funky 'n rockin-est -- songs for The Banana Splits children's TV show?  (And yes, I own their singles and the album!)

There was a time when publicly admitting that you liked any of these acts was significantly frowned upon by taste makers of the times... And it still happens these days (I am still perplexed at the attitude some have given me for liking Fleet Foxes).

Fortunately, I learned long ago not to care what other people think. If I like something, that's OK.  And if you like something I don't like, that's cool too!

It's been particularly rewarding  to see a group like the Electric light Orchestra experience a sudden resurgence in popularity over the past five years to the point where they filled London's Wembly Stadium  and Hyde Park amidst sold-out world tours! 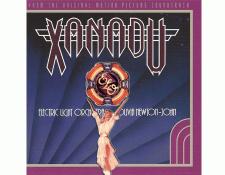 There was a point in the 80s when that wasn't the case and they eventually disbanded...  Suddenly, seemingly everyone is admitting they love the song "Xanadu" (and the movie it comes from). For the record, despite my love of all things ELO and Jeff Lynne, I still don't like that particular song and have never made it through the movie...

There are a number of so called guilty pleasures I still enjoy which I love throwing in the faces of people who still find that phrase important to ram down your throat as if it's somehow making them cooler than everyone else.  Some of my favorite examples include the classic bubble gum hit by The Ohio Express called "Yummy Yummy Yummy" which I've listened to since I was a tiny kid playing my 45 to death... 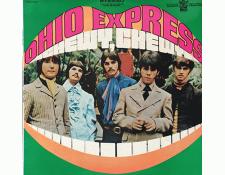 I have frequent fun trying to convince hipsters that a group like The Cars probably got the idea for the introduction to the first song on their first album ("Just What I Needed") from that Ohio Express single. What's that? You don't believe me? Click here and here to listen for yourself.  Heck, I just noticed that the three-chord intro to "My Best Friend's Girlfriend" is super similar to the 1963 single by The Rockin' Rebels called "Wild Weekend"  (click here and here to compare and decide for yourself).

So if that riff is good enough for The Cars to nick, how come it's not good enough for you to be interested in listening to the original as other than a so called "guilty pleasure"? "Chewy Chewy" is another great Ohio Express hit and my favorite of theirs is a deep album track that was also a B-Side called "Firebird" (click here for that). 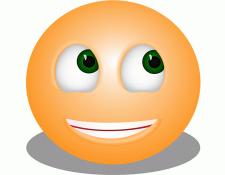 I recently found at a flea market an obscure album by an artist named Laurie Styvers which came out on the Warner Bros. Records subsidiary label Reprise back around 1971 or 72. It's a really nice record and it totally fits in with the then popular trend of singer songwriters who were bearing their hearts and souls. And, as I did a little research on this record I discovered that a famous record critic from a famous newspaper of the period slammed this release quite horribly for no particular good reason. Perhaps it aggrandized the writer's status as some sort of taste maker influencer. But, if the wiki is accurate, it probably contributed to derailing her career and alcoholism.

Note to self: don't ever be like that reviewer. 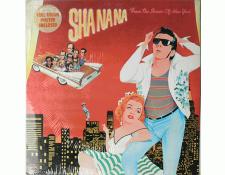 I'm happy to celebrate her music as a fine record that was unjustly squashed because someone deemed it so. Some might call it a guilty pleasure.  If so, then I'm guilty as charged because it brought me pleasure.

Now, this is all not to say that there aren't bad records out there... There are plenty of bad recordings by artists I love, albums and songs with little redeeming qualities. There is a legendary review from the 80s in a then popular music publication of a so called super group's one off album where they gave it a three letter review (mirroring the three letter name of the group). I don't think there were any stars for it...  I have tried to listen to this album and I can't deny that it's not a great album... yet....  I have met people who genuinely like that recording... So... who am I to burst their bubble if it's making somebody happy 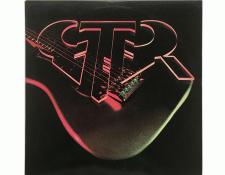 I remember in the late 70s when Frank Zappa was taking down disco-- a form that I never liked when I was growing up ( although I love funk and soul... and there is a difference, albeit sometimes divided by a very fine line). I was the teenager with the Disco Sucks t-shirt, back in the day...

I stopped being so snarky about it when I saw Zappa on a TV show being interviewed and explaining that he actually didn't mind Disco even though he seemed to be making fun of it. I later realized he was more or less documenting the mindset of the people who listened to Disco music at the time.  He  thought if it brought happiness to someone, then its OK.

It was around that point I started looking at myself in the mirror and how I responded to people's tastes and for the most part I made sure I didn't judge people for the music they were listening to. 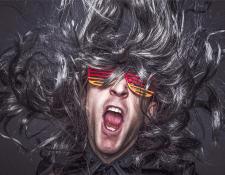 I'm not a fan of Kiss, Guns 'n Roses and Megadeth or Metallica.  But, if people dig it, that is cool.

I'm just happy when people are listening to music - - any music! As long as you're engaged and interested in it and getting something out of it, that's all that really matters.

What are some of  your favorite guilty pleasures? Let us know in the comments section below. I'll bet you'll be surprised to find that one person's guilty pleasure is another person's passion.