Fleet Foxes Trip Out and Up 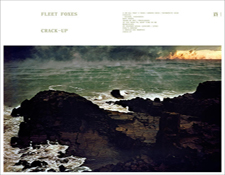 The band -- which most people know for its rustic rich vocals, loosely strummed acoustic guitars and overall organic aesthetic -- have effectively stepped up to the progressive rock plate with their new album Crack-Up.  It took them a long time to get this new album together, but it was worth the wait.

From the opening notes of Crack-Up -- when a whispered lyric emerges at the start of the opening track ("I Am All That I Need / Arroyo Seco / Thumbprint Scar") for a minute, only to be run over by an speeding car in the form of a cacophonous, epic, full band barrage -- you can tell that this band has jumped to another level of composition, signaling the start of an Appalachian Spring-flavored musical journey. Yes, there are traditional song structures happening at points on Crack-Up but coupled with the adventurous production style -- the editing, the sequencing, the changes in dynamics -- this collection of songs becomes a compelling and engaging collective listen.  I've been playing the entire album over and over, something that happens rarely these days; to get the most out of listening to Crack-Up, one should really play the album from the start to finish. Akin to epics like Radiohead's OK Computer and Pink Floyd's Dark Side of the Moon, Crack Up is very much a whole album statement. 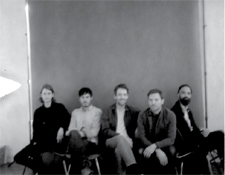 Imagine, if you will, a group like Yes or Genesis pulling back on the drums 'n synths 'n electric guitars a bit, and you might have something akin to Crack-Up. In fact, Jon Anderson (lead singer of Yes) more or less did just that on his fantastical 1976 solo album Olias of Sunhillow. Now, don't get me wrong: there is nothing particularly similar in the sound between the new Fleet Foxes and Yes' or Jon Anderson's albums. But ... there is a shared aesthetic of storytelling, acoustic as well as electric and eclectic instrumentation, synthesized textures and unconventional rhythms apparent.

"Mearcstapa" is like a soundtrack to a yet-to-be-made travel documentary (choose your favorite exotic destination) which reminds me of what might have happened had Robert Fripp and Brian Eno sat in on a lost Crosby-Nash-fronted session for Robert Wyatt, where The Kronos Quartet shows up to jam.

"Third of May / Odaigahara" is one of my favorite songs on Crack-Up so far -- I especially love how it breaks down to quiet vocal moments and then kicks in to a full band growl. "On Another Ocean (January / June)" is another gem which transitions stunningly from a plaintive acoustic folk piece to a driving rain, bearing down sheets of sound with chiming (probably) 12-string electric guitar ringing through the mix.  "If You Need To, Keep Time On Me" is possibly the most direct and CSN-like of the tunes here. 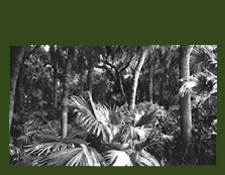 As with my experience with previous Fleet Foxes albums, the initial appeal of Crack-Up is not about specific songs jumping out at the listener, but more about an overall sonic textures. To that, the band seems to have added new flavors and tone colors.  For example, consider that they've incorporated many hallmarks of vintage progressive rock into this album, notably the Mellotron and modern-day sampling / loops. From the Wiki we find a list of instruments that lead singer and main songwriter Robin Pecknold plays on this album including: "classical guitar, dreadnought, electric guitar, 12-string acoustic and electric guitar, Fender bass, piano, synthesizer, electric harpsichord, prepared autoharp, marimba, Moog Minitaur, Hammond organ, mellotron, train and water loop, Korg drum machine, percussion, varispeed, footsteps, door, Memory Man Deluxe"

Going back to my original statement about Fleet Foxes being something of a psychedelic band, you may want to explore some of the harmonic post-psychedlic-era rock that was produced in the late 1960s and early 1970s for musical touchstones. Crosby Stills, Nash (and Young) circa 1969-1970 is a good place to start when looking for parallels. Fleet Foxes' vocal harmonies also recall the precision of vintage late 60s Simon & Garfunkel. Take it a step further and perhaps go to David Crosby's fine first solo album titled If I Could Only Remember My Name -- that album in particular is a free form and exploratory acoustic rock gem which many overlook.

All this does underscore the notion that one should not go into this album expecting a beardy, new-folk experience... Nor is Crack-Up a longhaired hard rock experience, although it does rock at times... My iTunes categorizes Crack-Up as "Alternative" and that might be a good thing in some ways, but it doesn't really do this band justice to paint them in that corner. 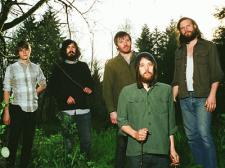 Crack-Up could be an audiophile demo disc for some of you because it sounds really great when you turn it up loud.  The majority of Crack-Up sounds like it was recorded somewhere in the heart of a cavern, with dream-like echo for days. It works completely and quite wonderfully. In case you are wondering: Crack-Up is pressed on nice, dark, standard-weight black vinyl that is quiet and perfectly centered.

I first came to Fleet Foxes in the most organic of ways: I heard their music being played in a coffee shop in Santa Barbara and tracked them down from there. Their last album, 2011's Helplessness Blues was a tremendous effort I recommend highly -- I even reviewed it here on Audiophilereview (alongside the then new album from David Crosby -- imagine that!)  Their eponymous first album and first EP, Sun Giant are now combined into a fine 2 LP set.

Whatever way you get to their music, the bottom line is that Fleet Foxes are an important group you don't want to miss. Do check them out.