Catching Up With Thomas Walsh's Pugwash on Vinyl, CD, Streaming 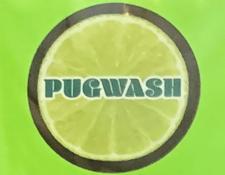 I didn't hesitate when I received the email notification from England's Sugarbush Records that they were releasing an album of new music by Ireland's Pugwash, a rarities collection previously unreleased on vinyl. I ordered a copy right away. And the first thing I noticed while playing this record for the first time was that it not only sounded fabulous as modern recordings go, but that the songs here -- acoustic and electric demos, alternate mixes and B-sides -- were better than most regular albums put out by much more popular and famous artists.

Accordingly, in one of my recent social media preview posts about this album I stated: "A new LP of Pugwash demos &  outtakes is better than many others' regular releases." And after spending quite a bit of time with The Good, The Bad and The Pugly my feelings in this regard have only multiplied. This is a great album! 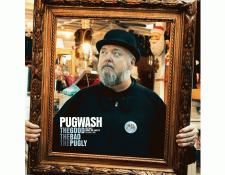 Sandwiched between an alternate mix of their classic pop gem "Apples" and the B-side to that rare original single, "Fire In My Belly" you'll hear 10 other examples of consummate 21st Century song-craft in the vein of Jeff Lynne and ELO, Paul McCartney and The Beatles, Andy Partridge and XTC, Pete Ham and Badfinger as well as Ray Davies of The Kinks.

Ultimately, however, Pugwash's main creative driver, Thomas Walsh, has got his own thing going on. You'll hear this on rainbow colored earworms like the unplugged versions of two favorites, "Two Wrongs" and "Fall Down." 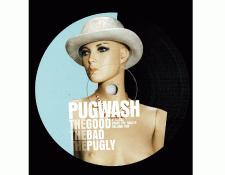 Perhaps my favorite track here is the driving "Lucy Oh Lucy," a playful romp with a sweet little mid-60's Who reference tucked away inside, celebrating a 21 year old's birthday (perhaps in the sky, with diamonds). The Good, The Bad and The Pugly is available from Sugarbush Records' website (click on the title anywhere in this review to jump to it) and via their Discogs store (click here). Given that it is a limited edition release you should scramble to get a copy of the nice 140-gram, well centered black vinyl record.  If you'd rather download or stream the album you can find it on Bandcamp by clicking here.

If you haven't experienced the joys of Walsh's music with Pugwash, worry not. There are two fine compilations out collecting many of their best songs.  Popularity Pending: 20 Years Of Pugwash was recently released by Sony in Japan celebrating the band's 20th anniversary. 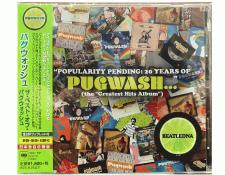 The collection is handy as it cherrypicks tracks from all of their albums including their most recent, Silverlake and Play This Intimately (As If Among Friends). You'll hear terrific hits-to-be from their debut Almond Tea, Almanac, The Olympus Sound as well as Jollity and Eleven Modern Antiquities. If you are curious to read more about these recordings, you can click on any of these titles to jump to my reviews of those albums.

A Rose in a Garden of Weeds: A Preamble Through The History of Pugwash is a fine collection put out by Omnivore Recordings which is handy if you just want to explore their initial five releases (the label put this out around the same time it released their album Play This Intimately). Both are fine collections, with Popularity Pending offering one additional bonus track of a previously unreleased mix 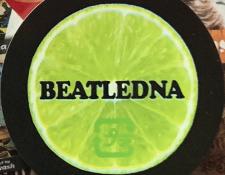 While Popularity Pending: 20 Years Of Pugwash doesn't seem to be streaming anywhere, you can hear A Rose in a Garden of Weeds: A Preamble Through The History of Pugwash on Qobuz by clicking here and on Tidal, here.

But really folks, the thing to remember is that artists make next to nothing on streaming services so if you find that you enjoy the music, remember to buy something direct from them: an album, a CD or a T-shirt. Support the independent artists you love and they'll keep making more wonderful music for us all to enjoy.