A Neo-Psychedelic Nugget Gets its Vinyl Due

Some groups were made to be heard on vinyl. 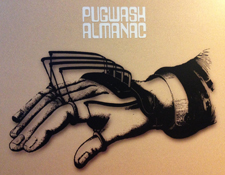 I mean, really, the CD format -- and downloads for that matter -- are all fine and good for leveling the business playing field and allowing groups a chance to inexpensively distribute their music in the chance that the world at large stops, looks and (most importantly) listens. But, as we've been learning with the recent vinyl resurgence -- and the more or less devaluation of CDs on the used marketplace -- most digital formats (save for high resolution SACD, DVDA, Blu-ray formats) seem to be fairly disposable, at least to the public at large.

That said, when an up and coming indie rock group has gotten so popular that even its now-out-of-print CDs are becoming hefty collectors items fetching significant coin on the market, you know they are ripe for a reissue program of some sort.

Such is the case from England's Sugarbush Records which has been supporting Ireland's great band Pugwash with first-time-ever-on-vinyl reissues of the band's early recordings.

Last year I reviewed their first album, Almond Tea which Sugarbush put out in two flavors of tea colored vinyl. But today, here and now, we are going to look at the band's fine second release called Almanac which is the latest in the series, rescuing a fine fine album from the digital desert.

Released in 2002, there is no sophomore slump happening on this lovely Pugwash gem filled with lush rock and big pop hooks, yet festooned with lysergic fringe and British Invasion flourish. Big strummy acoustic guitars and pure-Byrds Rickenbacker 12-string jangle collide in some of the finest now pop for present people I've heard since... well... England's XTC. 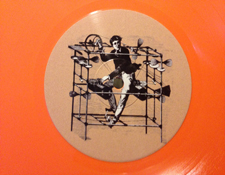 Those ellipses I used when mentioning XTC are intentional, in case you didn't notice... you see, by their next album, Pugwash were in fact were working with some members of XTC and were eventually signed to a deal with Andy Partridge's own label (which is when I first started hearing about the joys of this fine band).

Almanac contains some of the bands's finest songs (several of which are included on the Omnivore Records CD compilation A Rose In A Garden of Weeds for those of you who might want to start there on your Pugwash journey) including "Keep Movin' On" (a song which has a bridge and tight little solo break so good, I'm sure George Harrison smiles from up on high every time it plays).  "Apples" is another strummer that wouldn't be out of place on records by The Traveling Wilburys, ELO, XTC, Elvis Costello or even Nick Lowe.  "Monorail" is a fab homage ala Revolver / Rubber Soul-era Beatles.

I can cite influences till I'm blue in the face but that really doesn't do justice to main pugger Thomas Walsh and his fine compositions. This guy can write a tune with a catchy hook, a clever turn of the phrase right up there with the best of them (as they say, if you'll pardon the cliche). Its all in the unexpected musical twists which elevate his music to the playing field of the aforementioned artists of which influenced him.

But then there is also his voice....

Gosh... I could gush all day about great voices...

Thomas Walsh was born with one of those rich, mellifluous, big round sounding voices the likes of which has been gifted to many of my favorite musicians. You could easily make a fine mix tape of songs off this album alongside tracks by Paul McCartney, Jeff Lynne, Todd Rundgren, David Crosby, Adrian Belew, Carl Wilson, Emitt Rhodes and Eric Carmen, to name a handful. 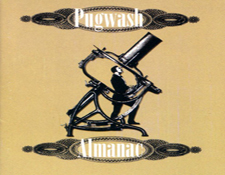 My copy of Almanac as done by Sugarbush Records is pressed nicely, is well centered and played quiet. While the music was probably recorded digitally, probably in Walsh's backyard shed home recording studio, I was pleasantly happy to find that the music sounds real good even when you turn it up loud. So, yeah, even though there is some of that compressed digital flavor around the edges there -- I'd like to imagine that it is compression to optimize the record for radio play... yeah... that must be it (wink wink, nudge nudge)  -- Almanac rocks just fine, especially on big tracks like "Anyone Who Asks" and the album closer "Emily Regardless."

My only "ding" on this release (and the earlier Almond Tea) is that it doesn't include a download with the album. On one hand, I get it that they want you to listen to music on vinyl and really spend time with the music. But, this is the kind of good vibe music that I'd love to take in the car on a good road trip up the California coast (or on some roundabouts in the English countryside, for that matter).  I'd happily buy it on CD or a download too, but, alas, that isn't available on line at present.

Ah well, until then we at least have the fine (aforementioned) Omnivore Records shoulda-been-Greatest-Hits collection to enjoy, A Rose In A Garden of Weeds. 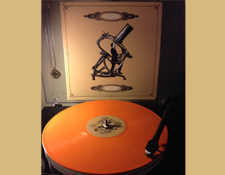 I think you get the idea.

The vinyl issue of Almanac is a very limited edition so you should grab a copy while you can (on orange or white vinyl, 250 copies of each color pressed... I got the orange one...). Also, if you haven't heard it yet, but sure to check out the band's most recent -- and first internationally distributed -- LP (and CD) release, Play This Intimately (As If Among Friends). Its a joy!