Something So Strong: Pugwash's Debut Reissued

All my adult musical life, I have had this ongoing discussion with friends on the relevance of artists who embrace their influences. This dialogue began back in Junior High School when I discovered this band called Nektar, a four piece Prog Rock band which I came to love. Yet, for the most part, other friends couldn't get beyond the notion that Nektar sounded sort of like Yes and Pink Floyd together. 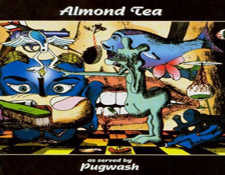 I didn't hear it that way. Nektar had great songs which I thought were right up there with Pink Floyd and Yes, but they had their own sound. It was a different trip, man...

Still, friends often said "Why should I listen to Nektar when I have Yes and Pink Floyd and Genesis and ELP to listen to?"

My answer of "well, because Nektar play these great melodic prog rock epics that rock" usually wasn't enough to convince most people.

And despite Nektar being popular enough to sell out big concert venues in NYC and be featured in concert on the radio (on WNEW-FM in fact), Nektar bumped along for decades as (what I've dubbed) "the little prog rock band that could."  Nektar never got to play Madison Square Garden (as far as I know) like Pink Floyd and Yes and ELP. Yet they survived and ultimately regrouped, especially active in the new millennium. Main songwriter and singer Roye Albrighton kept true to his vision, thrilling fans in smaller venues around the world, putting out new albums and staying the course almost literally to the end not too long ago this year (R.I.P.).

"But what about ELO?," I would counter to my friends. "They certainly sound like The Beatles at times and you love them," I would argue

"That's different," they would say. 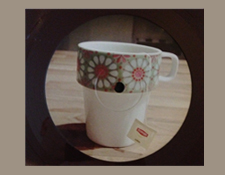 Giving up, I learned to shrug this sort of attitude off, later realizing that my friends had been hypnotized as much by those mainstream bands' mass marketing hype as the music -- fancy light shows, groovy otherworldly logos and space aged album art, hip t-shirts and flying-saucer-shaped stages 'n all that will do it to you.

I get it... in some ways... I've been there myself in many ways... but that is another discussion for another time.

(by the ways, I get lots of complements on my Nektar t-shirts these days!)

Anyhow... life marched along and soon I found myself in high school embracing the New Wave side of the Punk movement as much as my beloved old Prog Rock (and Beatles and Zappa and the good old Grateful Dead). Punk and New Wave more or less dismantled the Prog movement (for a while, at least, until Prog reinvented itself into other genres... it admittedly needed a kick in the bum).

Suddenly music that sounded like the stuff I grew up on as a little kid was all over the airwaves.  Beatle-y sounds. Bubblegum sounds. The Cars nicked the intro to one of my favorite childhood bubblegum hits -- The Ohio Express' "Yummy Yummy Yummy" -- for one of their first big smashes.

Not swayed by the sheep-like attitudes, I discovered new unknowns from England making way cool music.  I dug deeper into this whole next generation / influence thing when I became a huge fan of Elvis Costello and a lot of the Stiff Records stuff that came out around that time (Nick Lowe, Dave Edmunds, Rockpile, Wreckless Eric, Jona Lewie, Ian Dury, etc.). 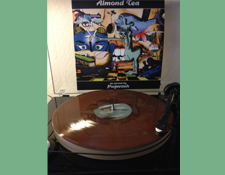 I was on board as a fan after Elvis' first album but it was on his third album that sealed the deal for me as I realized Elvis had heard many of the same records I grew up with (and I later learned he'd heard a whole lot more!). For me, that "ah ha" moment occurred the first time I played "Party Girl"  -- I bought Armed Forces the day it came out at Sam Goody, with the live bonus EP -- and I initially laughed out loud when the song ended in this huge coda of sorts that was a pretty much a direct cop off The Beatles' Abbey Road.  Then I got excited by this -- it was like Elvis was including a wink-wink-nudge-nudge secret coded message to those of us in-the-know who would pick up on this.  It was like "hey, I'm gonna do this and see if any of you get what I'm doing."

It was there I recognized the difference between an homage and a rip off. Elvis was making a statement and it worked completely, even if it did sound a whole lot like the ending of The Beatles' "You Never Give Me Your Money." It was and remains a great song and obviously Paul McCartney himself got the secret message (Elvis co-wrote songs with Macca some 10 years later).

Was I going to write off Elvis because he sort of lifted this classic line from the Fab Four?  No way! This was way way cool and it began a lifetime fascination for me of playing a game some of us call "Spot the Influence."

A little later as I got deep into Swindon, England's XTC -- and their brilliant side alter-ego side project as the imaginary 60s psychedelic rock band The Dukes of Stratosphear -- I realized there were a bevy of great songwriters who could internalize all these influences and and create something new and exciting that still conveyed the vibe of the music I grew up on, yet which held up on its own.