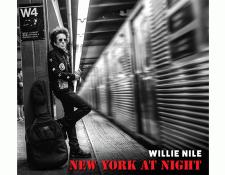 At some point in the future there's going to be a big party in New York and it may well be revolving around a musician named Willie Nile and his new album New York At Night.  Written and recorded before the COVID-19 pandemic crisis lockdown happened, here Willie celebrates The Big Apple in all its glory. And that passion is what New Yorkers will to need when all this pandemic madness is under control.

New York At Night is slated for release later this week on May 15 and I do hope that people find inspiration in it. I have and I say this as an ex NYer who still proudly holds on to his New Jersey roots even after 30-plus years in California (and several months in locked down isolation!).  Willie's music has a distinctly East Coast vibe which -- frankly -- we could use some of out here on the West Coast. 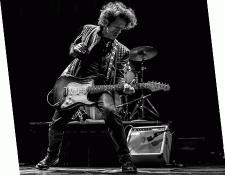 How about Willie and his band opening up for Bruce's next tour? That'd be a great double bill! If you're not familiar with Willie Nile's music, you can read some of my past reviews of his albums by clicking here and here.

That said, on New York At Night Willie Nile continues his home-run-hitting string of great albums that mine that well worn corner of pure Rock and Roll and street-wise soul spirit.

And it is just what the Doctor ordered...

True to form, this is a classic Willie Nile sound with twanging electric guitars, hook-filled choruses plus rocking riffs that bridge the gap between the Stones and Springsteen. 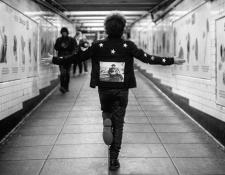 That was never more evident on "The Fool Who Drank The Ocean" which grabs the essence of The Stones' "Live With Me" and takes on a rich ride around New York's dark side. "Lost And Lonely World" is one of those songs based on those classic chords used on a bazillion other rock and pop music hits, yet once again Willie has overlaid a great melody and ear-worm worthy hook chorus to make it his own.

For me, the heart and soul of New York At Night is a track I suspect would be at the end of Side One of the vinyl LP version.  "A Little Bit Of Love" is one of those epic sing-a-long anthems you can't help chiming in on at first listen. "The time has come to the land of need, enough of anger, hate and greed... you and I can plant the seed" 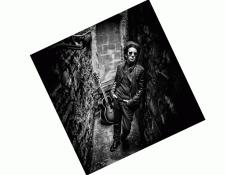 "Run Free" feels like what might have happened had U2 come out of New Jersey -- where the streets all have names --replete with glorious Gospel-like choral voices taking that song out like a sweet muscle car speeding through the Holland Tunnel into Manhattan.

I'm sure the whole of New York At Night will be streaming eventually but right now you can hear this song on Tidal by clicking here and over here for Qobuz. Both seem to be in CD quality (which is what I've been listening to) but Qobuz will be offering the album as a download in 88 kHz, 24-bit fidelity.

You can of course look for Willy's new album out on CD and on vinyl (click on any of the titles here in this review to jump Willie's page on Amazon ). When I get my hands on the on the latter I'll be sure update to update this review. 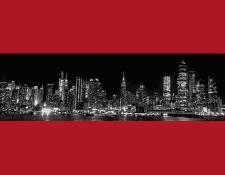 But for now it just feels good knowing some strong new rock 'n' roll is out there to help us get through these supremely surreal difficult times.

Willie has also written a song just for the Covid-19 crisis which he has posted on his Facebook page: "Occupy Your House"  delivering the poignant message" You can have your rock, you can have your roll... you can save your immortal soul."

When we are all safe and ready to party on the streets, Willie Nile's New York At Night will be a big part of that joyous soundtrack.  Turn it up!