Whether you know it or not, Dear Readers, your voice has been heard by the powers that be in the music industry. For many years during this most recent vinyl renaissance we are enjoying, there have been justifiable complaints about poor quality album production issues and bad pressings. However, beyond the established universe of Mobile Fidelity, in the last few years some very interesting boutique labels have arisen, raising the quality bar significantly. Companies like Resonance Records and Craft Recordings (via Concord Music) have been doing great work. These records are not always cheap, but they are generally of a very high caliber. 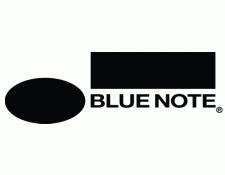 Even big concerns like Universal Music have been stepping up their game putting out some genuinely excellent reissues in recent years including the fine reissues/restorations of the Frank Zappa archives as well as legendary albums by The Band and even Elvis Costello. Many of these I have reviewed here on Audiophile Review so poke around via our search engine to look for them if you are interested (click here).

In fact, Universal has its own boutique reissue series I've been hearing quite a bit of buzz about lately dubbed Tone Poet, a brand which has been reissuing rare and obscure titles from the legendary Blue Note catalog to a very high standard.  The nice thing about this is that these LPs are priced quite reasonably for such audiophile-worthy pressings -- most mastered by Kevin Gray at Cohearant Audio, manufactured by Record Technology Inc. (RTI) on 180-gram dark black quiet vinyl.  These reissues feature period-accurate artwork, deluxe laminated-artwork, thick cardboard covers and -- most importantly --  rich analog mastering from the master tapes.

I've been meaning to check out some of these editions and finally got my hands on one by an artist and an album that I admittedly don't know much about: Sam Rivers' Contours. 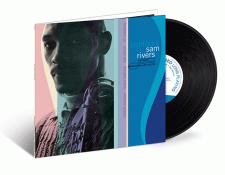 He's one of several performers that for some reason has never been on my radar - nor on my older brother's radar or any of my friends, for that matter, all of which influenced me while growing up. So it's really no surprise that I'd never really listened to his music prior to picking up this album.

How did I like Sam Rivers' Contours?  He's good!  This is not quite as wild and "out" as I expected given all that I'd read and heard about him leading up to this review, but I suppose that is a detail relative to the times -- in 1965 this might have sounded to some listeners as alien as Coltrane's Ascension.

The bigger question I was trying to get a handle on for this review is whether this reissue sounds like a Blue Note record might have sounded in 1965? 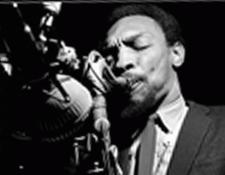 Since I didn't have an original pressing of Contours I cherry picked some older comparable recordings from my collection for some decidedly non scientific reference listening.  These included two from Herbie Hancock, Maiden Voyage and Empryean Isles, from 1965 and 1964 respectively -- both are 1966-68 second pressings. These albums were especially appropriate since they had much of the same band on them as this Sam Rivers recording: Freddie Hubbard on Trumpet, Ron Carter on Bass and of course Herbie's Piano.

My copy of Art Blakey & The Jazz Messengers at Cafe Bohemia Vol. 1 is likely a 1960 pressing with "767 Lexington Avenue" script on the label, in  Mono, RVG and the "P" in the dead-wax / run-out-groove, New York 23 on back cover address.  Blue Note aficionados will appreciate these details.

This was an interesting exercise as there seemed to be something of a sound to these Blue Note pressings, which is what I pretty much expected. What was also interesting was playback differences in the sound between two cartridges I have on two different turntables in my office/studio system. 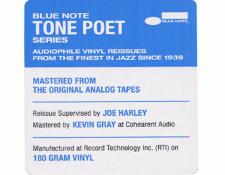 The Music Hall MMF 7.1 turntable has a Goldring 2400 cartridge (usually better for newer audiophile recordings) and the Esoteric transcription deck has a more forgiving Sumiko Pearl, (often better for older and wider grooved pressings). Indeed, the Sumiko seemed more consistent in the sound it was delivering -- the warm but clean Blue Note sound I was anticipating!  This includes a very crisp clean cymbal sound tone with lots of air around Tony Williams' drum kit and Freddie Hubbard's trumpet. Yet there is a somewhat compressed feel around the mid-ranges, especially the piano.

Coming back full circle, here is my takeaway about this particular pressing of Sam Rivers' Contours: it no doubt sounds great! But... I'm also not sure this mastering sounds just like what a Blue Note record from the period was like -- in many ways I suspect this sounds better!

That is a mixed blessing. For audiophiles it is great because you are probably hearing a less compressed impression of the master tape, with likely more headroom and dynamic range and the like. That is all good. 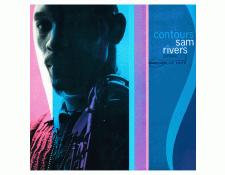 But that slightly compressed sound of the times is part of the sonic imprint of how that music sounded like to listeners of the period. Again, this isn't necessarily bad or good. Its just a likelihood (remember my comment earlier about this being non scientific!).  And, depending on how obsessive you are about hearing the sound of an "OG" pressing on your system, that might sway your decision whether to buy something like this or track down a clean used original if you can find it.

Perhaps the only area where there might be room for improvement would be in fixing tape wow and flutter.  For example, the very start of side two opener "Euterpe" seems to have fairly obvious tape speed problems resulting in wavering piano tones. Those might have been fixed considerably by Plangent Processes technology (which we have written about a bunch here on Audiophile Review).  But of course that would involve a digital stage in the process, but it still might make for a better presentation of what the music recorded really sounded like (as done by Bruce Springsteen and The Grateful Dead on their album reissues of late).