One factor that has not been dealt with effectively is the issue of "wow and flutter." These are the sonic anomalies in a recording caused by subtle-but-very-significant variations in tape speed and how the physical tape passes along the heads of the tape machine. In general, the lower the wow and flutter the better and more accurate the recording. 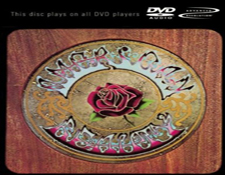 Plangent Processes answers the question: what if you could virtually eliminate the effects of said "wow and flutter" that happens when you play back a master tape to transfer it to the digital domain. Wouldn't it be great to be able to eliminate that unwanted anomaly which we know has been altering the sound of many of our favorite albums? Now, we get to hear -- essentially -- the music as it sounded when it was mixed.

What if you could correct for alterations made to the music from stretched tape stock -- yes, recording tape stretches, especially over time and repeated use in mixing and mastering -- wouldn't that be pretty amazing to get rid of those sonic warbles? Plangent Processes comes to the rescue again!

How Plangent Processes pulls off its voodoo wonderment is beyond the scope of this review (again, please read Steven Stone's aforementioned article) but the point is that this is a very welcome modern day alchemy that is now being embraced by some major entities in the music world who care about sound.  The Grateful Dead, Queen and Bruce Springsteen are among the first to dive into widespread usage of the technology and the initial results are pretty spectacular.

How it actually sounds is also difficult as hell to describe in words!

For this initial review, I'm going to just focus on this one Grateful Dead album, American Beauty. HDTracks.com has made available the ENTIRE Grateful Dead's catalog -- all of which has been painstakingly restored via Plangent Processes -- available as a collective virtual "boxed set." Yeah, that is a huge, daunting undertaking, but it sounds so sweet.

For the first time you are hearing these seminal recordings essentially sans wow and flutter and a number of other anomalies.

Well, there are lots of newly apparent little details (which add up to a greater collective whole) that were blurred over in earlier versions.  For the purposes of this review I compared this HDTracks download -- remastered by Dave Glasser of Airshow -- to the CD version that came with The Golden Road boxed set (as mastered by Joe Gastwirt at Ocean Way Digital), the recent 180-gram vinyl LP reissue on Rhino/Warner Brothers Records and the 2002 DVD Audio version (with its high resolution 96 kHz / 24-bit stereo mix option).

I'll start here: American Beauty as first recorded by engineer / producer Steve Barncard always did sound great and the original mastering was solid. It could have sounded even better, however. The transfers through the hardware and post processing added sonic anomalies.

That the HDTracks download version sounds better than ever is a pretty astonishing accomplishment given this is one of the most revered recordings of acoustic-flavored rock out there.

Its all in the details. I first noticed that the sound on the HDTracks download was somehow tighter and more accurate. But to just say that is too vague and just too much audiophile-speak for me.

A song like "Friend of the Devil" shows a lot more detailing of individual instrument sounds. As a musician I know what it sounds like to pluck a guitar string and specifically how that sounds coming through headphones and monitors in the studio. So this version sounds much more like if you were sitting there in the studio with Jerry Garcia and he started playing "Friend of the Devil" for you.  It's that direct. 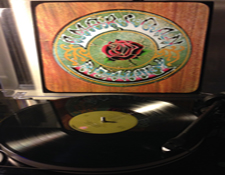 Then there are more visual things (if you will) I can describe, such as on the outro to "Till The Morning Comes," where I'd all but forgotten about the little bells that ride the tune out into the sunset there at the end. When I went back to listen to the CD I could see why I'd forgotten about it -- the bells are audibly going in and out -- mostly out -- of the mix on that fade out. It is a little better on the LP and a bit more steady still on the DVD Audio Disc but on the Plangent Proceeds HDTracks download the ringing sound is overall much more apparent, consistent and realistic. It is also no longer buried, yet does not feel out of place or awkward in the mix.

Its the difference between a little "dink" and a distinct "ding" -- now the bell rings true.

In speaking with Plangent Processes' Jamie Howarth I asked him about this detail and he affirmed that this is indeed one of the effects of his work. He said that "the reduction in fast flutter means the bell sound rings more purely and perceptually... a more sustained ring."

So think about it:  if a bell recorded on a master tape from 1970 can now audibly and perceptually ring more realistically via the Plangent process, imagine all the other details we may have been missed in our favorite recordings. Missed not because they were mastered poorly and not even because they were necessarily recorded poorly. We simply missed them because of the effects of wow, flutter and other related types of distortion inherent in the process of making recordings.

I could go on but at this point I think it is time for you to pick up one of the Plangent Processed-albums that are out there and judge for yourself.

One last thought before I close here:  consider that this Plangent process is a hybrid "digital" technology which is making "analog" sound better. If their results continue to enable the two worlds to coexist and make sweet music together happily ever after, won't that be a great thing?  I think so.