Can There Be Audio Peace Amidst Ongoing Format Wars?

I am frustrated. Even though I am a fairly technically inclined individual who can wire up his own home theater system as well as home recording studio, at the end of the day I just want stuff to work.  Simply... Seamlessly... 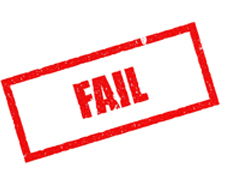 And one of the biggest offenders of "things not working" comes from the world of audio file formats where even in these 21st Century tymes, I still experience format compatibility hassles. It's the sort of teensy tiny nuisance that gets under one's skin to a point where you want to throw the durn thing out the window.

What is "the thing" in this particular instance?  A dang MP3 file. Yes, dang. Don't get me wrong, its a decent MP3 which came free with the new album by indie rockers Sebadoh (which I reviewed just yesterday, click here for that!).  The chain of events went like this: I was traveling shortly after getting Sebadoh's new album so I wanted to take it along with me to listen to in the car.  Not such an unreasonable desire given its 2019.  My first world personal challenges included the reality that I have an old cell phone so I didn't really want to use up space on it for music sync.  And I wasn't traveling that much where I wanted to be schlepping my iPad into the car just for this one album. So, I figured, I could copy it on to a flash drive and play it on my 2015 Subaru's car stereo (it has a USB port when generally only seems to allow playback of MP3s from a flash drive, thus I don't use it frequently). But... here is the rub: it wouldn't play the new files even though they are MP3s! 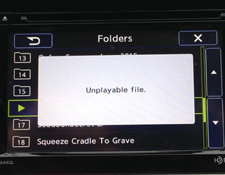 I got this message popping up on the car's screen navigator saying "unplayable file."  It might as well have just said: "fail!"

I'm not sure why but I suspect its because the 320 kbps MP3s are encoded at 48 kHz vs. the more common 44.1.  So I figure... well...  I'll transfer the files into a form that the car can handle.  Easier said than done.  I used to have a handy drag 'n drop file format decoder/encoder thingy on my old computer that worked well except I guess they stopped paying their fees to the powers that be who own the MP3 codec so it became less functional for me. My VLC player became a track-by-track processing hassle as did Audacity -- no batch conversion was possible, it seemed -- so I gave up on that. Even Apple's iTunes couldn't help me as it just made a clone of the existing MP3, not giving me any control over adjusting the dimensions of the file.

So, given that at this point I was on the road and frustrated, what did ultimately do to get around this so I could just listen to the bloody album in the car?  I went to Staples and bought an external CD burner (my new MacBook Pro doesn't have an internal DVD drive on it) and burned myself a nice CD-R copy which I could play easily, without hassle in the car's CD player. 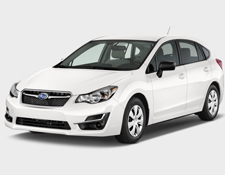 Laugh all you want about my car being old school -- actually having a CD player -- but I am thankful for it. I use it pretty much every day when I drive.

So here is the point where I whine a bit...

Why does this all need to be so hard?

I wonder when the world of profit-center-driven file-format-oriented businesses will get the idea that by making all these formats incompatible with one another they have set up a wall of inevitable dissatisfaction for the consumer, the ultimate end user. 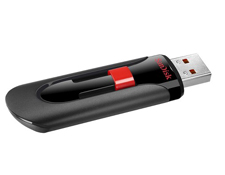 Its time to tear down the walls, folks...

In some ways, this underscores why Streaming is appealing to some people who either (a) don't need to own a physical product like a CD or LP and (b) have an endless or low cost data contract with their mobile device service providers. It basically "just" works for them.  Alas, I am not that person at present.

Anyhow, that is my tiny tale of woe for today.  But it gave me some pause to think about the so called "format wars" which seem endless (4K? 8K, Qobuz? MQA?). Periodically up on social media I see postings by people claiming one format superiority over another. In fact that divide is so strong that individual enthusiast groups have popped up supporting specific types of audio streams.

In a recent post somebody asked a question if Stereo was better than Surround Sound? These are two very different listening experiences, yet people were commenting on it -- often rather passionately -- pro and con... And that's what got me thinking (with apologies to Rodney King): can't we all just get along? . 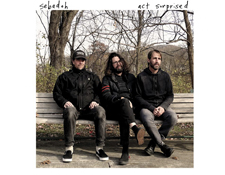 I mean really folks, there are so many different Cellphones, Stereos, Boom Boxes, Streamers, music-making doo-dads and what-nots out there that maybe there actually is room for audio to just be. To exist without question, without hassles, without judgement. Why does one codec have to trounce another?  Why can't all devices be like Oppo's late great universal players?

Sure, I know the answers. But I still don't like it as a consumer.

Historically there has always been a fight among manufacturers and technology developers for branding territory.  I get it. The fight is real and passionate, yet I wonder if it's really necessary at this point in time or if its even a good business strategy to try and achieve so-called "world domination" in any one particular market. This especially at a time where many companies have minimized their outbound marketing efforts, sometimes relying solely on half-baked social media communications to deliver their messaging.  I mean... (chuckling)... Why bother? 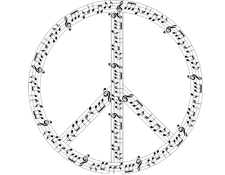 If your product or service offers good value and serves a niche, maybe they all can coexist?  With the passing of Oppo, opportunity remains to create new products that are more universal. Heck even Apple has begun to go down that path in some ways, now offering cable connections based on a more universal platform across multiple computers known as USB - C. How powerful is this to the consumer?  Very powerful, I think. Even for that simple real world consumer experience of being able to loan a friend your Apple power cable when they lost one for their PC and is on deadline for work. This actually happened to me recently.

That's really great. PCs and Macs finding some common ground to get along now. Peace and harmony on computer connectivity is a great step in the right direction. Maybe the audio industry will follow this lead...