First, I'll get to the crux of this tasty new biscuit containing live recordings from Frank Zappa:  the new Halloween '73 archival release from the Zappa Family Trust and Universal Music sounds wonderful. This review is based on the advance 44.1 kHz, 16-bit CD quality resolution download I received this week to be able to assemble this for you, dear readers, just in time for Zappa's favorite holiday, Halloween! It sounds good for what they are: four track live recordings made from the mixing board by Zappa's own team back in the day and newly digitally transferred (at 96 kHz, 24-bits), lovingly mixed, polished and shined for your listening enjoyment. 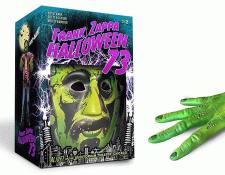 The version of Halloween '73 that will be available from places like Amazon (click any of the album titles to jump to that) and the official Zappa website will be made available on standard CDs, which is actually handy thing for those of us who still prefer physical media.

You might remember that the amazing Halloween '77 set from a couple years back came housed on a USB flash drive in a spiffy-creepy-fun Frank Zappa costume box (click here to jump to that review). Halloween '73 should initially come in similar limited edition packaging with a new Frankenstein-inspired costume design including spooky green monster gloves (remember, Zappa loved old monster and sci fi movies so this does all make some sense for those of you not in the know).

So your choice is whether to get the four-CD super deluxe limited edition boxed set or wait for a more compact version to appear.  Of course you can listen via internet streams on Tidal (click here for that version) and Qobuz (click here). Personally, I like having the physical "thing" in hand, but that is just me... 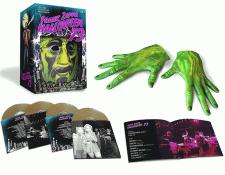 Anyhow, all that audiophile-y type stuff aside, the key thing about this set is you get to hear the beloved "Roxy" era version of Zappa's band at a crucial growth point, just after Chester Thompson and Napoleon Murphy Brock had joined the band.  And while many of the tempos are more moderate than say the double-speed madness just a year later in Helsinki Finland (click here for more on that concert), Halloween '73 shows us just how well oiled they were at the start -- a great, swinging jazz fusion band that could (and would!) only get better and better.

The other detail which makes Halloween '73 essential for the Zappa-phile is that there are terrific versions of songs that didn't really appear on a commercially released studio album in Zappa's lifetime.  Across these two Halloween shows you'll hear rarities like "T'Mershi Duween," "Farther O'Blivion," "Dupree's Paradise" as well as a nifty little bit of whimsy titled "Kung Fu."  All this is presented in nice crisp newly mixed high fidelity stereophonic sound. 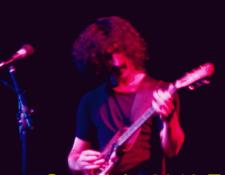 The version of "Big Swifty" in the second set is pretty epic. There is a fascinating early version of "Inca Roads" with the band playing it all super slowly like a late night hotel jazz bar band and George Duke singing in finest lounge lizard fashion before the tempos build up to more familiar territory. There are very different early versions of songs which eventually appeared on the Roxy & Elsewhere album. "Village of the Sun" is a bit more jazz fusion-y in flavor, if you will, but gets plenty funky when it needs to. The early version of "Cheepnis" is played intentionally more slowly so the audience could understand all the lyrics (Zappa directs the band on this from the stage)!

And if all those tricks weren't enough, Halloween '73 gives you some super sweet candy treats at the end:  a full disc of sound board rehearsal recordings of the band working through many of the songs they would perform in Chicago! 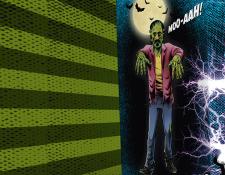 You get to be the fly on the wall a couple weeks before this show (10/20/73) as they fine tune "Penguin in Bondage," "T'Mershi Duween," "Eric Dolphy Memorial Barbecue" and "Dog Breath," The version of "Penguin..." is especially interesting as they do some different things in it arrangement wise which show up in these Chicago performances, but they are more distinctive in the rehearsal mixes.

If the concert recordings weren't enough of a draw for you, Dear-Readers-who-are-also-big-Zappa-fans, these rehearsals are going to make you very, very happy.

What more need I say? If you are a Zappa fan, especially of the Roxy era band you need Halloween '73.