What would you do if you woke up one day and found that your favorite record was missing from the universe? Lets say, The Beatles' White Album or perhaps the first Velvet Underground (VU) album... You know, the one with the Andy Warhol-designed banana on the cover that instructs you to "Peel Slowly and See." Classic recordings that are near ubiquitous today... 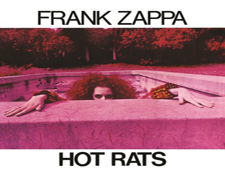 I mean... It is conceivable that if left to their own devices, some dark soul could snap up a lion's share of the available copies of a particular record. There is at least one fellow who created an entire store dedicated to The White Album and I've read a report of another with more than 800 copies of that first VU album...

Full disclosure: I own six LP copies of that VU record, but am down to just five White Albums...

The conceptual continuity connection behind this introduction and Frank Zappa revolves around Hot Rats, his 1969 release which has been lovingly re-issued on Zappa Records via Universal Music Group, now widely available around the world. You see, I was planning on writing about this reissue many months ago when the label kindly sent me a review copy.  However, circumstance derailed that effort (prompting me to first review other LPs in the reissue program, which you can now find by visiting my Pinterest page archive).

How was I derailed, you ask?

Well... My sad tale-of-woe begins when I went looking for my original LP of Hot Rats to compare/contrast with the new version: I was surprised to find it was missing from my collection. Yikes! Did I accidentally sell it when downsizing when moving several years ago?  Did someone steal it??  (Cue Zappa Audio: "Oh no, I can't believe it...")

Undaunted, I set out to find a replacement, thinking it'd be easy. Turns out it no simple a task! To appreciate this, you must understand that Hot Rats was very popular back in the day. LP copies were everywhere. Fast forward to the 21st-century and original pressings are remarkably fairly scarce. And, when you do find a copy it is either (a) very beat up or (b) an extremely expensive collectors item.

Who'd a thunk it?  (Well, I suspect that the folks at Universal and Frank Zappa's estate might have!) 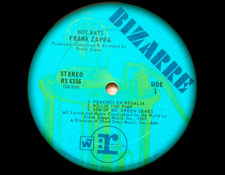 My search for le insaisissable Rats Chauds continued, including most every music store in San Francisco:  Amoeba Music, 1234 Go Records, Groove Merchant, Western Relics, Green Apple Books and Records and Rasputin Records.  The Originals Vinyl had one on consignment but it had been sold an hour or so before I'd arrived there.  In Santa Cruz, both Metavinyl and Streetlight Records were Rat-less. At at recent KUSF Rock 'n Swap meet, only ONE vendor out of the many dozens there had a copy but it was a late 70s Reprise Records reissue and I really wanted a copy on Bizarre. It got to the point where I was getting so desperate I was considering ordering a copy via eBay or Discogs...

Hot Rats has become Eeeeee-lusive, I tell you! (E-lusive with a capital "E").

Ever the bargain hunter, I kept my Zen-like head, took many a deep breath while trudging across the rat-less tundra -- I do like the treasure hunt aspect of record collecting -- until ("Great googly-moogly!") I found a reasonably priced copy at a garage sale... It is not in mint condition, but for $2 it gave me a clear reminder of the overall character of the original Bizarre Records editions of Hot Rats, something to compare and contrast with when listening to the new pressing.

This new 2016 edition is made from Zappa's original mix -- not his very different sounding "directors cut" like remix from the late 1980s as issued on CD (via the Rykodisc label). This is the real Hot Rats, Zappa's first solo album, a pioneering jazz-rock fusion landmark. Pressed at Pallas in Germany, the new version sounds pretty tremendous, restoring the album to its analogue grandeur after decades frozen in the 16-bit digital outback. 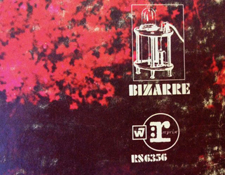 Lets take a moment to recount the key versions of Hot Rats the marketplace has seen (on LP and CD), at least here in the United States:

2012 Zappa Records CD of the original mix, mastered by Bernie Grundman in 2008

There are many more editions globally which you can read about here.

For those of you with eyes glazing over, I received some clarity from Zappa Vaultmeister Joe Travers to help you fully appreciate this new edition:

So there you have it:  the new Pallas-pressed Hot Rats is pretty much the definitive article. And it is a steal price wise: you can find it for under $25 new and it should sound basically the same as the now very pricey Classic Records editions (at least they seem to be pricey on Discogs).