Why Your Kick-Drum Doesn't Kick Part 5

In recent installments of this continuing series, I wrote about why speakers (or, more accurately, the diaphragms of loudspeaker drivers) have problems in trying to follow the audio signal that drives them. In doing that, I cited a number of the causes of "dynamic compression", which is a major factor in the loss not only of music's dynamics (the "kick" of a kick drum, for example), but of all kinds of other crucial signal information as a result of "undershoot" or "overshoot" by an uncontrolled (or not sufficiently controlled) driver diaphragm. I also wrote that this lack of adequate control (except within a very limited range of diaphragm movement) comes about, at base, because of just one simple fact of physics: Because the amount of force available to control the diaphragm increases or decreases LINEARLY with changes in the AMOUNT of diaphragm movement (Twice or half the movement gives twice or half the force), but changes in the amount of force NECESSARY to control the diaphragm increase or decrease greatly more than that, as THE SQUARE OF the diaphragm's change in VELOCITY. (Twice or half the velocity of the diaphragm requires FOUR TIMES or ONE QUARTER the amount of force to control it.) 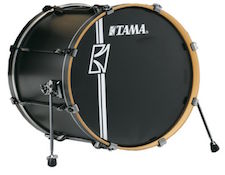 With this as a basic fact of loudspeaker physics, I asked (in Part 4 of this series) if we were "stuck with" it, or if there was something that could be done to either fix or at least minimize it. The answer was, as with so many other things, "Well, yes and no", and I promised to write about possible fixes next time, citing specific examples and "naming names".

In the final analysis, all of the problems that loudspeakers have in creating "perfect" sound come down to just two things: Getting their drivers' diaphragms to move exactly and only as directed by the driving audio signal, and transferring that movement to the air so that it can become the alternating pressure waves we hear as sound. To do these things, all speakers have two elements: The drivers - the parts that actually produce the sound, and the boxes (the "enclosures") that the drivers are mounted in, which, themselves can have, by their size and shape, their construction, and even their presence or absence, a strong effect on what we hear. For now, I'm going to concentrate primarily on the drivers, although more on the enclosures could certainly be an interesting topic for later articles.

Except for certain exceedingly rare kinds, all loudspeaker drivers consist of at least two elements - a moving diaphragm and a mechanism (a "motor") to drive it. A first and obvious thing to do to increase the motor's control over the diaphragm and possibly solve our problem of driver physics might well be to increase the "size" (read that as "strength" or "power") of the motor relative to the size of the diaphragm: One of the biggest problems in diaphragm control is to accelerate it quickly enough to follow the audio signal driving it (if not, we get "undershoot"), so, just as a car with a bigger engine will always (given constant total vehicle weight) accelerate faster, let's give our driver a more powerful motor. To do that, though, the first question to be asked is "How?", and (if we're using cone or dome drivers, and even some others, too) the easiest answer is just to give it a bigger magnet. If I remember correctly Electro-Voice,, back as early as the 1950s and '60s, used as much as 45 pounds of Alnico 5 magnet (!) on some of its biggest (18 and 24 and 30 inch) woofer drivers. Modern magnetic materials (neodymium, for example, or samarium-cobalt) are VERY much stronger than even the latest Alnico formulations, so increasing diaphragm control by using a more powerful motor could certainly be done.

Another way to get faster acceleration is, instead of using a bigger motor for a particular driven mass, to use SMALLER (read "lighter" of "less massy") driven components (the driver's diaphragm and the moving parts of its spider and surround) with a motor of ordinary size. Keeping with our car analogy, we could, in short, put the same size motor on a lighter vehicle. That may be one reason why so many modern manufacturers of even the highest-priced speakers, don't use huge woofers (like the 60 inch MTX, for example, or others in the 30 inch range from Electro-Voice, Fostex, and others), but, instead, choose smaller (read "lower mass") bass drivers - either one or an array of them - and many people (including me) say they sound better. One great example of this was the Kinergetics SW-800 subwoofer, which, with a stereo pair using a total of ten 10inch SEAS drivers, was not only able to produce bass well below 20Hz, but was "quick" and "knock-your-head-off" punchy. Another example is one of my current favorite speakers, the ACA Seraphim, which gets colossal "punch" (and really "kicky" kick drums) from paired drivers only 6 ½ inches in diameter . Importantly, it's not only bass drivers that benefit from a high ratio of motor to moving mass; almost all of the truly great cone or dome tweeters and midrange drivers seem also to have magnet structures far bigger and heavier than one would expect the size or mass of their diaphragm to require.

Incidentally, the car analogy holds true not only in that a larger motor (relative to the mass driven) will provide better diaphragm acceleration, but in that it will also make for better "engine-braking" to reduce "overshoot", once the driving power has stopped or reversed polarity.

In addition to "diddling with" the magnet and the moving mass, we could also try increasing the force of our drivers' spring elements: It seems reasonable that making the driver's spider and surround stiffer (read "harder to stretch or compress") should give better driver control. And indeed it might, but remember that although stronger spring elements would help more in pulling a faster-moving diaphragm BACK TO its "center" or "rest" position, they would also offer greater resistance to diaphragm movement AWAY from the center position and might, by doing so ― by slowing the diaphragm's acceleration away from its rest position ― possibly contribute to even greater "undershoot" than would otherwise be the case.