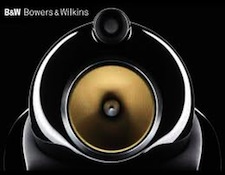 One of my favorite loudspeakers of all time has been the famed Bowers & Wilkins 800 Series. Over a year ago, I took delivery of my very own pair, bringing a lifelong dream to fruition. I reviewed the newly minted 800 Series Diamonds back in November of 2010 and came away more than a little impressed, proclaiming them to be among the best I'd heard. Since the publication of that review, the 800 Series Diamonds have served as a personal reference and seen almost daily use as my left and right mains in my reference system.

It was just before CEDIA last year that I entered into a conversation with Kimber Kable's Nate Mansfield, who himself is also a fan of the 800s. While our original conversation was about speaker cables, it quickly turned to my 800s, with Nate asking me about bi-wiring. I told him I don't bi-wire, because not every speaker that comes through my house can accommodate a bi-wire connection, so I've simply stuck with single-wire speaker connections. He immediately told me that I hadn't truly heard my beloved 800s then, because all Bowers & Wilkins speakers, especially their larger floor-standing models, benefit from bi-wiring. I've never been a huge believer in bi-wiring (though I almost always make my own jumpers), but the conviction with which Nate spoke - he does work for a cable company, mind you - got me thinking. Instead of bi-wiring, I decided to try something I had never done before: bi-amping.

To facilitate bi-amping the 800s, I had to use my Parasound 5250v2 five-channel amplifier. This meant no rear channels during my experiment, as I would be using four of the 5250v2's five channels for amplifying the two 800s. I would also have to configure my Integra AV preamp's height channels for bi-amping, which wasn't too difficult. I made four runs of speaker cable out of a bulk spool of Binary Cable from SnapAV and was off and running.

The difference between bi-wiring and bi-amping is fairly simple. Bi-wiring still uses a single amplifier channel for each speaker, it's just eliminating the need for bridging straps by carrying power along four separate conductors to the high and low binding posts of your speaker. Bi-amping, on the other hand, sends your amp's full power to your speaker's low and high binding posts, which in the case of my system meant that 250 watts of power were going to my 800's dual bass drivers and another 250 watts to its midrange and tweeter. Bass drivers are typically the hardest to drive, for they require more power than your typical midrange driver or tweeter, due their sheer size. Driving them separately via their own amplification a) puts less of a load on your amp and b) allows the bass drivers to be driven to their full potential for you're feeding them directly, versus having to shift power between an array of drivers. For midrange and high-frequency performance, more power directly fed to the source also equals better performance, especially with esoteric tweeters like the 800's diamond tweeter.

The difference between my 800s' performance with their included bridging straps being driven by 250 watts per channel and bi-amping was eye-opening. Bass notes possessed even greater texture and control than in previous listening sessions. Dynamics improved, as did extension, though I wouldn't say amplifying the 800s' bass section exclusively yielded deeper bass. Midrange performance opened up considerably, gaining speed and transparency in the process, and shedding a bit of Bowers & Wilkins' trademark controlled and dry sound. It's not that the 800s all of a sudden turned into concert JBLs  they just let their proverbial hair down a bit. More shocking was the improved performance of the diamond tweeter, which seemed to benefit as much as the bass, as it sparkled with more authority, extension, air and dynamics than ever before. While I hesitate to use phrases like night and day, the bi-amped 800 sounded like a completely different speaker - one that exceeded all my wildest expectations when first undertaking this little experiment. I also found that, when bi-amped, the 800s didn't seem as critical of the amplifier being used to drive them as it did the amount of raw power. I experimented with a Pass Labs X250.5 powering either the bass or upper frequencies (it's only a stereo amp), with my Parasound taking care of what was left, and came away with the sense that the added expense of the Pass Labs didn't yield the type of results it did when driving my 800s solo and full-range.

Having now heard what bi-amping can do for speakers, I now bi-amp every speaker that comes through for review, provided they can accommodate this, of course. I have yet to find a speaker that doesn't benefit. But bi-amping need not cost a fortune, for in all my tests, I've found the amplifier doesn't impact the sound as much as the amount of power it can put to the drivers themselves. That isn't to say you can simply throw a wad of junk at your speaker's drivers, but I imagine any high-quality, affordable multi-channel amp will more than do the trick. For those with five-channel systems, this means buying a seven-channel amp: four channels for your left and right mains, with three left over for your center and two rears. An affordable option that immediately comes to mind is Outlaw Audio's Model 7125 .Those with seven-channel systems will have to mix and match, unless of course you get your hands on a nine-channel amp, such as those offered by Integra or Onkyo. Those with AV receivers needn't be left out, for many seven- and even nine-channel receivers can be configured in their setup menus to facilitate bi-amping.

If you haven't yet tried bi-amping your loudspeakers, I'd give it a whirl, for I think you'll be pleasantly surprised at the results. As for bi-wiring, I still am not convinced, but then again, I make my own binding post bridging straps out of high-purity copper wire, instead of relying on the often cheap metal straps that the manufacturers provide.