The Hum Patrol and the Joys of a Meridian 561 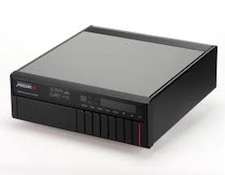 I wish I had a baseball cap that had the words "Hum Patrol" emblazoned on the front. I'd wear it any time I had to suss out a hum problem in one of my audio set-ups. Last week I would have worn it a lot.

The hum problem suddenly appeared one evening about twenty minutes into HGTV's "House Hunters International." My wife, Suzanne, turned to me and said, "What's that noise?" That noise was a 120 hz hum. Next day was hum patrol day.

The symptoms were as follows: The hum was only present when the source was the Anthem AVM-20 pre/pro. The hum went away when the AVM-20 was powered down. The hum did not go away even when the AVM-20 had no source devices connected to it - nothing but the AC cord and the 7.1 analog outputs going to a Parasound P-7 multi-channel preamp.

I did all the standard stuff, like floaing the ground, reversing the plug, trying different power cords, and connecting a wire between the Parasound and Anthem to establish a common ground-plane. Nothing worked to reduce the hum, except turning the Anthem off. After what always seems like way too much time, I came to the conclusion that nothing I could do was going to solve hum problem. So, I chickened out and took the AVM-20 out of the system.

Downstairs at my test bench the AVM-20 was silent as a grave. No hum. Now, that is what I call a system incompatibility.My solution was to punt - I pulled out my longtime fave Meridian 561 pre/pro to take its place. What a lovely, understated piece of audio gear!  And 561s are dirt-cheap these days on the used market. I see them go regularly for less than $300.

The Meridian 561 works beautifully as a Direct TV digital decoder. It recognizes all the standard digital codecs including DTS (not that I've ever heard of Direct TV using DTS - it's pretty much a Dolby Digital, AC-3, THX world for Direct TV's audio stream), and the Meridian 561 has all that covered. Also the Meridian is so quiet - to hear any noise at all I needed to turn it up too 100 (the highest volume possible) and all I got is a very low-level hiss.

The more time I spend with the Meridian 561, the less likely I am to go back to the Anthem. Not that a fully working Anthem wouldn't be the Meridian's sonic equal, but much of what the Anthem does I don't need or use (such as a built-in FM tuner).  The Meridian does just enough to be an outstanding Direct TV decoder (which was the Anthem's primary function) without all the extra stuff. Factor in that I actually like the original Meridian MSR remote and you have a nearly ideal solution for that system.

If your primary video sources are Satellite or Cable TV and a Blu-Ray player, using the Meridian 561 as the audio interface for video could be an elegant low-cost solution for you as well. One word to the wise - don't get the Meridian 565 instead of a 561. The 565 was one generation earlier in production (but at the end of its run it did have an option for 24-bit rather than 20-bit DACs) and lacks the input flexibility of the 561, but is priced about the same on the used market.