This morning, after completing my high-priority "must do" tasks, I logged into the Massdrop site to see if they had any new listings of audio gear I might be interested in. I learned about Massdrop through the Head-Fi site - I noticed some of the posts there were about products that are only available through Massdrop, so naturally I had to check them out. 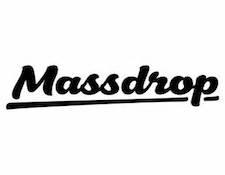 So, what's the deal with Massdrop? How did it get to be one of the best spots on the Internet for above average products at below market prices? It's all about connections, the good kind.

First off, Massdrop differs from other "group buy" and "group funding" sites in several fundamental ways. It is not a place for experimental art projects that may or may not come to fruition. Everything on the Massdrop site (with an occasional rare exception) are products that have already established a track record and are in production. Headphones from Beyer Dynamic, AKG, Etymotic, Ultimate Ears, Westone, Philips, Brainwavz, NuForce, Grado, and Fostex join electronics from Grace Design, Violectric, Dark Voice, Aune, Gustard, Chord, Astell & Kern, and FIO in Massdrop's regular listings. You'll also find plenty of gear that you may not have heard of or seen before, but every drop has discussions that help fill in any details that aren't in the original listings. 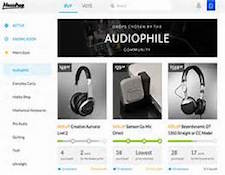 All drops have several different price tiers based on the number of units sold - sometimes as few as five sales will trigger the lower price tier (for all purchasers) Whatever the number, it's always listed clearly so early adopters know what the odds of getting to the lowest price tier are (usually the lowest price is reached, even on some of the higher-priced offerings).

Massdrop also specializes in commissioning special versions of existing products. Recent exclusives included a Massdrop version of the AKG K-701 headphones called the K-7xx, as well as a version of the AKG K-551, called the K-553. These two headphone models weren't merely rebadged versions. Both headphones had changes based on recommendations from Massdrop's discussion section. I have K-7xx. When I compared the K-7xx to an original Austrian-made K-701 (the K-7xx are made in China) I preferred the comfort and sound of the newer K-7xx over the original version.

Massdrop regularly polls its members to determine which products they would like to see - and sometimes Massdrop even commissions a new product based on members' feedback - they did this recently with Grace Design. Grace Design is known for their 900 series of DAC/headphone amps - the 902 and current version, the 920. Massdrop went to Grace and collaborated with them to create a desktop DAC/headphone amplifier called the m9xx (notice Massdrop's naming methodology) with a MSRP of $799 which Massdrop has the exclusive rights to sell (they sell it for $499.99). I've got one for review. It's a fine device which reminds me of a slimmed-down Aurender Flow. 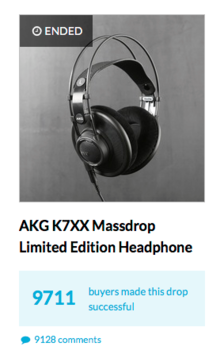 So, how much product does Massdrop move? If the numbers listed by the "finished" drops are any indication, Massdrop sells a ton of gear. Here are a few examples of drop totals - they sold 2053 Obejctive DACs, 6318 sets of velour earpads for the AudioTechnica ATH0M50x, 4438 Nuforce NE-600X in-ears, 1933 pairs of Fostex TH-X00 headphones, and a whopping 9711 pairs AKG K-7xx headphones.

Unlike other crowd-funded or group buy sites, Massdrop sells legitimate products that offer high value without having to go through multiple steps (like Groupon), or ending up with stuff that is not as originally advertised (like on Indiegogo and Kickstarter).

This morning I'm listening to Mark and Maggie O'Connor's Duo album via Tidal through my pair of AKG K7xx headphones connected to the Grace m9xx DAC/Pre/headphone amplifier, both from Massdrop, and the music sounds sublime...