Yesterday I received the latest sales figures for headphones from the most excellent researchers at Futuresource Consulting. They found revenues from headphones had, in their words, "surged" 26% in the last quarter, Q3. So far for the year, headphones sales have accounted for $5.5US billion worldwide. 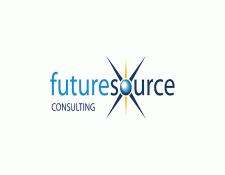 In his report Futuresource Consulting research analyst Luke Pearce found, "All this activity is the result of consumers demanding more features, as they seek to upgrade & spend money on products for new emerging use cases in the aftermarket for headphones. Within in-ear, wireless and true wireless headphones are drawing the crowds. For the over-ear segment, sales are being fueled by demand for wireless too, but combine this with noise-cancelling technology and your product could be high on a consumer's wish list. Sales of Bose's QC 35 II, still performing well even after a year of sales..."

Jerry Del Colliano reviewed the Bose QC35 for Home Theater Review, and I covered them for another publication. We both agreed that their ergonomics, noise cancelling, battery life, fit, and design was first rate. The only thing they lacked was anything above mediocre, polite sound. So far, the only Bluetooth/wireless headphones I've heard that you can begin to take seriously from a sonics point of view are those equipped with Bluetooth 4.2 and either aptX HD or Sony's LDAC protocols. 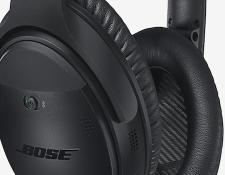 For audiophiles there is plenty of good news on the wireless headphone front - the latest generation of premium smart phones and portable players are supporting the higher-level Bluetooth codecs so when connected to a headphone that also supports higher resolution codecs the results are, in some cases, sonically on par with a wired headphone. Bluetooth wireless headphones can be musically involving and are certainly worthy of an audiophile's attention.

When it comes to wireless headphones, sound quality is a feature that only comes into play when the devices move into price ranges where they have already exhausted more in-demand ergonomic features.

If you look at "smart speakers" you see the same trends - people are buying smart speakers not due to their sound quality, but their ergonomics. The irony, from an audiophile point of view, is that according to Digital Music News smart speakers' primary function is playing music. According to Deloitte Global Consumer Survey respondents between the age of 18 and 75 years use their smart speakers to play music 60% of the time. Also, according to the study, "smart speakers will be a $7 billion business by the end of 2019. That's a 63 percent jump over 2018 projected revenues of $4.3 billion, and just one of several bullish projections for smart speakers." An article released recently on Fast Company states, "...most of the smart speakers sold cost far less than the HomePod. Smart speakers with prices between $200 and $400 made up only 5% of unit sales."

This all reinforces what I've written in other blogs - except in very rare cases audiophiles will not find smart speakers to be anything but mid-fi devices.

So, those engaged in the hobby of audiophilia can rest assured that they will remain as marginalized in this new age of smart phones, streaming, and wireless audio, as they have been throughout the history of consumer audio products...