Digital and Analog - Which is Better?

One has a warm, lush presentation. One has expansive dynamics and low noise. One, it is said, is compromised technically. One, it is said, is technically accurate. One is this, the other is that. Comparisons could go on till rapture and there will be little in the way of collective agreement on which is best, digital or analog. Personally, that seems very natural and logical to me. We humans in general and audiophiles specifically can find voluminous ways to disagree about most anything. 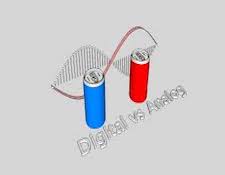 There is little doubt that from a strictly technical standpoint, digital is a technically superior format. Of course, there is that little matter of the "digital harshness" that irritates so many proponents of analog. Should we therefore infer from that perspective that all digital sounds bad? Some, many perhaps, would say yes. However, I've heard digital sound captivatingly wonderful on quite a few systems and absolutely on my own. Digital done right can be electrifying.

And what about that analog format that is purportedly technically inferior to digital? Is it truly inferior? Not only can the mastering yield vastly different levels of sonic excellence, but LP playback in general presupposes the system is of a certain caliber and is set up correctly to deliver astounding sonics. What, for instance, happens to the sound if the cartridge setup is horribly incorrect? The sonics can be gratingly inferior. Yet done right, an LP can sound positively magnificent. I've heard analog sound exactly this way on quite a few systems and absolutely on my own.

So why all the disagreement? Why the continuing argument surrounding which one is best? I suppose this pervasive disagreement is the same argument Ferrari owners have with Lamborghini owners when they talk about the absolute pinnacle of Italian world class sports cars. I doubt there will ever be any agreement in that argument and I'm confident the continuing debate between analog and digital will rage on as well. 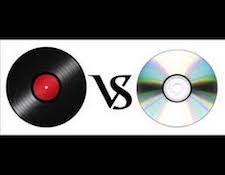 Despite the continued vitriol, despite the comments posted on web sites, despite the disagreements held in person, no clear agreement seems forthcoming. Analog devotees remain resolute to their format just as do digital proponents to theirs.

One of the problems in one side attempting to dissuade the other from their inherent belief structure is that the entire question is one of both science and emotion - and those two factors usually collide. When one who prefers an LP is asked why, they usually answer something along the lines of the way that digital is mastered yields a harsh, irritating sound and is therefore unlistenable (science) while analog is warm and natural sounding (emotion). Ask a digital devotee to explain their preference and the answer will be something along the lines of increased dynamics, clarity, and the lack of surface noise -  mainly "pops and clicks." Not surprisingly, that last one is not typically even an issue with those who love analog, they easily disregard surface noise just like the necessity of constantly changing an LP to the other side.

So what of ease and convenience? How could an analog playlist ever be as easy to manage and effect as one in a digital format? Well, here there is no doubt, analog is less user friendly. Of course it should, then, come as little surprise that most LP advocates actually enjoy that aspect of the musical presentation - that the act of changing an album is part of the process and getting up about every fifteen minutes or so is willingly acceptable. They euphemistically call it "nostalgia" and expect digital fans, diametrically in opposition, to cooperatively understand.

The line "you say tomato, I say tomahto," from the song in the Fred Astaire movie "Shall We Dance" comes to mind. 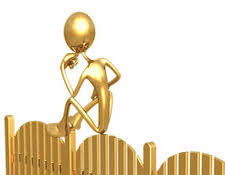 So what is exactly the point of this little diatribe? Where is my own particular line in the sand? Would the term "dotted line" be fair? Because in all honestly, I don't have a dog in the fight. Because, in all honestly, I like them both, each for their respective glory. On some days, I power up my tubed phonostage several hours before a listening session, fill the KLAudio Ultra Sonic record cleaner with distilled water, pick out a handful of albums and wait until later in the day when I can begin cleaning and playing LP's. On other days, I pick up the iPad, add any number of selections to the queue or call up one of several predetermined playlists in JRiver, settle into the listening chair and enjoy. On LP days, I am unconcerned about pops and clicks and how often I jump up to change an album. On digital days I revel in the simplicity of the simplicity brought about by the digital format. But here's the thing, regardless of which mode I'm in, I think both sound absolutely magnificent - each in their own way. Unlike the staunch devotion each has to their own format, I enjoy digital and analog equally. Ask me on certain days which one I prefer, I might respond with either one as an answer. Ultimately, however, I enjoy both equally, definitely as separate entities, each for their own particular attributes, each for the musical presentation they convey. 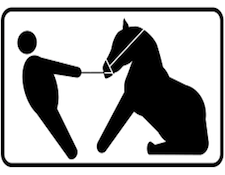 Will my position change the mind of those with polar opposite opinions? Of course not. Just as the Ferrari owner won't dissuade the Lamborghini owner which is best. There will always be disagreement on this, and many other subjects in high performance audio. I also don't really believe an answer should be ascertained. Because really, what fun would it be if there was any one consensus of opinion?