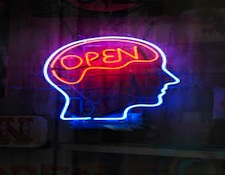 You know, there really IS a difference between "open-minded" and "empty-headed". Unfortunately, altogether too few people seem to know what it is.

In this country, "open-mindedness" (or at least the IDEA of open-mindedness) is regarded as one of our greatest virtues. From childhood, we're taught to be "reasonable"; to avoid "absolutes"; and never to reject anything without trying it. (Think, for example, of all the mothers you've seen trying to cajole their children into tasting some new food for the first time by saying "An American [boy or girl, as appropriate] always tries everything"), and one of the greatest of our cultural sins is "discrimination" - which is automatically assumed to be the opposite of open-mindedness, and which we are taught to think of as always being some kind of negative thought or action directed against practically any kind of person, practice, thing, or belief different from us or our own.

It's the same thing with pre-judgment, which in our cultural context is immediately taken to mean "prejudice", and is therefore something always to be avoided and, if avoidance isn't possible, something to be ashamed of in every instance. 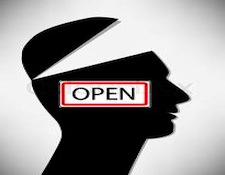 All that is, of course, utter nonsense. The reality is that being open-minded is a virtue only in certain limited circumstances, and that discrimination (the ability to recognize differences) and the ability to make advance judgments ("pre-judge") based on prior knowledge or experience are two of the most important factors in our survival as a species; our viability as a culture; and our personal success as human beings.

They're also really helpful in keeping our thoughts straight as audiophiles.

Let me give you an example: In my most recent article (the one about the "magic" outlet cover wall plates), I committed the (so they tell me) heinous act of dismissing voodoo as voodoo, WITHOUT getting samples and spending the foolish amounts of money necessary to acquire what seem to be just cheap ceramic wall plates at $30 or maybe even $40 apiece (several, scattered around the room, were recommended), and also without spending the rather considerable amount of time and effort that would have been necessary to attempt a truly "fair" test of whether or not they actually worked. 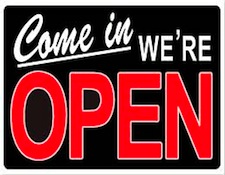 For doing (or, rather, NOT doing) that, a whole gang of people came down on me with the verbal (actually written) equivalent of both feet in hobnail boots: Their main themes were (paraphrased, of course): "You're a reviewer; how can you write a review without listening to what you're writing about?"; and "If you didn't actually LISTEN to them, you have no idea at all of what they actually sound like, so how dare you say they're a waste of money?"; and "You're just as bad as the trolls who say that cables don't work"; and "How can you attack a product for not being scientifically justifiable if you don't use the scientific method to test it?"; and (on the other side) "Why must everything have a rational explanation; some of us will try anything simply because we can't afford to buy the best stuff out there, so if some tweak will get us close, no explanation is necessary"; and, of course, one form or another of the classic "You suck!".

My response is that I'm NOT a reviewer; you'll never, ever, see a review written by me about any product. Instead, I'm an opinion/editorial writer, which means that I pretty much get to write about whatever I feel like, and I have almost sixty years (more time, I would venture to say, than most of you have been alive) of experience in this hobby and this industry, both as an audiophile and as an industry professional, to draw my opinions from and to give them solid backing!