Yet Another Story About Why Vinyl Sucks

A few weeks ago, I took a very quick trip to Denver (at the special invitation of the Illuminati based at the Denver Airport) to shake some hands and hear some good audio at the regional Rocky Mountain Audio Fest show. I did a quick show report called "The Good, The Bad and the Ugly" right here for AudiophileReview.com, which had some of my thoughts on the show and perhaps more importantly the endangered future of this beloved audio-video hobby of ours. The editorial piece got pretty good feedback and comments from people who went, wished they went, or were glad they stayed home. 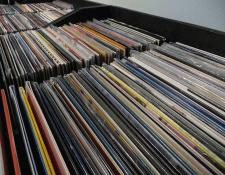 One comment of note is from Dave Clark, the editor at Positive Feedback, another audiophile online publication and someone that I don't actually know. And while well intentioned, like many audiophiles his comments took us straight into the "post factual" world that we all sadly live in. He was defending some of the things I criticized the RMAF show for (it's a bunch of 70-year-olds who worship old technologies over new just because they are old, etc,) and started in on the vinyl topic by saying "Vinyl still sells and is still the King." I just can't allow this type of comment to stand. Nobody who understands music playback formats and the music industry can possibly believe this level of incorrect hyperbole.

The facts show the truth so let's dig into them. First of all, in 2018 playing back music on vinyl is a kitsch, retro hobby, but nothing close to state-of-the art performance. I have said it over and over, and I am backed up by the math--an LP at its best can reproduce about 65 dB of dynamic range at most. Granted, no widely released recording is going to max that out, but do you really want your noise floor that high. An outdated Compact Disc can easily outperform vinyl in terms of dynamic range, but today's HD file or HD stream can give you literally master tape levels of dynamic range. 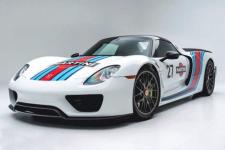 Why invest in a fast car to put 50 octane gas in the tank? For some reason, audiophiles do it over and over again and are willing to go on and on about how vinyl is "the best," with nothing other than subjective non-facts to back up their argument. Vinyl is also very distorted. The physical nature of the stylus going into the groove of the record physically creates noise that enthusiasts pay tens of thousands of dollars to get out of their electronics but then feed right in via an antiquated source like vinyl. There's also the fact that a new piece of vinyl sounds its best on its first play, and then gets worse as it physically wears out. How do any of those details make any sense in a world where you can buy a master-tape quality, digital file of a recording for $20? Or, better yet, stream HD-level tracks from a nearly infinite catalog for a mere $20 per month? What self-respecting audiophile seeking the best in performance takes a low dynamic range, high distortion, 100-year-old source over a state-of-the-art, high dynamic range, low distortion, often beautifully remastered facsimile of the actual master tape? 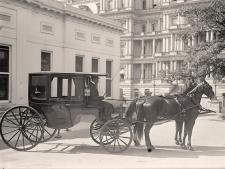 So, let's address the top of "still sells" and "is the King." Horse-drawn carriages still sell, but they don't quite do the same numbers or offer the same technological advantages as, say, a Tesla. Here are the facts from the RIAA: In 2017, the music industry did about $8,900,000,000 in total sales--all formats combined. Of those total sales, paid streaming did 65 percent, with digital downloads pulling in another 15 percent of the 8.9-billion-dollar haul. Physical discs made up a mere 12 percent of the total 2017 sales according to the RIAA. Of that 12 percent slice of the pie, Compact Discs made up about $1,100,000,000. Vinyl made up roughly $384,000,000. So, yes, vinyl does "sell," but it is fully crushed in term of sales volume by the dead format known as the Compact Disc. Moreover, even if you combine CDs and Vinyl sales together, their 12 percent market share is pathetically small compared to the 80 percent market share that is the combination of paid streaming and digital downloads. Those are the facts. Here is the proof. No subjective, effusive words and abstract concepts. Just facts.

The audiophile hobby is at a critical crossroads today. Too many of the elders refuse to embrace new technology that can push the performance barriers for musical playback. There is somehow a religious-like draw to older, lower-performance technology. Does Ferrari ignore the possibilities of what electric cars can do? Not a chance. Same with Porsche. State of the art, bleeding-edge technology that is designed to push the barriers of what a performance car can do is at the heart of the statement the best automakers are sending to the world.

How does feeding your audiophile system lesser source material when there are super-affordable ways to get master-tape-quality music right in your home via streaming and downloads get you better performance? There are too many audiophiles who simply ignore the facts, the math, and the science to go into the 100 percent subjective argument of "my ears can hear the difference." Can they? Really? How many get their hearing tested to see if they have normal hearing loss that can be expected in men of a certain age? I get my hearing tested at Cedar Sinai each and every year so that I have the facts as to what realistic hearing loss that I have suffered over time. I've seen Metallica enough times (without ear plugs in the early days back at the Philadelphia Spectrum) to know my hearing isn't perfect to 20 kHz, but it's still very good for my age. Even with that empirical evidence about my own hearing, I still add additional facts, science. and measurements to my outlook on audio and state of the art music playback. A purely subjective outlook on audio playback is respectfully just bullshit. By all means, you need to trust your ears, but backing up your observations with facts makes for a much more considered opinion. 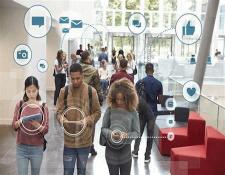 The audiophile hobby needs a sea change to survive the next ten years. New technology that can get you closer to the musical event or actual recording must be enthusiastically embraced. Esoterica and snobbery by audiophiles, retailers. and others in the hobby must be eradicated. There are about 75,000,000 Millennials in the United States alone, and they love music as much as (if not more than) any generation before them. They also love forward-thinking technology. They've grown up in a time of momentous technological innovation. We now can deliver music streaming to this tempting demographic in an affordable way and nudge them into our hobby with better speakers and DACs and amps and so forth. But not when the gatekeeping elders are still walking around the regional shows insisting that archaic playback mediums are as good as it gets. The time for change is now, and I'm going to keep beating this drum until the some of the stubborn elders finally hear it or just fade out of the scene.