In the last installment of this new series on what our stuff is made of, after a brief summary of what had gone before, I started to write about some of the metals that High-End hi-fi manufacturers have used in building their products. In doing that,  I skipped right over the structural, weight, and/or appearance issues of metal construction, and made no mention at all of different metals' differing abilities to conduct heat if used as the chassis or as cooling fins for an air cooled amplifier or other hot-running component. 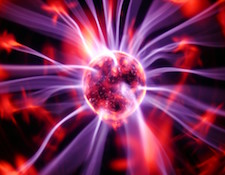 Instead, I went right to their electrical properties and said that, for electronics use, the two things I find to be most important are a metal's ability to conduct electricity (its "conductivity" or "resistivity", both of which are really the same thing, just viewed from different directions), and whether or not it can take and hold a magnetic charge. Of those two, I said that the conductivity/resistivity issue was by far the more universal and went on to talk, first about the importance of resistance to the transfer of electrical energy, then about how different metals  -- and even different alloys of the same metal - have different measurable conductance or resistance (its reciprocal).

Finally, I closed by saying that "Elementally pure materials almost never occur in nature, and the metals used in connectors or for equipment chassis are no exception: What that means is that practically all of the things we normally speak of as metals are really alloys of some principal metal and one of more other metals or chemical components, and all have distinct electrical and other properties - including, some say (NOTE: Here's the part where both audiophiles and trolls may want to prick-up their ears), a different sound.

If that last is true - if different metals and even different alloys of the same metal do, as generations of audiophiles, including me, have believed, and The Absolute Sound's Enid Lumley may have been the first to write about, have a different characteristic "sound" - HOW COULD THAT POSSIBLY COME ABOUT? 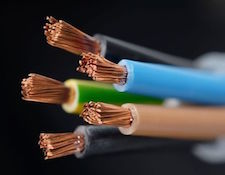 It can't just be the result of resistance: With any conductive material at all, you can add or reduce the total resistance to current flow just by (while keeping the material and diameter constant) lengthening or shortening the conductor, and that does (unless the change in length is really huge) nothing at all except to make some small change in signal level. It certainly does not make a change in the basic characteristic of the sound the way that (at least according to us believers) changing from copper to silver (or the other way around) might do, or in at least one case, did:

Many years ago, I sent my then-reference Klyne SK-5a preamp back to Stan Klyne, its designer/builder, for a recommended update. While he had it, Stan called me and asked I'd like for him to also change the (approximately 2 inch [5 cm]) wires from the circuit board to the chassis-mount RCA input and output connectors on the back of the unit. I asked if he had already tried it and he said no, but that he thought it might be a good idea, so I agreed and he made the change to my preamp and to another one for himself.

When my now-modified preamp got back to me, I set it up, plugged it in, found it to be bright, harsh, and "nasty-sounding", and called Stan to tell him about it. When I did, he told me that the one he had modified for himself was having the same problem; suggested that we try letting both units "burn-in" for a couple of days and, if that fixed the problem, fine. Otherwise, if it still didn't sound good, I should send it back to him and he would change it back to the original copper wiring, which was what wound-up happening, and restored the preamp to its original tonality and easy-to-listen-to quality. 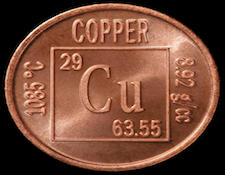 Remember, please, that those were just two inch pieces of metal, and yet they were able to make a difference sufficiently great that both I and Stan Klyne - two industry professionals who have been praised for our work (which one might reasonably think of as requiring at least adequate auditory acuity) by the public and both the industry and enthusiast press -- found it to be not just noticeable but annoyingly so. Most importantly, we found it to be same kind of annoying on two different examples of the same preamplifier, auditioned separately, on different systems, hundreds of miles apart ― which should effectively overcome any claims of "placebo effect" or coincidence by our detractors.

So if even a very short distance of metal wire, involving very little resistance, can change the sonic character of a piece of audio gear, more and differently than a large change in the length of the same kind of metal, it can't be the resistance that causing the change. So what is causing it? 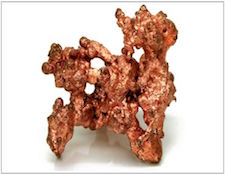 The two most common possible answers - both of which have been roundly attacked by their doubters - are: First, that different metals are differently subject to self and mutual inductance, and therefore are more or less prone to "eddy currents" that affect and modify signal flow by augmenting or partially canceling it in a manner equivalent to algebraic addition, And second, that the presence (in copper wire, only) of "micro diodes" of copper oxide between the  crystals of the metal acts to "filter" or otherwise modify any electrical signal passing through it and thus affects and possibly even adds a characteristic "sound" to the metal, itself.  Copper oxide occurs in two stable forms, Copper (I) oxide (cuprous oxide, Cu2O) and Copper(II) oxide (cupric oxide, CuO), and both of them are known to be semi-conductive in thin films or their equivalent, such as may be found between the crystals of a copper wire.

Additionally, Copper (I) oxide is also known to be diamagnetic, which means that, in the presence of a magnetic field like the one that forms around any conductor when an electric current is run through it, it adopts a magnetic polarity opposite that of the field energizing it. That could also act to modify or partially cancel signal flow and could, just in itself, affect the "sound" of a conductor.

Fun, huh? More on this and other things next time.