Invite an Expert to Hear Your System? Why Not!

I was recently reading a show report from Jon Iverson on the Stereophile web site about, while at CES, taking Graham Nash to the On A Higher Note room to not only listen to music, but listen to HIS music. Imagine the risk Jon and Philip O'Hanlon were taking here! Let's face it, who better to make an accurate appraisal of Graham Nash's music than the artist himself? 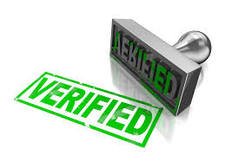 Honestly, I think it would be a wonderful idea for things like this to happen more often. I realize the difficulty in pairing a recording artist with an audio show and I'm not surprised that CES was the chosen venue. Because Las Vegas is, at any one time, awash with stars of varying notoriety, having Graham Nash there, while certainly notable, wasn't as remarkable as it might have been somewhere else. Perhaps it was easier to pull this off in Las Vegas than some other show in some different city. But wouldn't it be nice if this type of attendee visited more audio shows? Imagine the interest it would bring?

Reading Jon's article reminded me of the time, about a year ago, when a friend brought to my home a friend of his to hear my system. This fellow was trained as a professional musician although he wasn't making a living at the time in the music industry. I found it really enlightening to have someone who attended college and was degreed in music, who played professionally at one time in his life, and who had worked in recording studios, to tell me things about what I was hearing that I had not previously realized. To say his visit was enjoyable and informational for me is an understatement. 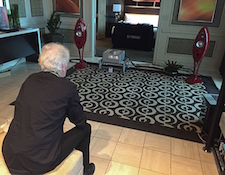 As audiophiles, we spend many countless hours listening to music in search of something. Perhaps we seek verification of some aspect of our system's sonics. Maybe we look for accuracy, clarity, dynamics, imaging, or, well, all of the above! Yes, we want the perfect recreation of what the artist intended us to hear. We want what the musicians, the producers, arrangers, recording engineers and everyone else who diligently worked to release music to us, the buying public. We want to know if what our systems produce musically is consistent with the artist's vision. But we really can't fully know that can we?

Our ultimate judgment comes in the form of what we look for in sonic excellence. Because the likes and personal preferences of any one group of individuals varies so widely, the makeup of the sounds our systems produce, and how the music ultimately sounds also varies widely. As it applies to audio, we pursue those sonic preferences through system choices. Some may like profound bass, some may not. Some may place a higher value in dynamics than other sonic virtues - its all on how we choose to tailor the coat that is our music. Just as the variation that comes in what we as individuals like, our interpretations of how the music ultimately sounds on our audio systems will also differ. 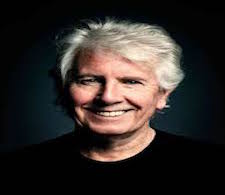 Just imagine, if you will, having Graham Nash visit your audio room and tell you yes, your system is producing the exact sound he was going for in the studio. Do you think you'd be excited? Do you think you'd find any better verification that the decisions you made on system choices, the work and effort you put forth, and certainly the money spent were all correct choices? All it would take would be Graham sitting there in the sweet spot telling you, "yes sir, that's got it" and you'd be ecstatic.

Likely though, for most of us, that won't be happening anytime soon. Ultimately, we are forced to be our own vision of the artist's intent and the music's character. We act as judge, jury, and executioner of our own audio system. We interpret what we think the music is telling us and set forth upon the task to realize that sonic statement. Sometimes we get it right, and unfortunately, sometimes we don't. Regardless, how we choose to construct an audio system the choices are ours alone. Because ultimately, it's the individual owner who is enjoying the music their system yields. And that's all part of the fun and adventure of high performance audio - Graham Nash is optional.