What Does Master Quality Mean to Me (or You)? 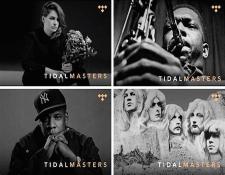 "Sounds as good as the master", "Master Quality!", "Reproduces all the original master's sound quality" are all statements I've heard or read during the last couple of months. And all this buzz about "masters" got me thinking about what is and is not a "master" in my small dusty corner of the audiophile universe.

Since I make recordings, and have for the past 50 years or so, I have what I call "masters" in more formats than you've got fingers...1/2" tape, ¼" tape, cassette tape, PCM-Beta, PCM-VHS, DAT, CDR, micro SD card, hard drive, full-sized SD card, and USB stick...these are the original first-generation made real-time recordings of musical events. Often, I've had to edit these raw recordings. I call those edited versions "production mixes."

Sometimes the edit is simply removing dead space, but even in that case it is a different file, and it is one-generation removed from my master. In the bad old days of cassettes, that difference could be rather substantial...but nowadays...the sonic differences between a 192/24 or DSD 5.6 production mix from my original DSD 5.6 recordings are sonically undistinguishable from my masters 99.9% of the time (gotta allow for that black swan). But, strictly speaking, these production mixes are not the same as the masters. 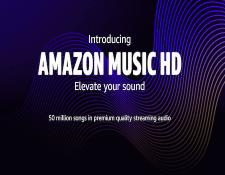 Just to muddy the waters a bit, in the pro world the term "Masters" is routinely applied to what I call a production mix. So, if these production mixes are indeed undistinguishable from the masters, why not call them "master quality?" Why indeed...

To call a recording "master quality" requires a sonic or technical value judgement by someone. And that begs the question "judged by whom?"

And I think the "judged by whom" issue is what most alienates MQA critics. MQA is short for Master Quality Authenticated, which is the name of a data compression/reprocessing methodology/scheme used by TIDAL streaming service for their higher than Redbook CD-level recordings. 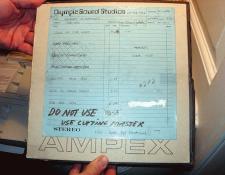 The "Master Quality" part is determined by the record label that supplies MQA with "masters" for MQA processing. While MQA does process these higher resolution files, they can't process what they don't have. It's the same for every streaming service - they can't stream what they haven't gotten from the record labels. So, the first layer of trust is with the record labels themselves, who can, since they own the rights, do whatever the want.

If "they" say it's master quality, it's master quality...maybe...Amazon has further muddied the water by calling anything that is not compressed MP3 "HD" which is short, one assumes, for high definition, which is definitely not what everyone else in the industry considers high resolution... 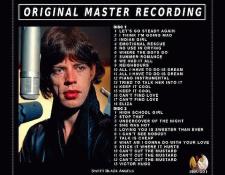 The second layer of mistrust is with the MQA technical process itself. Some critics question the reason it exists, while others try to duplicate its filters to show how it's merely another, easily duplicatable, digital filter scheme. All of these are examples of not trusting that MQA is what it claims to be, even though there are "White Papers" by Bob Stuart that demystify the process.

This double layer of mistrust has inspired many critics to make some strong claims about the truth levels in MQA as well as the master-quality claims from major record labels. Some critics have used test measurements of things they feel show that a recording has been upsampled from a lower-rez production mix rather than made from a true high-resolution original master.

Obviously, knowing what we all know about humans, there are very likely some recordings in streaming services libraries that are guilty of this sonic offence. But, also knowing what we know about humans, most of the recordings marked "Hi-Rez" on any of the premium streaming services' libraries are, indeed, High-Resolution recordings that were made with all the best intentions for maximum fidelity by the artists and record companies involved. 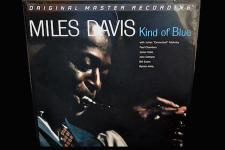 As I write this I'm streaming Jimi Hendrix playing "Ezy Ryder" on a just-released set from Songs For Groovy Children - Fillmore East Live Concerts. It had had to be sourced from an analog tape, so by some critic's standards it technically can't be a high-rez digital recording no matter what rate it's been A/D'd at. But it's a much better sound than most of the folks in the Fillmore heard...I used to go to the Fillmore East...I know how easily the house sound turned to mush...but I digress.

As far as my world is concerned, 2019 delivered more great music to my ears than any year before, much of it in true high-resolution, and occasionally, I'm sure, some upsampled from lower resolution-sources, and I expect that trend to continue into 2020...but for now you're free to think and argue among yourselves...and, I hope, listen to some music you thoroughly enjoy.