Was My Stylus Too Good? (The Happy Ending Sequel) 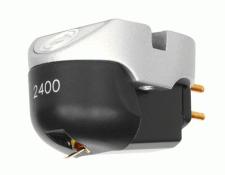 Some of you might remember a review-of-a-sort which I wrote a short while back about revolving around a particularly heinous sonic anomaly on a brand new release by Judy Collins and Steven Stills. If you missed it you can jump to that story by clicking here but in short I discovered that some recordings which sounded awful on my best turntable (a Music Hall MMF 7.1) which had a Goldring 2400 cartridge on it were sounding terrific on my secondary deck fitted with the more workmanlike Sumiko Pearl.

Again, it was a random happening that certain records -- especially older records from the 70s when vinyl quality and quality controls hit something of all time low -- sounded bad on the Goldring.

Not all albums, however. Which eliminated the likelihood that alignment was off somehow. And mind you, I love my turntable and I love the sound of the Goldring cartridge in general. So I have no complaints about the product what so ever. 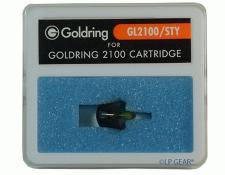 No, it was more basic than that.  I was wondering if I had the right stylus set up given the types of records I tended to listen to -- older albums, original pressings and such.  Was my "low mass Vital diamond in a tapered cantilever" Goldring stylus just a bit too nice for my often vintage records?

When I sensed it was getting time to replace my stylus, I reached out to audiophile turntable expert and journalist friend Michael Trei to ask him for recommendations. I wondered if I should be replacing the whole cartridge or if there was a better solution? At the time I didn't even realize that the stylus on the Goldring 2400 was user replaceable. Michael suggested I get a Goldring 2100 stylus -- an elliptical diamond tip, which would fit on the same cartridge body as the 2400 -- as it might be more "forgiving."

He was right!  And the results have been a downright revelatory listening experience... 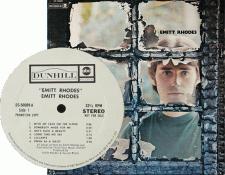 The Stills-Collins album which previously was unlistenable on this turntable now played quietly and sweetly.  Two early white label promo copies of Emitt Rhodes' Dunhill Records debut from 1970 now sound amazing. I bought these copies on eBay over the years and had been disappointed as both were quite noisy on this turntable. Now they sound remarkable, demonstrating quite incredible detailing and Stereo soundstage on this legendary record by the "One Man Beatles."  This kind of detail and presence was not as apparent on my other turntable's more workman like Sumiko Pearl cartridge, which I was resolved to be playing these on.

I feel a bit a bad late night TV commercial writing this but: Its like getting a whole new record collection!

Call before midnight! Operators are standing by! 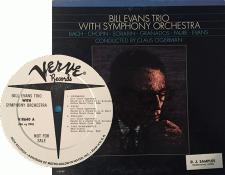 But seriously, I pulled out two equally disappointing Mono promo copies of one of my favorite Jazz recordings, the under-appreciated Bill Evans Trio With Symphony Orchestra album from 1966 and those sound wonderful now. Even better, the sweet sounding Stereo French pressing from the '80s sounds even better than it did before.

Digging into further exploring what the new stylus could do, I put it through a test of a number typically noisy mid-70s pressings on Columbia and WEA (Warner, Elektra, Asylum) labels.

These were titles I always found problematic over the years even when I I was just using a basic Grado or Shure cartridge.  So it was something of a revelation to put on my original copy of The Mahavishnu Orchestra's Birds Of Fire which I probably bought used when I was in college. I also have a Quadrophonic copy and both were pretty noisy last time I played them and now its playing like a new album with a much more transparent presentation of the music to where the vinyl effectively disappears. That wasn't the case via the earlier stylus when playing this version of this album. 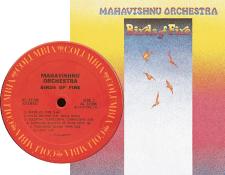 I had a similar experience playing Jean Luc Ponty's fine 1979 release A Taste For Passion.  I'd gotten rid of many of my Atlantic Records-era domestic US Ponty albums on vinyl because of surface noise, replacing them with CDs.  I held on to this album for a while longer as took some time to find the CD. Subsequently I found a Japanese vinyl pressing used that was affordable, so I now have a few copies of the album around now.  And, once again, the new cartridge sounds wonderful and significantly quieter than it was playing previously.

Well, I guess I made the right decision on this.  I know many of you have been frustrated by "new" vinyl pressing quality as I have been at times. But maybe, just maybe, there is another side to that story residing in your turntable's first point of contact with the record: the stylus.

What are you experiences with vinyl pressings and cartridge/stylus combinations?

Let us know in the comments section below.