Stills & Collins: Is The Vinyl Bad or Is My Stylus Too Good? 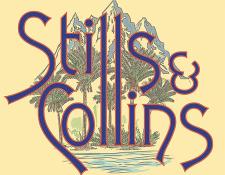 This is a weird review because it is both good and bad depending on your perspective and your equipment. It marked a clear instance of a vinyl record that sounded terrible when I first played it but which took on new light when I switched turntables.

But before I get into all that I will say that Stills & Collins' Everybody Knows -- a long overdue reunion between '60s music legends Judy Collins and Stephen Stills -- is a fine record. Initially crowd-sourced/funded by fans, the album delivers in many ways that you might not expect from a record of this nature in 21st century times.

Most importantly, both artists sound terrific! The songs are generally great!  The production is just right, not sounding retro nor trying to blend in with the trendy sounds of today.

Stills & Collins' Everybody Knows sounds timeless.  This is a good thing. 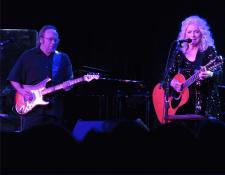 "River of Gold" is an instant classic worthy of both of these artists' legacy. They bring some sweet charm to their covers of Tim Hardin's "Reason To Believe," Dylan's "Girl From The North Country" and The Traveling Wilbury's "Handle With Care."  Its also poignant that the duo revisit Sandy Denny's "Who Knows Where The Time Goes?" which they recorded in 1968 when they were romantically involved while making Collin's now classic album of the same name.

So all that is well and good. The music is ultimately what matters.

But this is Audiophile Review and I know a lot of you want to know about how things sound. And that is where this one got a little weird...

I held off on buying Stills & Collins' Everybody Knows on vinyl (which came out in 2017) for quite some time as when I first came across it it was quite high priced, upwards of $40! On a recent trip to Los Angeles I found a nice new pretty lemon chiffon yellow vinyl copy of the album brand new for $20 which felt very fair, so I went for it.

So that is why this review is happening now... 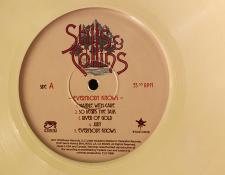 Putting Stills & Collins' Everybody Knows on my best turntable first, a Music Hall MMF 7.1 fitted with a Goldring 2400 cartridge I awaited the blissful harmonies of this duo. I didn't anticipate a loud and really annoying surface noise in one channel. Now, I can be forgiving for a little surface noise I will admit but this one was ridiculous because it was really noisy throughout. (insert Charlie Brown cry of anguish: "Augh!")

I pulled the album off the turntable and even gave it a good washing, a process I normally would save for a used record. It didn't help much, if at all

Grumbling and annoyed, I disgustedly decided to play the album on my other turntable which has a very respectable but more workman like (and less costly) Sumiko Pearl cartridge on it. And you know what? Stills & Collins' Everybody Knows sounds pretty terrific there! 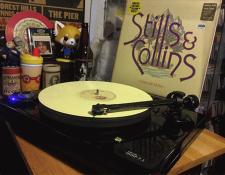 Which leaves me with question that has been hounding me for sometime now as its not the first time I've encountered this issue (especially with LPs from the 1970s): is the problem many of us have with modern vinyl pressing quality really about the pressing plants and quality controls or are our expectations simply unrealistic due to our hyper fine tuned audiophile equipment?

In short: are our ultra-sensitive cartridges and fine tipped styli too good for the medium?

I raise this question because I know that I'm not alone in this quest for good sounding vinyl... I have friends who have had troubles and with modern pressings played on turntables many times better than mine.

Is it too much for us to expect an artist to put up all the money required to press their records at a premium plan such as RTI or Quality Record Pressing.  Do most artists even know enough about different pressing plants or should they be forgiven for not caring as they focus on their art, or is the vinyl pressing part of the art?  Is it fair for us to be demanding that the artists pay close attention to the quality controls which would make an issue like this less common.  Not every artist is an audiophile. 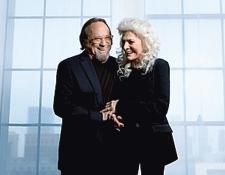 So I wonder.... in these days of self released records do we need to set more realistic expectations for vinyl?  Should there be an indicator as to whether an album is mastered for super fine styli?

Maybe its time to bring back the workhorse Shure M91ED cartridge?  I'm half serious here. I have a Grado Black on my living room turntable and it works just fine there for casual listening.

Stills & Collins' Everybody Knows was released with the assistance of Cleopatra records, a southern California label I know more for their work in progressive rock, especially via their Purple Pyramid subsidiary. 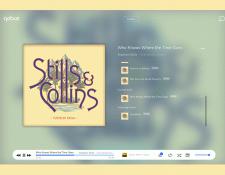 Of course, if you don't want to mess with any of this you can find Stills & Collins' Everybody Knows streaming up on Tidal and Qobuz. Click here for the former in CD quality and here for the latter in HiRes (24-bits, 96 kHz).  Which do I like better? Heh heh, I knew you'd ask that. Even with all the hassles, I still prefer the sound of the vinyl (at least when played with my Sumiko cartridge) which comes across warmer... but the Qobuz HiRes version is quite nice from the tracks I sampled and is very enjoyable there as well.

I'm not sure if there's an answer here. But one good thing you can continue doing is reading here on Audiophile Review and also sharing your views on social media. Together we can help one another find the gems as well as ways to polish those diamonds in the rough.

Anyway you listen, you should check out Stills & Collins' Everybody Knows if you haven't already.  It is a lovely collection.