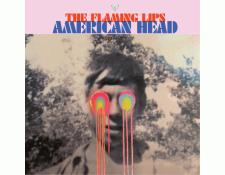 The Flaming Lips have a new album dropping this week and it's called American Head... and it is quite fantastic!

I certainly wouldn't call this a throwback but I will say that if you'd like their classic trilogy of The Soft Bulletin, Yoshimi Battles The Pink Robots and At War With The Mystics you will probably like this album a whole lot. In a way, American Head feels like The Flaming Lips have made a natural full-circle on their exploratory journey since Embryonic on through to The Terror, Oczy Mlody and King's Mouth (click the titles to jump to my reviews of those albums). 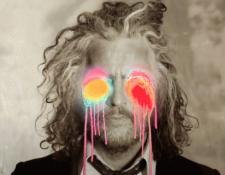 American Head has triggered something remarkable in me... something which only a small group of albums have done to me over the years: The Flaming Lips' American Head made me cry... This is a good thing and to that, American Head feels immediately classic.

American Head is a concept album of a sort where The Flaming Lips have immersed themselves in a deeply introspective scenario, a dream state of a sort as beautiful as it is harrowing. I hope the back-story (titled "We're An American Band") will be included in the album's liner notes as it puts all the music into perspective (it was in the pre-release press package we received but I can't really do that any justice in my review space, so I won't spoil it for you). 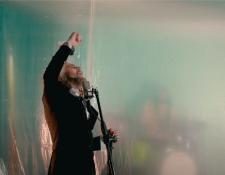 Some excerpts were, however, included in the press release and are worth repeating for perspective:

"The Flaming Lips are from Oklahoma. We never thought of ourselves as an American band... for most of our musical life we've kind of thought of ourselves as coming from 'Earth'... not really caring where we were actually from. So for the first time in our musical life we began to think of ourselves as 'An American Band'... telling ourselves that it would be our identity for our next creative adventure. We had become a 7-piece ensemble and were beginning to feel more and more of a kinship with groups that have a lot of members in them. We started to think of classic American bands like The Grateful Dead and Parliament-Funkadelic and how maybe we could embrace this new vibe. 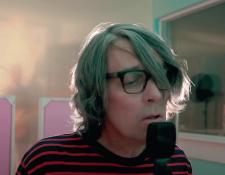 The music and songs that make up the American Head album are based in a feeling. A feeling that, I think, can only be expressed through music and songs. We were, while creating it, trying to NOT hear it as sounds... but to feel it. Mother's sacrifice, Father's intensity, Brother's insanity, Sister's rebellion... I can't quite put it into words."

American Head paints a heartfelt series of cinematic, technicolor musical stories and character studies. The band has already shared six new music videos in pre-promoting this release, some of which are as stunning to look at as to hear. 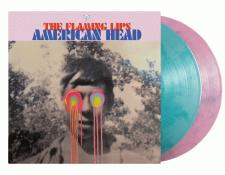 There's a very strong sense of song craft on American Head.  Earworm hooks and dramatically flowing sound scapes flourish in a manner which makes you want to listen start to finish and then play the record over again right away. Many of the songs segue from one to the next so you really should try to listen to it as a whole.

American Head is filled with many epics! I really love the solos on "Mother I've Taken LSD" and the opening track "Will You Return / When You Come Down" (which has a super cool Mike Oldfield speed-guitar sounding texture with an over-saturated tape feel to it).

"Mother Please Don't Be Sad" feels like a cousin to one of The Flaming Lips' greatest (and arguably heaviest) songs, "Do You Realize?" 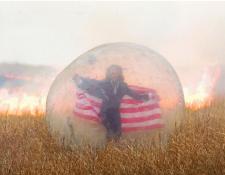 It transitions into a driving instrumental ("When We Die When We're High") which feels like what might have happened had Pink Floyd's "On The Run" (Dark Side of the Moon) been crafted by the folks on the first albums by Kraftwerk and Neu. My favorite song thus far is "Assassins Of Youth" with its epic shifts between acoustic guitar verses and pulsating orchestral bridge. Although... that guitar solo on "Will You Return / When You Come Down" knocks me out more and more with each listen...

I think you get the idea that American Head is a powerful listening experience. This is the album many of us needed right about now.

Please note that this is one of the rare instances where I am reviewing an album based on a preview stream and a 256 kbps MP3 download. I'll save most of the audiophile "review" type stuff for Part 2 when I have access to the vinyl and a high resolution stream of the whole album. That said, the MP3 stream and download sounded surprisingly good through my Mytek Brooklyn DAC into my Stereo. I was able to enjoy it even over the tiny speakers on my MacBook Pro laptop (I've been listening to this album a lot), so I expect the vinyl and high resolution streams will sound even better.  Again, I'll go more into that stuff in Part 2 of this review. 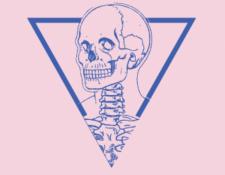 I'm hoping to get my hands on the standard black vinyl copy of American Head soon for a follow-on review. I have ordered the super deluxe colored vinyl version of the album, but that won't arrive until October. There apparently will be an even more exclusive limited edition version available on The Flaming Lips' website, so do keep an eye out for that.

At time of writing, six pre-release tracks were streaming in MQA quality on Tidal (click here) and in high resolution 96 kHz, 24-bit fidelity on Qobuz (click here) but I suspect the whole album streams will go live on release day.

American Head comes out on September 11. Listen as soon as you can.