The Death of Physical Media - Revisited

Sometimes, as I am want to do, I occasionally peruse the older articles published on Audiophile Review as well as some of the other popular web sites. I do this partly because I am simply curious, partly because I am interested to see how things may have changed and partly in the hope that it will trigger some kernel of an idea for a new article.

It was this last reason that lead me to this article - namely, is physical media dead? 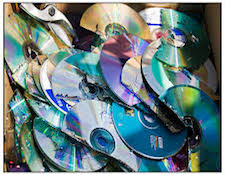 In my January, 2014 article, I based the premise of the article on a comment I had read somewhere issued by a young 20-something year old. This young man had claimed that all physical media, particularly CD's would be totally extinct in a "few" years - streamed music would be the only musical format extant. In my way of thinking, a couple has always been two and a few, while not really defined by a specific length of time, was generally considered to be three. Well, it has been three years since that article published. More than three years in fact and thus far, the prediction made by that young soothsayer has yet to materialize.

Given the proclivities of twenty something year olds, I'd venture to guess that statement was based on a completely myopic viewpoint and not on any far reaching, in depth industry study. My guess - this young man loved streaming music and couldn't see how anyone, anywhere, anytime, could possibly listen to music any other way. Needless to say, I had a different opinion.

Is the notion of the death of physical media totally overrated or is there, perhaps, some measure of legitimacy to the idea that one day, CD's won't even exist? Some may happily welcome that condition and others may not. Limiting myself to the audiophile community, which is large enough, my guess is that streaming is how the majority of high performance systems obtain digital music.

In the US, Tidal is about the only streaming option for a minimum of CD quality sonics. While there may be other services, Tidal is the most well recognized and even offers MQA at the subscription price of $19.99 USD per month. My guess is that a significant number of audiophiles use Tidal for the predominance of their digital music listening.

Some, such as myself, use streaming as a means to find new music I can purchase and copy to my music server. I'd say it is also likely there is even some small faction of audiophiles that don't stream music in any way. 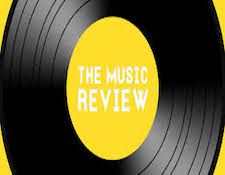 When I receive a box of CD's for a music review, I first listen to them all and pick out the ones I want to review. Most readers probably have never counted, but I try to review six CD's in one article. One of the most important things, from my perspective anyway, is also including a link to allow any interested reader a way to sample the music being reviewed. Even if I provided no link at all, could Tidal then be used to sample the reviewed music? Of course it could. But that's not the point.

In almost every case and certainly on each and every music review I've done recently, I found the CD I've reviewed on Amazon and in each case, they have a sample of each track that can be played for free. This, obviously, allows the listener to know for sure if they want to buy the CD or not. Yes, the CD could also be streamed, even through Amazon's music service, but again that's not the point. All of the music I've reviewed, some of which in all fairness is quite obscure, is available to be purchased - maybe not at your local retail music store, for those that still exist, but purchased none the less.

When I read industry sales estimates I see the discouraging numbers. CD sales are plummeting. Album sales are increasing. Streaming is simply explosive in the advancements taking place. So what do those numbers really mean?

For one, those sales estimates are across all recorded music. Has the availability of CD purchases gone down at your local music store up the street? Yes, without question they have. Are more people logging on to stream music? Absolutely. In thinking what any of this may mean, one of my favorite questions comes to mind - "as compared to what?" 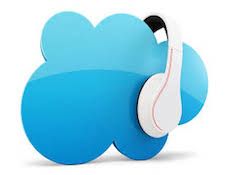 I'm an audiophile and I do not, and will probably never, stream services like Pandora and Spotify on my reference system. I reluctantly added a Bluesound Node 2 so I could more easily get Tidal, I'm paying the $19.99 per month and my usage is overwhelmingly to verify new music. Once done, I purchase the selection from somewhere (I always try to support my local record store), copy it to my server, and file the physical copy away in the storage room. So far, I have boxes and boxes of CD's that have received little more than the one play it took to copy them to the server.

My observations are certainly not based on any scientific or data collection methodology. Personally, I don't hold much value in data sets, especially as it pertains to music I like. My opinion, and the basis of this article, is my own personal observation that any recording by any artist with whom I have been interested has been available in CD format. Consistently. Each and every time. Without fail. Is that scientifically accurate? No, I'd say it is certainly not.

However, as long as I am able to buy a CD (or an album which I didn't even cover) that interests me, I'll not put too much stock into the CD is dead theory. One day, maybe one day soon, perhaps. Just not today.