The Death Of Physical Media? 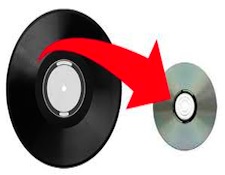 I recently read a comment posted online by a twenty one year old who was convinced that physical recorded media is dying. On the way out. His contention was that downloads and streamed music are the way of the future. In a few years LP's and CD's won't even be available.

Pandora and Spotify are two of the premier streaming services although many audiophiles might question their sound quality. HD Tracks is a service that allows high definition downloads of a variety of music types. Although I must admit I'd love to see a greater availability of music on HD Tracks.

Many high end manufacturers are developing products that accommodate streaming services directly. Companies like PS Audio, NAD, Marantz, Denon and a host of others have such equipment. Most telling, the Consumer Electronics Association has announced that they are looking for ways to promote high resolution audio through downloads. So is this the wave of the future? Is physical media doomed?

There is something very appealing about playing an album. Even with pops and clicks it is a pleasing thing. The tonearm drops and the music plays. For digital lovers, the same thing- only it comes in the form of a CD and a transport mechanism or a music server.

Bill Gates was once asked in an interview if he thought the computer would totally eliminate printed media, notably the newspaper, and put movie theaters out of business. He said something remarkable. He noted that yes, it is possible to read the newspaper on a computer. But no computer would ever replace a beautiful Saturday morning, the back porch, a great cup of coffee and the morning paper. And how could a computer take the place of getting out of the house for a box of popcorn, a soft drink and a movie with a significant other?

Technology is a great and wonderful thing. It can enrich our lives and make the things around us better in so many ways. When the CD was developed in the early 80's everyone thought the album was dead. Now vinyl is a major force in recorded music. Young kids are buying turntables, sometimes instead of CD players.

Time will tell as time always does if physical media is doomed the same fate as the 8-track. I think a balance between the two is a good approach. I download music but I also buy albums