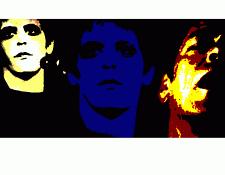 I don't usually write about books. However lately I've been reading one on a favorite artist which is ultimately about music and technology and the quest for a sonic purity in the context of rock and roll.

My Week Beats Your Year is about Lou Reed. Yes, the Lou Reed of The Velvet Underground (VU), discovered by Andy Warhol and who worked with Bowie. He's also the Lou Reed who walked away from rock 'n' roll's drug-booze freak show of the 1970s to become a voice of reason and clarity about everything from the power of guitar and amplifier tones to the focused muscle-mind control of Tai Chi martial arts. 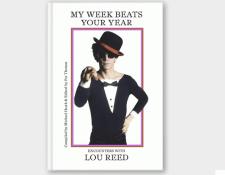 In reading My Week Beats Your Year -- a collection of fascinating interviews, compiled by Michael Heath and edited by Pat Thomas -- we get a portrait of an artist discovering his true calling. There you also witness his frustration as a new generation of media seemed mostly focused on sensationalist retro history.

From a publicity standpoint I suspect some blame lies with his handlers who I am guessing didn't grasp what Lou was about and where he was heading. Thus he was put into situations which frequently turned hostile. Lou tries to talk about his music yet the reviewers fall back on insipid questions that had been covered and discussed to death everywhere else. 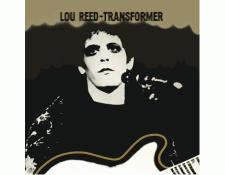 Across the interviews you start to side with Lou who could get quite aggressive with journalists.  I suspect that if his publicists had steered Lou more towards the audiophile leaning press High Fidelity, Stereo Review and Audio rather than the (admittedly influential, marketing wise) rock 'zines like Creem and Rolling Stone he would've been much happier.

All he really wanted to do was talk about the music.

As I read My Week Beats Your Year, I recognized a compelling arc of artistic flower. Amidst this, an interesting detail emerges: Lou Reed was an audiophile at heart. I kind of knew this, but didn't fully understand how deep his passion went into his soul. 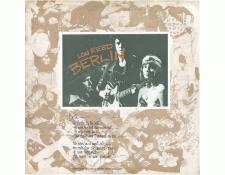 Right from the start, when the VU was recording its first two albums Lou was searching for distinctive sounds. Frankly, it is remarkable that MGM Records even released that second VU album, White Light White Heat, as it contains perhaps one of the most intentionally distorted recordings ever released. The story goes that the band was playing so loud the engineers walked out in disgust until they were done.  An exercise in magnetic tape over-saturation (which creates its own unique sonic texture) when you listen to the song "Sister Ray" it sounds like an eruption. In Spinal Tap terms, their amps "went to 11" but the tape recorder's VU meters probably sat in the red zone most of it. And it sounds pretty amazing all things considered. 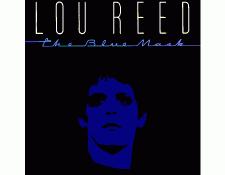 Fast forward through the 70s and we see Lou frustrated by not having complete control over his art. In response to this he created an album that is either considered by some as insane and others as absolutely brilliant. He delivered to RCA a recording that nearly killed his career: Metal Machine Music. Four sides of multi-tracked guitar feedback and distortion -- it was even released in quadraphonic!  Lou defends its release to the point where you realize it really wasn't a joke. He was into it. That album was recalled three weeks after its release yet it went on to become the stuff of legend. Eventually it was transcribed and performed live with other musicians, which even surprised Lou! Heck, he even played it live on tour (click here) 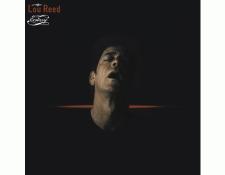 In the 1980s Lou exited the fast rock 'n' roll life, re-emerging focused, mature and shockingly happy in long term relationships, most notably to performance and recording artist Laurie Anderson.  Free of drugs, booze and concern for what anyone thought, he was able to focus his passions for chasing perfect sound and unique guitar / amplifier tones. He had actually begun moving in that direction in the late 1970s with his "Binaural" recordings, Street Hassle and The Bells. The former album became the first commercially released pop record made using this microphone recording technique. It is also one of my all-time favorite Lou Reed records. The title track is particularly stunning, with its intimate, chamber-like cellos and haunting vocal layers (and an uncredited guest vocal appearance by Bruce Springsteen!).

Lou's later records are often overlooked beyond the New York album. There are some remarkable works worth exploring such as Set The Twilight Reeling from 1996, parts of which were recorded live in his home studio called "The Roof." Ecstasy (from 2000) is a marvel of pure electric guitar and amplifier tonality (and some great songs to boot!). You can read my review of the reissue of that album by clicking here. 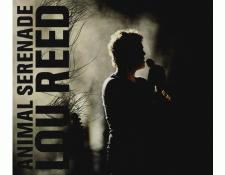 In fact, I use a song from that album -- "Paranoia, Key of E" -- to open up a special playlist that I put together to accompany this quasi-review. On this playlist -- called "LouLou" -- you'll hear a bunch of songs which I think are among Reed's most fascinating accomplishments both sonically and musically. Listen for the interesting recording techniques, the distortion, amplifier tones, guitar sounds. Lou crafted sounds as well as songs.  This was a man who understood his instruments and what he needed to do to convey them to you effectively... so when you played them on your home stereos, you would be able to experience that same vibe that he got in the studio.

This isn't a greatest hits playlist and some of these might even sound relatively low fidelity.  Its almost humorous when when you consider that a track like "Sister Ray" is streaming in 192 kHz, 24-bit MQA format on Tidal! If you are curious, I reviewed the Pure Audio Blu-ray Disc version of that album (click here). 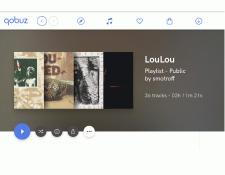 Reading My Week Beats Your Year you are presented with a portrait of an artist absolutely passionate about the power of sound and the underlying magic of rock and roll. Lou Reed remains a rock 'n roll hero in that light, influenced by his heroes Little Richard and Bo Diddly and a multitude of Doo Wop groups. He was a keeper of the flame for future generations to discover.

My Week Beats Your Year is a great place to begin appreciating him.  Buy the book and read it while listening to this music on the "LouLou" playlists I created on Tidal (click here) and Qobuz (click here).

And don't worry, I didn't put any of Metal Machine Music on the playlist... You need to enjoy that on its own...