Kickstarter and Indiegogo began with the best intentions I'm sure, but over the past couple of years I've seen them go from a great place for consumers to get cutting-edge technology for an "insider" price to just another place that can fleece unsavvy suckers. And how did these "good-guy" sites turn into sites to avoid on the Internet? Easy - lack of proper vetting and supervision. 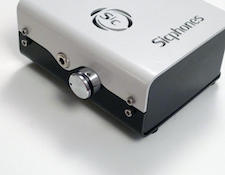 My first negative experience with Kickstarter was a headphone amplifier from a firm that had a new headphone amplifier based on a particular carbon/silicon amplification part. Just after the "campaign" closed the designer found that the part was no longer being made. Did backers get a refund for the false advertising? Nope. We got an amp based on a new part that WAS available. Yes, it worked, but the final amplifier was NOT what any of the backers had thought they were getting. I felt burned. I doubt I was the only one who felt that way.

My next unpleasant experience with a crowd-funding project was from Larry Ho and his Geek Out V2 USB DAC. Originally participants voted and preferred a metal case but LH Labs decided to go with a 3D printed plastic case. The case that was produced had a very noticeable "orange peel" surface, but ALL photographs (including the one on the outside of the box) showed a nice smooth finish. Supporters were not pleased. Shipments were delayed for months and finally LH Labs went back to the metal case that the backers had wanted in the first place. Those backers who insisted on getting what they paid for waited many months for satisfaction. 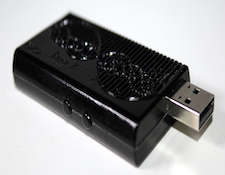 After my Geek Out experience I've grown even more skeptical about what to expect from a group-funded project so that when Pono came along I was, from the onset of the campaign, highly skeptical that Neil Young and his team could deliver on their promises of a Pono eco-system of player, website, and software. My doubts proved to be all too valid. Pono was a flop that burned a lot of audiophiles. Sure they got an OK-sounding but ungainly looking player, but little else.

Lately I've seen two new campaigns that I doubt will deliver what their backers hope and their creators promise. The first is a turntable that purports to employ magnets to lift and decouple their turntable's platter from the rest of the turntable. Issues abound, not the least of which is how to isolate the magnetic field from your cartridge, which also relies on a magnetic field to function. Second is the issue of how high will the platter actually be? If it will be as elevated as the photos on the page indicate, it will take a very strong magnetic field, which will affect components in the immediate area (like your cartridge and tonearm cable leads.) Other than mentioning computer accurate speeds the site has little info as to how these speeds will be obtained or maintained. In my humble opinion this project has too many questions and not enough solid engineering behind it. 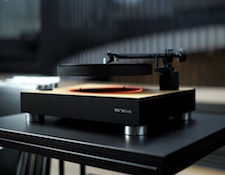 Here's another project that I would not invest or participate in - a pair of wireless earphones with interchangeable filters that control its frequency response. The first problem here is that many earphone manufacturers already offer interchangeable filters for their in-ears, including RHA, so that idea ain't exactly new. Also there is little attention to the most important aspect of in-ear design - the fit. You will have no way of telling if these are comfortable or fit your ears until you try them. And you can't try them before you buy them. If they don't fit, well, too bad for you.

Besides the major uncertainty factor inherent in all crowdfunding projects there is the fact that most of these projects end up in end-users hands before any professional journalists have had an opportunity to see if the product is any good. In many cases there are very good reasons for group-funding projects to try to avoid professional scrutiny - they aren't as well thought out or as glitch-free as more conventionally-marketed products and would not stand up to a critical review. 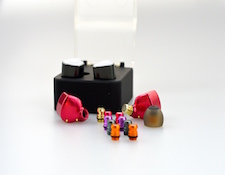 Although I would never recommend that consumers eliminate all group-buy products from consideration, (that would be restraint of trade) I do believe that consumers need to use a higher level of skepticism when investigating group-buy projects than they would with conventionally-sourced audio gear because the difference between promises and reality can be larger than you (or their creators) would like...