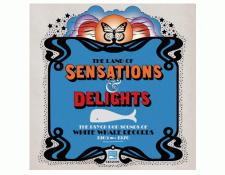 In the land of record collecting, there is a subset of music fans who like to amass all the singles and rare tracks from particular record companies. Back in the 1950's and '60's there was a period there in music history where the label often represented a certain sound, an aesthetic, a vibe. There have been entities in the late 70s and into the '80s which attempted (successfully, I might add!) that sort of aesthetic such as Stiff Records, 4AD and Sub Pop.

To most average collectors the White Whale Records label is mostly known for being the home of '60s pop sensations, The Turtles ("Happy Together," "Eleanor," "She's My Girl," "She'd Rather Be With Me," etc.). 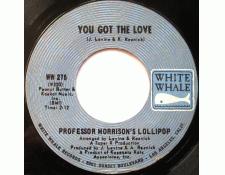 But the label was much more than that. They took a lot of chances on groups that didn't always go places, issuing reportedly more than 100 singles between 1965 and 1970 (they apparently only issued 24 albums in that time). They were pretty much a so called "singles" label (as opposed to a label like Capitol or Columbia which published lots of albums as well as singles). Some of these 45 RPM gems were issued in very small quantities as promotional releases to test a song's viability. If the label got little or no traction for the song after sending it out to radio, it basically disappeared.

And thus a bevy of heavy collectors jams were born. Fortunately for all of us, producer Andrew Sandoval has his pulse on the collector's market and working with the good folks at Craft Recordings has assembled a fine collection of 26 of these rare vinyl treats. 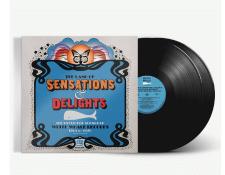 Called The Land Of Sensations And Delights, this fine two disc set provides many sweet treats for the ears to feast on.

I've only gotten the White Whale bug in the past 5 or 6 years as I started finding some rarities out in the wilds of record collecting (flea markets, thrift shops, garage sales, etc.).  For example, one of the first non-Turtles singles I found was by a group called Lyme & Cybelle (which is one of Warren Zevon's earliest recording aliases). Curiously "Song #7" is the third of their singles after Zevon left and was replaced by (according to the Wiki) Monkee's guitarist  Wayne Erwin. I think I also have Professor Morrison's Lollipop's first single "Angela" but here on The Land Of Sensations And Delights you get the second, "You Got The Love." 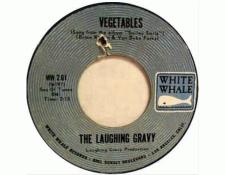 "Vegetables" was written by Brian Wilson and Van Dyke Parks for the SMiLE album but here it is covered by The Laughing Gravy (which is Dean Torrance, friend of the Beach Boys and one half of surf music legends, Jan & Dean).

Perhaps the most famous track here is The Clique's original version of "Superman" which was famously covered by R.E.M. on their Life's Rich Pageant album. The Rocket's "Won't You Say You'll Stay" is notable since several of the band members went on to form the core of Neil Young's first version of Crazy Horse.

And so it goes with this most appropriately titled album, The Land Of Sensations And Delights. 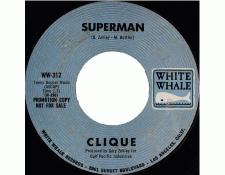 In general the two disc set sounds good. The overall track-to-track flavor (perhaps its the mastering) feels a bit on the bright side for my tastes but other than that it sounds fine -- it is certainly likely to sound better than the worn singles you might find at flea markets and thrift shops, if you can find them (not so easy these days).  You can also hear the album streaming on Tidal (click here) and Qobuz (click here) in CD quality.

To that, The Land Of Sensations And Delights is a no brainer for the serious collector to pick up as well as for the curious listener who want to get hep to rare jams even your parents or grandparents probably didn't hear back in the day.