Format wars are inevitable because a lot of money is at stake. A successful consumer format generates many millions of dollars/yen/euros/etc. in license fees for the companies that hold the patents used in the products that support the format.

There have been many format wars since the late 19th century: Edison vs. Westinghouse vs. Tesla for generation and distribution of electricity, Edison's cylinders vs. Berliner's flat discs, Columbia's LPs vs. RCA's 45 rpm discs, etc.

Let's look at some consumer-related format wars since the middle of the last century. 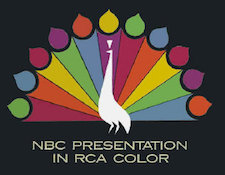 Two analog color television systems competed in the late 1940s and early 1950s. CBS developed an additive system that used a spinning color wheel or drum in front of a monochrome picture tube, while RCA's used a shadow-mask three-color tube. CBS' system was technically and visually superior, but it was not compatible with existing American black-and-white broadcasts and television sets. The FCC adopted the CBS system in 1950, but it reversed itself in 1953 and adopted the RCA system, which had been endorsed by the NTSC (National Television Standards Committee).

Because of its unstable color rendering, Europeans dubbed NTSC television "Not Twice the Same Color" and designed their competing PAL system, which had stable color. Later, though, with the development of phase-locked-loop decoders, NTSC color also became stable. 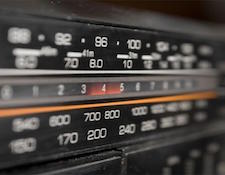 Then came FM Stereo in the early 1960s. There were two proposals: Crosby and Zenith/GE. The Crosby system sounded better than the Zenith/GE because it took over the space on the FM carrier that was used by many FM stations to broadcast one or two subscription channels for background music distribution, foreign language radio, etc. The income from those subsidiary broadcasts was needed by FM stations because FM was then a niche format -- FM-equipped portable radios and car radios didn't exist yet.

Zenith/GE replaced only one of the subcarriers, so broadcasters could continue one subscription channel for their subsidiary income as well as broadcast in stereo. Despite the Crosby system's technical superiority, station economics drove the FCC decision to accept the Zenith/GE system, which was then adopted worldwide.

Next, the war many audiophiles often cite: VCR systems -- Beta (Sony) vs. VHS (Matsushita/JVC) vs. V2000 (Philips). The Philips machines were sold in Europe, so North American consumers may not be familiar with them. As is well-known, although it had lower video quality than Beta, VHS won this three-way war because it was broadly licensed and offered longer playing times. The Beta format continued in both analog and digital forms for professional video. 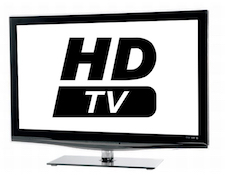 There were separate high-definition broadcast video standards in the USA (ATSC) and Europe (DVB). Different audio compression systems were originally chosen for the two systems: Dolby Digital for ATSC and MPEG Multichannel for DVB.

The ATSC choice of Dolby Digital over MPEG Multichannel turned out to be controversial. Court filings made well after the decision was made [http://tech.mit.edu/V122/N54/54hdtv.54n.html] revealed that Dolby paid MIT $30 million and offered Zenith a substantial discount on license fees. Both Zenith and MIT were represented on the four-person committee that selected Dolby Digital. The same court filings revealed that the MIT faculty member who voted for Dolby Digital was expected to receive $8 million in royalties. 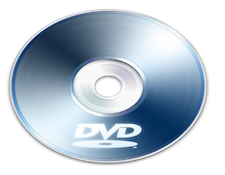 The next format war was about digital optical discs. Philips and Sony developed the MMCD (MultiMedia CD) and a consortium led by Toshiba developed the SD (SuperDisc). These formats were incompatible, and the computer industry, which wanted an optical storage system, refused to accept either one, forcing a shotgun marriage between the competitors. Thus, the 10-member DVD Consortium (which later became the DVD Forum) was formed to develop the specifications for DVD-Video, DVD-Audio, and DVD-ROM discs. It was an uneasy alliance from its beginning because Philips and Sony held key error-correction patents that had to be included.