T-Swift Does the Unthinkable

Back when Taylor Swift first burst onto the scene, I thought she was a little too country, a little too young and a whole lot too uninteresting for my tastes. It was, in those early days, plainly obvious that she had a certain "je ne sais quoi," but even so, I just wasn't a fan. 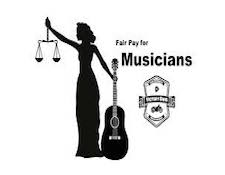 By the time she released the album Red, she was well on her way with the transformation from a country performer to a full-fledged pop star. Despite, however, still having that certain indefinable something, I basically thought she was again, too young, and now a sugary-sweet, pop-influenced, bubblegum music performer. Yet even so, I went out and purchased Red. That way, I could add it to my music collection and have it if someone might ask to listen to Taylor Swift.

Practically overnight, a whole media firestorm was created around her. From photo shoots, to fashion magazines documenting every outfit she might hazard to wear, to red carpet award ceremonies, television programs and magazine interviews, the media positively surrounded her. She seemed to revel in it and perhaps, maybe, used the media to her advantage. Ray Charles called that "country smart." Red was, at its core, a collection of pop-influenced, teenage angst music. But oh, boy was she garnering a lot of attention.

With the release of her new album 1989, T-Swift, as she is often called, has made the pop star transformation complete. No longer specifically country and western -- she even established residence in New York -- Swift is the personification of a complete and total pop conglomerate.

I haven't heard her new album despite being it hailed as the greatest thing music has ever witnessed. In fact, this article has nothing to do with a review of her music. Taylor Swift did something recently that I thought showed determination and a lot of business savvy.

But in her op-ed piece, she declared that her music is art and that it should not be given away for free. What she did next is by now quite well known. She pulled her music from Spotify and all other outlets for free music streaming. If you want to hear 1989 and decide for yourself if it is, in point of fact, the greatest music ever, sorry, you'll just have to buy it. 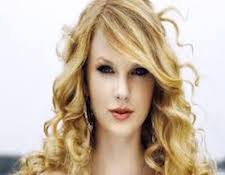 I realize there are likely legions of those who condemn this move. There are, quite literally, millions of people who use free music websites to not only hear new music, but also release new music. Lesser-known artists use these outlets in the eternal hope that their music will be heard and then purchased. Music listeners like to find out if they like something prior to buying -- if they buy at all, which all too often they don't. You can support that business model all you like, applaud it as much as you will, but you won't be employing it to hear Taylor Swift.

I tend to think her decision is not only fiendishly smart I actually applaud it. I buy CDs, LPs and high-res downloads on an ongoing basis. I have no objection to paying for the music I enjoy hearing. I might be in a minority, but really, who among us would not want to be adequately compensated if we wrote a song, painted a picture or did something requiring artistry?

Taylor Swift is perhaps many things. She is still a little too young, probably still a little too pop-starish, and I still won't spend an appreciable amount of time listening to her music. But I do have a newfound respect for her. She is standing up to a system that promotes the misguided notion that music is and should be free of charge. Where is it written that musicians don't deserve to be fairly compensated for their music?

For Taylor Swift, a star with such magnitude, to make a move like this is noteworthy. Because streaming, whatever the sonic quality may or may not be, raises an interesting dilemma on the business side of the music business. What is considered fair compensation for the artists? Most of the streaming services claim fair compensation. And the artists? Probably not so much. While we all like getting something for free, there are moral issues with music streamed at no charge.

Taylor Swift is perhaps many things. You can say whatever you want about her decision to terminate free music. That is perfectly acceptable. But if you do want to listen to her music, you are just going to have to pay to do so.

And that's just how it should be.