Review of Norwegian Choral Music By SKRUK and Schola Cantorum on CD, 2L Pure Audio Blu-ray Disc and Tidal in Resolution Up To 352/24

Several years ago I was sent some very interesting Blu-ray Discs for review from a then emerging (and now acclaimed) Norwegian label named 2L. And while I did review some of them, much of the music was too far out of my comfort zone for me to do the recordings any justice in a review. In the case of some choral works 2L provided, I felt I simply hadn't yet had the quality concert experience to fully appreciate what the recording was trying to capture. I like choral music at times, no doubt, particularly when the harmonies are super tight and dense (one reason I became a fan of the brilliant folk pop trio The Roches many years ago with their fantastic rendition of Handel's "Hallelujah" both live and on record; check out this Robert Fripp-produced track from their third album). Recently I had one of those game-changing experiences when I was invited to see a rare performance here in America by Norway's SKRUK along with the fine Oakland Interfaith Choir. Finally, after this concert I felt quite a bit more confident about tackling a review of some of this music! 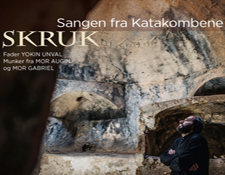 Led by equally charismatic and passionate artistic directors Per Oddvar "Prots" Hildre and Terrance Kelly, these two acclaimed choirs met and formed a bond due to a similar approach of diversity and acceptance, plus a very obvious love for the music. In concert, the two groups performed individually and collectively. Some of the sounds they created were just incredible, ranging from utterly beautiful traditional hymns to otherworldly, at times surreal arrangements of ancient Syrian orthodox musics. At points I heard echoes of The Gyuto Monks of Tibet. Some of the vocal effects singers in SKRUK were creating sounded like nothing else I've heard to date -- at one point it felt like some of the vocalists were creating a sense of wind and movement across the choir's soundstage as others sang lush melodies. For the first several pieces, the members of SKRUK enveloped the audience, singing from the aisles, so each listener received a somewhat different perspective on the music. You could hear the choir members breathing and feel them enunciating. The first thing that came to mind when I experienced this (and which I later suggested to some of chorus members I spoke with) was that this music needed to be captured in a deeply immersive surround sound mix so listeners around the world could appreciate it.

I purchased two of SKRUK's CDs at the concert and have enjoyed exploring them. Sangen fra Katakombene (which Google translates into "The Song From The Katakombs") features ancient Syrian prayers which -- as I understand it -- were arranged based on recordings by Syrian Monks from Mor Augin. Here you hear alternating recordings by SKRUK and the Monks. They performed several of these at the concert I experienced; the music was mesmerizing and not at all what you might expect when it comes to so called "choral" and "religious" music." Yes, there is a strong underlying spiritual nature, but there is a rich musical edge which elevates and allows these recordings to stand comfortably on their own alongside secular musics.

More simply put: you don't have to be religious to enjoy this music! 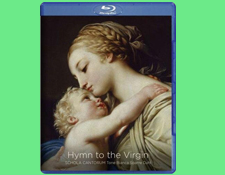 From their website (where you can buy this album) we learn (in English, notable since the liner notes on the CD are, I assume, in Norwegian): "The songs reproduce in part metaphors and expressions of faith from the Primitive Church, and in part they tell the story of the marginalization and exclusion the Syrian Orthodox Church is suffering from in our time. On the record you will hear Father Yokin Unval and other monks from the more than 1600-year old monasteries of Mor Gabriel and Mor Augin in southeast Turkey. They belong to the Syrian Orthodox Church, which today is in full retreat due hostile environments around it and massive migration to Europe and the Americas. Under its conductor Per Oddvar Hildre, SKRUK presents songs from the Syrian Orthodox tradition, arranged by Siyavush Karimi and Henning Sommerro. They sing, for example, the Lord's Prayer as it would have been heard from the mouth of Jesus. The Norwegian lyrics are written by Erik Hillestad. This record primarily presents vocal music, but a duduk played by Shirzad Fataliyev creates some meditative wordless episodes between the songs."

Sonically, the recordings work together incredibly well, creating a sense of time and space shifting yet without sacrificing fidelity -- the Monk's recordings are not as polished yet provide a fascinating juxtaposition hearing Skruk's lush choral sound emerge from the more raw liturgical performances. Interesting, some of the original melodies remind me very much of chanting and songs I heard as a child when going to a conservative Jewish temple in New Jersey!  Curiously, some of Skruk's transformations are steps away from pop songs -- "Morderens Himmelferd" (which Google translate shows as "murderers" or "the killer" and "ascension," respectively) has a remarkably modern sounding melody which I could hear someone like Kate Bush transforming into an art rock piece. "Perledykkern" feels almost jazzy at times with its Duduk interludes -- it sounds kind of like a Soprano Saxophone at times (think early 1960s Coltrane) but apparently (according to the Wiki) "is an ancient double reed woodwind instrument made of apricot wood" -- and yet has a melody so accessible and rich.  "Steinene Roper" is another work they performed as was the closing track, "Far Var" which ( I think) they opened their set (if you will) with; the latter song has some of that low Gyoto Monk-flavored droning beneath it all.

Really lovely stuff here. Sangen fra katakombene is also available on Amazon. The opening track, "Oshanno" is streaming up on Tidal and will give you a great idea of how that Duduk sounds.

I'll put it this way:  if you liked the ethereal vocal music by the legendary Le Mystère des Voix Bulgares, then you probably should be checking out some of these works by Skruk. 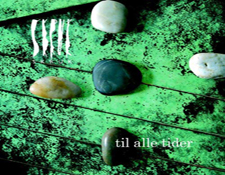 I also purchased a handy compilation CD culled from SKRUK's many albums dating back as far as the 1970s! Called Til Alle Tider (which translates, appropriately, to At All Times), in general this album sounds really great, presenting the music in crisp two channel Stereo. Til Alle Tider contains some traditional works -- including a lovely, heartfelt interpretation of "Kyrie" which I saw them perform at the aforementioned concert -- as well as unusual collaborations including recordings with South American Andian musicians! There are some songs done with full instrumental backing, sounding like a small jazz trio or quartet. "La Den Brenne" features a viola-like solo intro plus guitar and neat "doot doot" type vocal bass lines. There is another track "Kvirfor meg" which features a solo vocalist backed by a small group one might imagine hearing in a Parisian cafe.  Til Alle Tider offers many surprises!  The album is available on Skruk's website as well as on Amazon.  Til Alle Tider is also available for streaming (as are many of their other recordings) up on Tidal (click here for a link to it). The recordings I sampled sound fine in standard CD resolution.

Circling back to my opening paragraph, you might be wondering about that 2L Pure Audio Blu-ray Disc I mentioned earlier. Hymn To The Virgin by Schola Cantorum sounds quite fantastic, delivering gorgeous choral works in 192 kHz, 24 bit fidelity Stereo and 5.0 Surround Sound.  And this may be one of those rare instances where Tidal offers something even this fine Blu-ray Disc may not be able to deliver: 352.8 kHz, 24-bit fidelity!  The recordings by 2L were originally made at this super high resolution and sound pretty fantastic as one might hope and imagine. So to hear music streaming at that level is something of a revelation -- it sounds remarkably warm! For two channel streamed music, this is really lovely. The 5.0 surround sound mix on the Blu-ray Disc is no slouch either and presents a dramatic sense of the hall in which the music was recorded, enhancing the glorious resonance of the voices in the group.  Some of the pieces that connected strongly with me included Eric Whittance's otherworldly "Lux Aurumque," Sergei Rachmaninoff's "Bogoroditse Devo" and a similarly named work by Estonian composer, Arvo Pärt.

You can find Hymn To The Virgin at Amazon,  at the 2L website and at HDTracks (the latter two including a download option in 352/24!)   And there are many other amazing sounding 2L recordings up on their website (which I suspect many of you know about including DSD and MQA downloads) but, just in case, here is the link.

There are many sonic riches in the world of choral music to explore, no doubt.