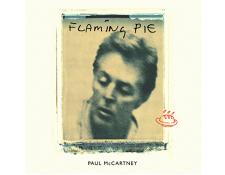 In 1997, hot on the heels of the enormously popular multi-disc Beatles' Anthology set, Paul McCartney dropped one of the best albums of his late career on the universe, Flaming Pie. Named for an imaginary character -- as first envisioned by John Lennon in a humorous story in Mersey Beat in the very early 1960s, when asked how The Beatles came up with their name -- Flaming Pie is a wonderful listen end to end, arguably Macca's strongest collection since 1982's Tug of War and 1989's Flowers In The Dirt.

The album is the latest in Sir Paul's archive series featuring all manner of super deluxe edition packages and such. Most significantly, this album came out at the peak of the CD era so vinyl copies were relatively scares and thus have gone on to become pricey collectors items. I will be reviewing the vinyl edition in part two of this series. 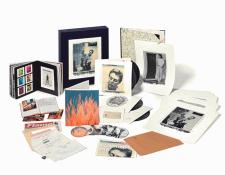 Due to the Covid 19 pandemic, physical boxed sets have been unavailable as of yet for hands-on review, but we have been sent the advance downloads of the music contained on the five CD Flaming Pie Deluxe Edition boxed set. So that is what I will explore here (alas, we were not sent the DVD material to view in advance).

Starting with the remastered CD, the new edition sounds nice on the Flaming Pie Deluxe Edition and tad better than the original version I have. The new version sounds a little brighter but not in a bad, overly processed way. Remastering this album must have been a challenge due to the sonic aesthetic of co-producer Jeff Lynne on many of the tracks. No disrespect intended but there is a distinct sound to Jeff's sound design which he fine-tuned on those smash hit Traveling Wilbury's albums. 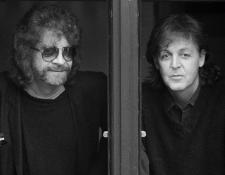 Perhaps it was by design for the CD era -- which was often unnaturally bright given the format's limitations, 16-bits, 44.1 kHz and all that "red book standard" hoo hah -- but his productions tend to deliver a somewhat muted sound, especially on the drums. So, the good news is the new CD sounds quite nice, all things considered, while still sounding like Flaming Pie should.  It will be interesting to hear how this plays out on the vinyl remaster...

Moving on to the home demos in the Flaming Pie Deluxe Edition set, those are quite a joy. Here we get to not only be a fly on the wall of McCartney's studio, but also sitting on his shoulder as he records song sketches in his backyard or where ever he might have been. You'll hear the sound of the world around him and other (probable) family members or friends near by as he works through the tunes. I like how "The Songs We Were Singing" and "Young Boy" feel on these raw back porch type guitar-and-vocal recordings. 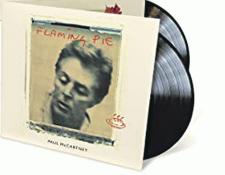 The birds chirping in the background of  "Calico Skies" are quite charming, making it feel almost like an alternate universe twist on his Beatles'classic "Blackbird" (from The White Album).

The piano-vocal demo of the title track, "Flaming Pie" is great because you can hear the lyrics he had worked out thus far and get a sense that the song arrived to him fairly fully formed even at this early stage. It is no wonder the song is one of the strongest on the record.

The rough mixes on Disc 3 are fascinating, if only just to hear his process at that time.  The so-called "rude cassette" version of "Heaven On A Sunday" is super sweet with its stripped down Vocal, Drums and Fender Rhodes instrumentation. 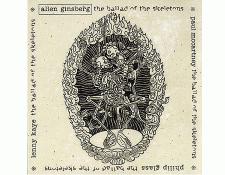 "The Ballad Of The Skeletons" is an interesting piece not directly related to Flaming Pie but certainly from the period. It is one of the last recordings by no less than legendary Beat Poet Alan Ginsburg produced by legendary Patti Smith guitarist Lenny Kaye. Here he read-raps-sings his poem to a quazi-funky rock-blues groove featuring no less than Philip Glass on keyboards, McCartney on multiple instruments (guitar drums, organ, percussion), Kaye on bass and the dual guitars of Marc Ribot and David Mansfield.  Talk about at supergroup!

The track was originally released on a CD single by Mercury Records. While the recording is a landmark in many ways, I find the live version of McCartney and Ginsberg more impactful -- it helps to see Ginsberg's delivery. Click here to watch the clip.

There is quite a lot of space dedicated to the Oobu Joobu series on the Flaming Pie Deluxe Edition collection. This was a popular syndicated radio program that was on the air around the time of Flaming Pie's release. It featured many unreleased recordings, thus making it a popular destination for millions of Beatle and McCartney fans. There is even a wiki page detailing all the shows and its contents (click here). 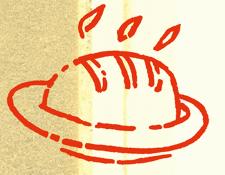 Several segments from the show were included on CD singles back then which are included on this set. They are fun to hear, especially for the snippets of impromptu music performance by McCartney.  Disc five contains one complete Oobu JooBu show, a wonderful guided audio tour through Sir Paul's recording studio. There you'll hear demos of instruments used in the making of numerous Beatles and Wings album including vintage Moog synthesizers, Mellotrons and even the electric Harpsichord used on the song "Because" (from Abbey Road).

So that is much of what you can expect to hear on the CDs included in the Flaming Pie Deluxe Edition set. Stay tuned for my review of the two LP, half-speed mastered vinyl edition of the album, which is the other special new release many of us have been waiting all these years to hear...