Whether or not you like vinyl records as your audio listening format of choice, the prospect of reissues in that format offers opportunity to reassess, reconsider and review past releases one may have overlooked with fresh eyes. In the case of Sir Paul McCartney, reissues of some of his more recent titles on vinyl -- some for the first time in the US -- these are a welcome addition for fans of the prolific once-upon-a-Beatle songwriter, singer and performer.  That the new reissues seem to have been created with a goodly amount of care is also a plus for fans of the man and the music. 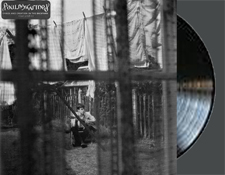 First up is Chaos and Creation In The Backyard an album which came out in 2005. In someways -- and this is purely my perspective here folks -- the album seemed to divide fans (at least the ones I talked with). Some of us loved Chaos and Creation In The Backyard for its organic, classic Beatle-Paul-flavored and remarkably introspective songwriting. Some felt the album didn't rock enough. Other friends were sort of "meh" about it all, which I didn't fully understand. Well, enough of us must have liked it: the album apparently reached number six on Billboard and stayed on the charts for half the year! It even won a Grammy for one of the songs. Yet Beatle people I know don't really discuss this album very much; I've met some who have even dismissed it.

From the opening track, "Fine Line" Chaos and Creation In The Backyard album feels quite Beatle-esque and rollicking, with its nifty and dramatic key change at the bridge (recalling no less than Thunder Clap Newman's 1969 anthem "Something In The Air," among other touchstones). I really like how the piano and strings pop there and the tape-saturated-sounding splash cymbals come in toward the end. Songs such as "Jenny Wren" are classic British Macca and "How Kind of You" is a beautiful homage of a sort.  "English Tea" could almost have been on The White Album (perhaps in exchange for "Martha My Dear"). 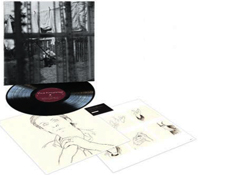 Very much a solo record, Sir Paul plays pretty much all of the instruments on this album (with some help from a his current touring band as well as pop luminaries like Jason Falkner and Joe Waronker).  "Chaos & Creation In The Backyard" is well recorded production, made in legendary studios (AIR Studios in London and Ocean Way in Los Angeles) driven by Nigel Godrich (whom some of you may recognize as the producer of Radiohead's classic albums like OK Computer, among others).

The 180-gram black vinyl German-made pressing is well centered and quiet. Does it sound better than the CD?  Yes, I think so. It does sound a little different that is for sure, and I mean this in a good way. "Chaos & Creation In The Backyard" was generally a good sounding CD. Still, it is nice to find that the album sounds warmer on the vinyl than the original CD for sure. The pianos and strings sound rich and Sir Paul's vocals feel rounder.  You feel more of the woodiness of his acoustic guitars on tracks like the "Blackbird"-esque "Jenny Wren" --  Pedro Eustache's Duduk solo is breathy and almost haunting there. 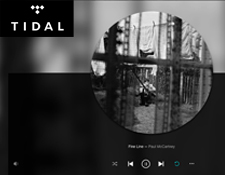 If you are a Macca fan and you like this album, you probably need to own this vinyl reissue.  If you don't have the CD but have a Tidal subscription, you can find "Chaos & Creation In The Backyard" up there streaming in CD quality. Chaos and Creation In The Backyard is available on standard black 180-gram audiophile grade vinyl as well as gold colored LP versions (the latter are limited editions sold at independent record stores as well as online at Paul McCartney's official store). Hearing Chaos and Creation In The Backyard on vinyl and Tidal is exciting -- a great album worthy of reconsideration if you haven't played it in some time. Even if you are a casual Macca fan, you should check this one out.