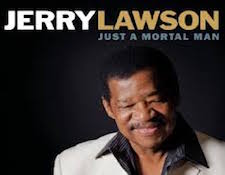 From the time he was in a high school marching band, Jerry Lawson dreamed of being a recording artist. At the age of 71, a time when most people are slowing down, Lawson is still continuing to release new music. And if "Just A Mortal Man" is any indication of his talent, he still has the goods. His voice is supremely soulful, reminiscent of the late Sam Cooke. Lawson spent most of his career with his group, The Persuasions and appeared with Ray Charles, Stevie Wonder, and Solomon Burke to name a few. His musical style, while definitely R&B, has that 1970's Philadelphia soul / funk feel to it. Track number one, "Peace Like A River" was written by Paul Simon, someone else with whom Lawson has worked. All in all, Just A Mortal Man is a wonderful, stylistically soul work by a singer with a fifty plus year history of delivering the goods. Part soulful, part melancholy, part positive and upbeat, Just A Mortal Man is a highly enjoyable work by a master of his craft. 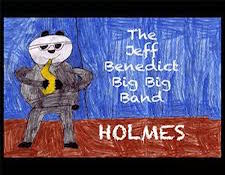 Sometimes the world just needs to return to the 1950's and the era of big band music. If that is nostalgically tugging at your coat tails, Holmes, by The Jeff Benedict Big Big Band is the perfect medicine. Consisting of seventeen musicians in all - five saxophone players no less, this work just sounds like something arranged by Nelson Riddle for Frank Sinatra in their Capitol Records days. However, this release is hardly one dimensional and includes jazz oriented covers of works by Pat Metheny and Sting. With excellent arrangements and superb performances, if you are feeling a bit nostalgic, or if you have yet to grow out of the swing era, Holmes is by any measure the perfect recipe for finger snapping, toe tapping, and just overall enjoyment. 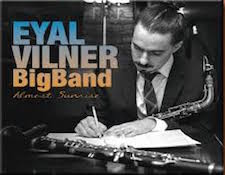 I asked myself the practicality of including a second big band record review - and then I listened to Almost Sunrise. Eyal Vilner had a rich history in the Tel Aviv jazz scene and upon moving to New York studied under Jimmy Owens at the New York School for Jazz. In Almost Sunrise, Vilner assembled a truly international collection of musicians from around the globe, including Asia, Australia, Great Britain, Israel and the US. Of the thirteen selections, two are original works and the remaining eleven are covers of some of jazz / swing's most legendary artists. Music by Duke Ellington, Benny Golson, Nat King Cole, Billy Strayhorn and others are included. One of my favorites was the cover of "Tee Pee Time" by Clark Terry. This work is emblematic of Vilner's exceptional skill at arrangements and it also didn't hurt that this selection is hard driving swing with trumpets, saxophones, and trombones. The quality of Vilner's interpretations of classic swing tunes is clearly evidenced throughout all thirteen tracks. As before, if you like the swing and big band genre, I'd highly recommend Almost Sunrise. 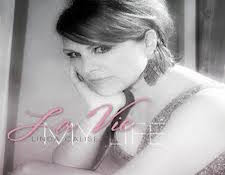 French Canadian born Linda Calise grew up with the sounds of of music by artists such as Tony Bennett, Sinatra and Streisand. As she grew older, her vocal style touched a variety of genres but her passion has always been the Classic American Songbook and movie musicals. After completing vocal training at the McClosky Institute for Voice in Boston, she has mainly performed at a variety of venues in the greater NYC and Boston areas. She has also appeared in the title role of Peter Pan at the Academe of Performing Arts in New Orleans. With Calise's remarkable voice and stellar range, La Vie is a collection of covers and original works all performed with a poetic beauty. Soft, lush and romantic would be an apt description of the music on this work. Track number three, "La Vie En Rose" is a tribute to her Mother who died of cancer in 2009. Performed in French, this track is also a tribute to her French Canadian ancestry. This is true mood music that can easily be enjoyed with a special someone - preferably with the lights down low.