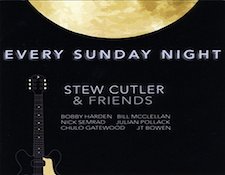 New York native Stew Cutler in his sixth studio release had the stated goal of musical freedom and not being restricted to a particular format or genre. In "Every Sunday Night," Cutler first wanted to do a live recording. When that proved to not be feasible, he moved the band to Queens, NY for a live studio recording where overdubs and editing were kept to a minimum. While this is manifestly a guitar centric work that leans toward a rock / blues/ jazz / soul type of presentation, Cutler is ably assisted with solos in organ, piano and drums, as would very likely happen in a live set. Cutler started touring professionally at age 19 and he has earned accolades from the Blues Hall of Fame as well as the inclusion on the Grammy nominated work "No Ways Tired" by Fontella Bass. If pressed to define this work in one genre, I would call it a Blues album. Beyond that, I'd just call it a fun listen. 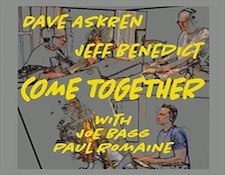 Like so many musicians, Dave Askern comes from a musical background. He was the son of a church pianist who also taught music. His early instruction was not only piano but also clarinet and saxophone. His true calling, however, was the guitar and that was his contribution on "Come Together." Playing partner Jeff Benedict has played the saxophone professionally since the age of 14 and his work on this release was both simple and complex and stellar throughout. This is a traditional jazz release that is highly listenable. Joining Askern and Benedict are Joe Bagg on organ and Hammond B3 and Paul Romain on drums.  Of the ten tracks, several are covers even including the title track as an ode to the hugely popular Beatles song. Other covers include works by Miles and Coltrane. Whether cover or original, this is a work that, while essentially traditional, straight up jazz, feels like something more. All in all, a work that is tightly orchestrated and performed and enjoyable from beginning to end. 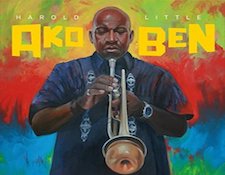 The latest release from DC area trumpeter Harold Little is a mix of jazz, blues, and funk performed with the trumpet as the principal instrument. Little admitted this release was going to sound the way he wanted to sound, adding that he was past that "crowd pleasing, applause hunting, tap dancing typical cover B.S." This release is the summation of that mindset. "Akoben" is an Adinkra (visual symbols that represent concepts or aphorisms) term for "war instrument" and it is with his trumpet that Little deftly heats things up with twelve tracks of very impressively orchestrated covers and original works. Normally, I'm not terribly given to sit and listen to an entire CD of music with the trumpet as the principal instrument. However, with "Akoben" I made the exception and was positively captivated with each track, all done in a style all their own. Perhaps best of all, this was one of the better recorded and sonically excellent CD's I've heard in quite a while. Whether or not that enhanced my appreciation of this release is unclear, I only know that I enjoyed "Akoben" immensely. 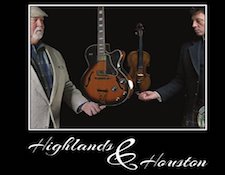 Regardless of how exactly a guitarist from Virginia / Texas ever managed to team up with a fiddle player from Scotland is immaterial, the only salient point is that their association has produced a very unique work of jazz, folk, country and well, not remarkably, Celtic themed music. Ranging from soulful ballads expertly portrayed on the Celtic classic "The Rose of Glen Davan" to the lively "Gypsy Joe," and even one song with Bagpipes thrown in for good measure, "Highlands & Houston" is not really defined by a pigeonholed genre. Seriously, music from Texas and Scotland mixed together? Sound implausible? Not so much. With Hurdle's impressive talent on the guitar, and Anderson's incomparable skills on violin, this is a release that works, and works very well.