Bridges From The East 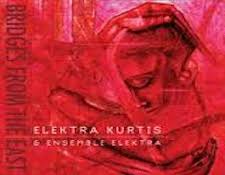 At first I didn't really know what to make of the new release by Elektra Kurtis, both stylistically and musically. Kurtis was raised in Poland by Greek parents by way of Egypt. Once I learned of her Greek heritage, it made all the puzzle pieces fit together. An Internationally acclaimed violinist, Kurtis displays her obvious talent on sixteen tracks that explore different musical styles. She mixes in various rhythmic patterns that all tie back to her Greek heritage - while at the same time including melodies typical to the Arab, Polish and Eastern European cultures. Sometime very melodic, sometime very traditional jazz, and sometimes really avant-garde, her music is somewhat an amalgamation of styles. What is undeniable is her talent on the violin, which is consistently impressive. This is a really interesting and different type of sound and if something a little off the beaten path is of interest, this one will do the trick. 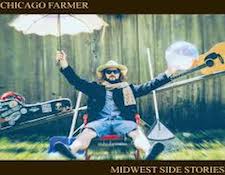 Upon first seeing the album cover by the new release by Chicago Farmer I thought of one of those one man bands playing instruments with his mouth, arms, hands and knees. Upon pushing the play button, I realized this was serious music, all done in an Arlo Guthrie style. Cody Diekhoff, aka Chicago Farmer, is a supreme story teller presented in a relaxing folk music style. By Diekhoff's own admission, "Midwest Stories" is about hope, depression, job loss, meth, skate boards, a divided nation, used cars, the late shift, farms, factories and the destruction of our environment - and all of this in ten tracks. This is music that is lyrically driven and entices the listener to listen to the message, to see what that message has to say, and to try interpret what is being said. This is thought provoking music, easily enjoyed from the comfort of your listening chair.

No Secrets No Lies 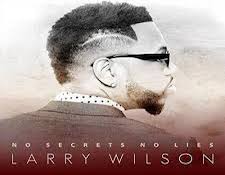 Born in Cleveland, OH and raised in Florida, Wilson began his musical career at the tender age of three playing drums in church. From there he has had an extensive education culminating with a degree in Jazz Studies from Florida State School of Music. On the sixteen tracks on this release, Wilson not only plays the drums, he also plays the Hammond B-3, Piano, synthesizers, percussion, bass guitar and even does a little singing. He is superbly accompanied by a host of artists playing almost everything from guitar to flugelhorn. All tracks are done in a traditional jazz style but Wilson also manages to incorporate and blend in fusion soul and Gospel, indicating that his church background is not too far away. This work both strolls along and flies along, sometimes highly improvisational, or at least that is what I have to believe Wilson wants the listener to think. All in all, this is finely crafted traditional jazz that is enjoyable from the first track to the last. 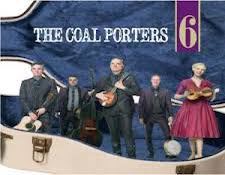 To be very honest, when I saw this CD, my first thought was this must be some throwback to that corn pone music on a bale of hay country and western I universally hated when I was young. Then I saw track number one, "The Day the last Ramone Died" and I became really curious. What follows on track one is perhaps a eulogy to a band from Queens, NY. While digesting that, songs about a blind bartender and chopping garlic followed. This is certainly not what I expected, both lyrically and musically. Country music with a trumpet? What started as questioning the possibility I would ever get to the end of this work evolved into an interest in hearing what would come next. "No.6" melds what is best described as traditional country and fast paced bluegrass, all tightly woven into finely crafted music to support what is perhaps some of the more diverse subject matter I've heard in recent memory. What started as doubtful ended up as a fun experience. If you like bluegrass with a country slant, and enjoy a good story, "No. 6" delivers.