I started writing this review thinking it was going to be a bit of a slam on some releases. However, a re-listen a month later with necessary comparison to some LP versions, has changed my mind. I really like these releases. Why would I question the releases in the first place? Well they are SACD releases of two original 1960s British Invasion bands that I have enjoyed whole lot over the years, but I have to admit I found the notion of their music on a high resolution format quiet dubious. 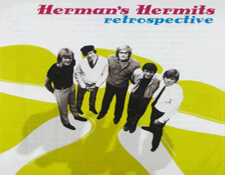 I mean, Herman's Hermits and The Animals both shared the same producer for the initial big-hit phases of their careers, Mickie Most, who brought a very distinct sound to his productions, a sound that tended to be a bit on the boxy side. So contemplating an über high resolution format for this music that was pretty much optimized for a three-inch transistor radio speaker was a bit counterintuitive.

When SACD was sort of peaking, some releases came out from the archives of ABKCO including a handy collection of most of the essential tunes by The Animals. One of the rawest and most under rated of the 1960s British Invasion bands, all the material is top tier here from their first hit, "House of the Rising Sun" to the collaboration between singer Eric Burdon and funk soul pioneers War, "Spill The Wine." Burdon is the glue connecting this all together and it all pretty much works and it sounds real good! In comparing tracks to an original US pressing of the original The Best of The Animals collection, the sound is pretty much a night and day experience. This is not surprising given that MGM was likely not working with the original master recordings for its releases. In fact, the mono version of "We've Got To Get Out Of This Place" on The Best of The Animals absolutely pales in comparison to the SACD. 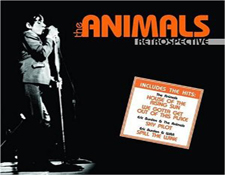 Collecting records by British Invasion bands in the USA has long been a challenge here for those of us concerned about audio fidelity because -- for the most part -- original British pressings always sounded better and of course are harder to obtain. They sound better because the discs were mastered from the original source tapes, for the most part. Here in the states, the likelihood is that the US manufacturers were working off of second, third or perhaps even fourth generation tapes dubbed down from the master mix. And, with analog, as you probably know, every generation can result in significant sonic loss, with additional hiss and distortion.  Beatles aside, finding imported pressings of albums by bands like The Animals is not particularly easy and can be quite costly. So this sort of great sounding compilation is entirely welcome!

Even the hits by relative pop lightweights like Herman's Hermits sound pretty terrific on the SACD. Crisp, round sounding versions of the original hits are all present with crisp highs and warm lows revealing a pop band that played its instruments well while never losing the sense of fun that made them popular in the first place. They seemingly used original mono sources on this one which sound true to the singles I remember hearing as a little kid. The benefit is most notable on tracks like "End of the World," where you can really make out the sound of wood drum sticks hitting the metal rim of the snares. The swingin' 60s horns and strings on "There's a Kind of a Hush" sound super against the strummy acoustic guitar and Peter Noone's tuneful vocals.

It's all good fun and these SACDs fill an important gap in my collection until that time when I find those obscure original British pressings in pristine condition. For now I'm happy to have these, especially since I picked them up very inexpensively.

That said, for the average persons, you might want to wait a bit until these collections are reissued in a new form that might be more reasonably priced. Checking on the web, I was pretty shocked to find copies of them being offered for pretty insane money up on Amazon and eBay. These albums are good, but they are not $300 good!!! For that kind of money you can probably buy pristine original LPs imported from the UK!

Spend your money wisely /carefully when collecting this sort of vintage out of print material, folks.