When it comes public awareness of The Mavericks, there are two types of music aficionados I've met over the years.  There are those who, when I inquire, they reply instantly:  "Oh man, I love The Mavericks and their singer Raul Malo!" 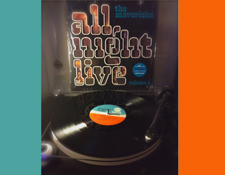 And then, there the others who, when I inquire, they reply blankly: "the who?"

After an uncomfortable silence and a few nervous blinks of the eye, I accept defeat and enthusiastically urge them to check out The Mavericks' music for its wonderful blend of rockin' fun, fine musicianship and heartfelt passion.

As should you too, Dear Readers. More people need to know about this fine band.

In fact, you might well consider getting the band's new live album All Night Live Volume I 1 as a good starting point, which goes a long way to restore the sanctified spaces of the so called "live album" as a viable representation of an artist at  a point in time.  And maybe, just maybe, it can become again a valued marketing tool for helping artists move their art forward.

You see, Dear Readers, there was in fact a period back in the day when a real live sounding album could make a band uber successful, escalating them to another level of super star status.

The list of important live recordings from the 1970s is long and wide: 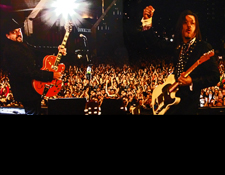 The Allman Brothers' Live at Fillmore East, Peter Frampton's Frampton Comes Alive, Yes' Yessongs, Kiss' Alive, The Rolling Stones' Get Your Ya Yas Out, CSN&Y's Four Way Street, Cheap Trick's At Budokhan, ELP's Welcome Back My Friends... and many others were all mega selling smash hit recordings.

These were albums which captured the lightening-bolt essence of the band and spread it across slabs of vinyl for the universe to enjoy for eternity.

After awhile, as the 80s moved along, live albums became less of "a thing" for fans, especially as pre-programmed, synthesized pop, dance and other music eventually created "in the box" (ie. entirely on a computer) became the popular standard.

Coupled with the advent of digital sound and the popularity of listening on the go -- from the Walkman to the iPod -- many a modern listener has become accustomed to the flat and often raw feel of a "soundboard" styled live mix (if one appears at all), with little in the way of room ambiance added in.

There have been hopeful moments since for live music recordings...

As the so called "jam band" and "grunge" movements took root, suddenly new soundboard-flavored live recordings began to surface. I was hopeful when Nirvana's MTV Unplugged album took off alongside all of the other "Unplugged" series albums by everyone from Neil Young to Eric Clapton to 10,000 Maniacs. But really, those recordings -- while often wonderful -- all seemed to have that plugged-in-through-the-mixing-board sonic flavor instead of capturing the feel of the room the band was playing in.

Acoustic guitars were often just taking a feed from the guitar's on-board pick-ups instead of using a microphone placed in front of the guitar to capture the sound of the wood and the air around the instrument. Vocals were presented almost too much in the listener's face, and the percussion sparkled like a studio recording.

To my ear, these sounded like enhanced studio recordings versus capturing the essence of the band on stage and its interaction with the audience and the room in which they are performing. 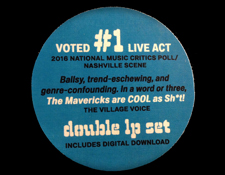 Which is cool if that is what you like. I get it. One of my big musical heroes, Frank Zappa, was legendary for indeed making new studio releases based on live recordings he would make and then manipulate... But that's a whole other thing, as they say...

None of these new live recordings, however resonated with me in the way that, say, Jerry Garcia and Merle Saunders' Live at Keystone or better still The Grateful Dead's appearance at The Great American Music Hall in 1975 (officially released as the first in their series of archive recordings as One From The Vault).  Both were recordings which had plenty of musical detail, but also captured the feel of that group playing in a small venue.

Yes, I know there HAVE been live albums released since those days, but those haven't really done much to escalate the band's presence in the marketplace and were made mostly for the established fans -- be it Depeche Mode, Guided By Voices, Peter Gabriel or even Sigur Ros. 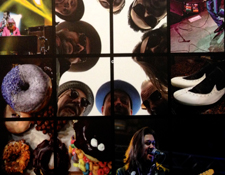 I had great hopes for the latter's lead singer Jonsi who issued a pretty incredible document of his live show (available still on iTunes, an exclusive which will play in 5.1 surround via Apple TV) but that too seemed ultimately to just be preaching to the choir the existing fans (of which I count myself one... but I digress)

Well, it is my sincere hope that The Mavericks' new live album will do for them what an album like Europe '72 did for The Grateful Dead : offering up a fun and engaging listening experience which aims to recreate the feel of being at a concert with the band while they are firing on all cylinders.