In Part One of this review series about the new John Lennon boxed set (out this week) -- called Imagine - The Ultimate Collection -- we looked at the album's revelatory Stereo remix vs. the 1971 mix as originally produced by Lennon and Yoko Ono with Phil Spector. In this portion we are going to explore the rather spectacular Surround Sound remixes included in this set. Imagine - The Ultimate Collection is near perfect in so many ways and sets a new standard, raising the bar for this sort of retrospective production. Much kudos goes out to Yoko for making sure that this new release was handled with the same love and care which went into making the original album. It shows! 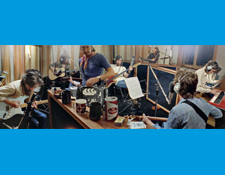 If you are a Surround Sound fan and a John Lennon fan, this set is an absolute essential, a "must have" if you will. In it you get not only two versions of the Imagine album:  a new 2018 surround sound mix (5.1) and a restoration of the original 1971 "Quadrasonic" (4.0) mix, which apparently saw limited release on UK vinyl and on 8-track cartridge back in the day. I think it is fair to say that most of us have not previously heard the latter in any form.

On Imagine - The Ultimate Collection you also get all of the following mixed into rich and (at times) deeply immersive 96 kHz, 24-bit 5.1 Surround Sound: the period singles plus  "raw" studio session basic tracks and a selection of "outtakes" from the sessions as well as the "elements" (isolated strings, vocals, instrumental versions, etc.).  And, for perhaps the first time in one of these super deluxe edition type boxed sets (at least as far as I have seen thus far), the producers wisely included very detailed information in the accompanying hard cover book explaining what each of these mixes are about, details to listen for and also the intent of the mix (bravo! hooray! applause!).

That's a whole lotta high resolution surround sound love to explore in one package and each version has a specific intention...so... lets go! 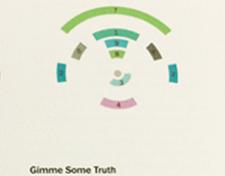 I suppose that for most of you, this mix of Imagine - The Ultimate Collection will have the most immediate appeal as it presents the original album in a mostly traditional (if you will) listening scenario. John Lennon's vocals are positioned front and center, basking atop a complimentary Stereo spread that reaches outward into your listening area. This is a gently immersive mix, ideal for those of you who don't like overly immersive mixes with sounds coming from behind. This fine, modern Surround Sound mix can be enjoyed from the "sweet spot" in your home theater as well as other seating areas in your listening room.

For those who geek out on this sort of thing -- people like me and I suspect more than a few of you, Dear Readers! -- three time Grammy-winning producer Paul Hicks has included detailed "Surround Sound Maps" for each song in the accompanying hardcover book in the set. These are wonderful visual cues for better understanding what you are hearing. Not surprisingly, the most immersive tracks tend to be the densest productions, so expect to hear more instrumentation around you on tracks like "Gimme Some Truth," "How Do You Sleep?" and "I Don't Wanna Be Soldier Mama I Don't Wanna Die."

There is a much simpler presentation on the lighter songs like "Oh My Love" and "How," keeping your attention on John's passionate voice and haunting, sparse instrumentation. For example, on the title track: Lennon's vocals come to you from the center along with one of his piano parts and Klaus Voorman's bass while his second double-tracked piano is spread across the front channels in a left-right Stereo pan bolstered by The Flux Fiddlers' strings sections filling out the sound fields from the sides, emanating more from the rear (but not behind the listener).

Wisely, the producers decided to keep the sound design of this mix distinct from the others in the set, and for good reason... 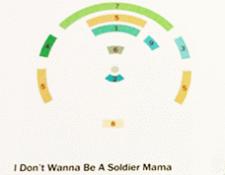 The four-channel Quadrophonic mix included in Imagine - The Ultimate Collection is quite a bit more immersive than the 5.1 version, using the surround channels more aggressively, enveloping the listener at times with more discrete instrumentation from each of the four speakers used. Branded as "Quadrosonic" on this album back in the day, the new mix mostly keeps the music in a forward-facing sound stage presentation, since there is no center channel or ".1" subwoofer channel. The music is heard in moderately discrete form, often appearing equally from all four channels. Interestingly, the richness of the recording does not suffer without the subwoofer channel information, filling the room with a round, pleasing ocean of music that feels fresh yet still of its time.

On many of the tracks, the drums emerge from the rear / side of the room while Lennon's vocals appear all around you at times. Remember folks, Quadrophonic sound was in its infancy at that time so the producers were experimenting with possibilities and that should be respected for what it is. I am really enjoying these Quadrosonic mixes!

There are some musical differences to listen for here as well. For example (spoiler alert): at the end of "I Don't Wanna Be  A Soldier Mama..." the feedback tag is different than on the album version and it sweeps around the room. Gimmicky perhaps yes, but still super cool in my humble I-want-all-Beatles-albums-in-surround-sound fanboy opinion. You might notice other details once you dig down into it. 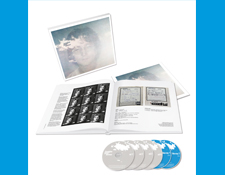 For this reviewer the "Raw Studio" mixes are the stars of Imagine - The Ultimate Collection, both in Surround Sound and Stereo (the latter I will explore more in Part III of this review series). The really very (very) cool thing about this particular Surround Sound mix is that the producers consciously created an approximation of what it might have been like to be in that close-knit studio with the full band which recorded the basic tracks. Just look at the accompanying photo for an idea of how tightly packed they really were in that studio!  Or better still, take a moment and click here to go to a video that was recently released showing the band recording "How Do You Sleep?" there.

Add to this the fact that these mixes are presented in a fairly naked manner -- much more like the sound on Lennon's landmark debut solo album (Plastic Ono Band) -- and the resulting effect is a powerhouse emotional listen with deeper musical connection. You can feel the slap of the dual acoustic basses on "Crippled Inside." Hearing the title track stripped down like this without the strings is akin to hearing the so called "naked" version of The Beatles' "Long And Winding Road" before Phil Spector's heavy handed production sweeps were added.  And hearing the edgier tracks like "Gimme Some Truth" and "I Don't Wanna Be A Soldier..." this way makes the links to the Plastic Ono Band album all the more apparent. It is pretty fascinating and overall a wonderful listening experience in 5.1 Surround Sound. 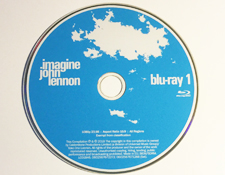 While it is fantastic that all the period singles recorded around the time of Imagine have been remixed in Stereo and Surround Sound (including "Power To The People"), the real star here is the inclusion if John & Yoko's instant classic holiday song "Happy Xmas (War Is Over)." Honestly, hearing this in Surround Sound brought me to tears the first times I played it, especially with the children's choir enveloping you from the rear and Lennon's voice prominent emerging from the center channel.

Next to the "Raw Studio" mixes, "The Elements" are my other favorite area of Imagine - The Ultimate Collection. Hearing the isolated string arrangements for the title track in Surround Sound is a haunting, lush, and gorgeous listening experience. This track may be perhaps demo worthy for some of you!

Here you will also hear the orchestral sections for "How?," "How Do You Sleep?" and "Its So Hard." The drum 'n bass version of "Crippled Inside" is fascinating because it shows you just how the rhythm section Lennon had assembled worked so well together to create a distinctive pulse. There is a super fun version of "Oh Yoko" stripped back to just vocals and multiple acoustic guitars which makes it feel more like a campfire singalong. In Surround Sound, all this is very much a "you are there" styled listening experience, mostly bringing you into the studio with the musicians.

This also seems to be a spot in the collection where I found perhaps a little typo on the packaging which may be a bit confusing. On Blu-ray Disc One (subtitled "Imagine, The Ultimate Mixes"), you will find outtakes but they seem to be only in Stereo there despite the packaging touting that they are available in 5.1. Fear not, as they mostly ARE available in Surround Sound but located on Disc Two (which is subtitled "In The Studio And Deeper Listening")! There you'll find many of the same takes found in high resolution Stereo on the first disc in 96/24 fidelity, 5.1 Surround Sound as well as some tasty alternates! 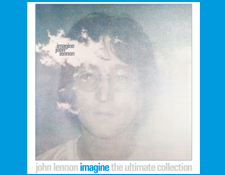 Some of the original demos and live recordings were probably only available in a two channel format, so to hear John's original "Imagine" demo and the early version of "Oh Yoko!" recorded in the Bahamas in 1969, you will need to play Disc One. Conversely, you get a to hear Take One of "Oh Yoko!" in Surround Sound on Disc Two's outtakes as well as different takes of "I Don't Wanna Be A Soldier...," "How Do You Sleep?," "How?," and "Jealous Guy." There are even early takes of period singles like  "Power To The People," and "Do The Oz" and an alternate mix of  "Happy Xmas (War Is Over)."

So, there you have a little taste of what to expect from John Lennon's Imagine - The Ultimate Collection in Surround Sound. Stay tuned for Part III of this review series where I'll dig down more into the bonus tracks, outtakes, raw studio session and poignant details from the included hardcover book.