Interpol (The Band): "Our Love To Admire" Remaster, Reviewed

Like The Smiths' Morrissey and The Cure's Robert Smith, rock band Interpol has a sound closely tied to its lead singer, Paul Banks.  My introduction to The Smiths happened the moment I heard "Hand In Glove" for the first time, it being played in a tiny record store in New York's Greenwich Village back in the mid-80s. I had the same experience (at same store!) discovering The Cure for the first time with their song "In Between Days." 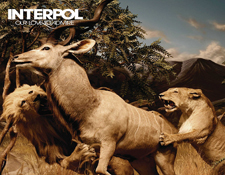 Similar was my experience with Interpol. A friend had told me about them, but it was randomly hearing a track from their eponymously titled fourth album at Amoeba Music one day (the song "Lights" caught my ear and then "Always Malaise" sealed the sale) that got me into them.  After snapping up that album I eventually picked up the band's back catalog (much of it reissued in recent years on vinyl).  I really like Interpol's combination of indie / post punk rock smarts coupled with haunting Philip Glass-like repetitive, ambient-flavored guitar-riffs, textures used as a compositional style that graces much of their music and overall sound.

Curiously, I had trouble finding their third album from 2007, Our Love To Admire, which I  subsequently learned was released amidst their short-lived tenure with Capitol Records -- it was nonetheless a hit and debuted in the Top 5 both in the US and the UK.  Eventually I found a used CD copy but I'm glad I got it as the album was a move forward for the band, incorporating keyboards and a bigger production aesthetic.  A fine album, it has recently been reissued on CD to celebrate its 10th anniversary and now includes a live concert from the period on DVD. 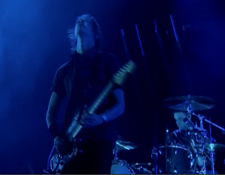 Sonics wise, Interpol's records are generally enjoyable affairs, but they do have a certain consistently crispy essence (if you will) about them which I suspect some of you audiophiles might find off-putting. Are they digital recordings?  I don't know for sure. They are modern sounding rock recordings, that is for sure, bright and (probably) optimized for mobile listening. What about dynamic range?  Well, I don't know if that is what you should be looking for when listening to Interpol records (pick up Queens of the Stone Ages' Like Clockwork for that folks... I reviewed it back in 2013 which you can read by clicking here).  Just setting realistic expectations.

The new remastered CD of  Our Love To Admire sounds better than the original CD but the differences are admittedly subtle -- you have to listen closely as these nuances are not going to hit you over the head. For example, I noticed more punch and definition on the bass on the opening track "Pioneer To The Falls." (which is almost lost on the version up on Tidal --  it makes me wonder if they'll eventually have the new version streaming up there...). Likewise, "The Heinrich Maneuver" seems to drive a bit more (and the tune was already pretty driving to begin with!).

Is there less compression or more compression on the remaster? I don't know. Does it matter?  In this instance, I suspect not.  I mean.... there is only so much you can expect from this type of shiny sounding, 21st century mix. That said, the songs are the thing here and they are great and the performances gut wrenching. That is the stuff to focus on here, kids. 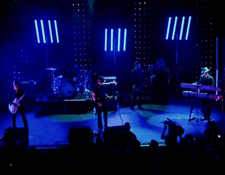 The hour long previously unreleased live concert DVD -- recorded at the London Astoria -- actually sounds quite good and feels warmer  to my ears in LPCM Stereo, with 48 kHz 24-bit audio. The sound is less crunchy overall than the regular album and the band is in fine form, playing songs from the then new Our Love To Admire and some earlier fan favorites.  The video quality is very high as well, appropriately dark and moody but ultimately well lit and professionally captured.

If you aren't familiar with Interpol, Our Love To Admire is a pretty good place to start, with real strong catch songs and high production values.  If  you are a hardcore fan, you might want to pick up the new one for the bonus DVD and the somewhat better sound.  Poke around on YouTube, Spotify or Tidal and you'll probably find Interpol's music there. They are worthy of your attention if you enjoy moody melodic post-punk indie rock.

Final Note:  There is also an LP version of Our Love To Admire  available but at press time I did not have access to a copy.  When I eventually get it, I will add any updates I may have in the comments section below for future reference.