ICYMI : Great New Music You May Have Missed In 2019 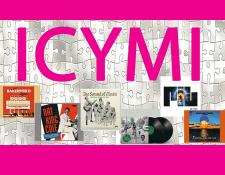 There are some days when I like social media and there are other days when I think it is absolutely awful. The big problem leading to the latter decision is that social media tends to operate a little bit -- ok, a lot -- like a popularity contest. And that is all fine and good if (a) you the reader understand this and your relationship to it and (b) you are part of a group of fan-enthusiasts who are engaged and interested in a particular story -- interested to the point that you will share it around to yet-still-different enthusiast groups on Facebook and via hashtags on Twitter. And if you're lucky you'll start getting posted in places like Reddit, Pinterest, Instagram and other no doubt influential social media spaces.

That said, just looking at the paltry number of shares and re-shares tallied by our online tracker here at Audiophile Review, it seems that a bunch of you may have missed out on some really great music news last year. These were shared well under 100 times upon my original posting, many well under 50 and a few criminally under 30.

So, In Case You Missed It (ie. ICYMI) from Broadway to Macedonia here are a bunch of releases worthy of your attention -- some might even be "demo worthy" for your audiophile enjoyment. Let's make it a happy new year for these artists -- please share this story with your universe of friends so they learn about these fine releases. 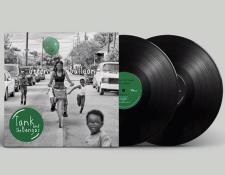 A flurry of fun, friskiness and feelings, Tank and the Bangas gleefully mix hip hop, jazz, soul, rock, funk, spoken word and Springsteen-like storytelling into a heady fresh brew on Green Balloon. Imagine if Funkadelic, Frank Zappa and Meshell Ndegeocello had a big party with Laura Nyro and Bette Midler and you might have some idea of where we're going. Sounds great on vinyl or Qobuz/Tidal CD quality streams. I also liked their recent live album (click here for that review). 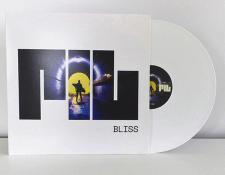 This music on Bliss by Rib falls some where between the epic soundscape flavors of Caspian and the Brazilian group which backed Seu Jorge so brilliantly a bunch of years back called Almaz (another group I heard in public and purchased music by almost immediately, btw). At times the music on Bliss feels like backing tracks for an unreleased Cure album. A friend I played some of this album for said it reminded him of Dive. Perhaps you should check Rib out... 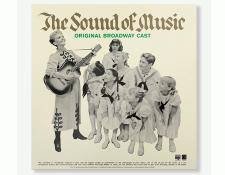 The 1959 original cast recording of The Sound of Music is an audiophile listening experience worth considering. Recorded at Columbia Records' legendary CBS 30th Street Studio, the same place where  Miles Davis' Kind of Blue was made, the presence of orchestras, choirs and all manner of theatrical expression can put your audiophile system to the test. That this musical happens to be one of the most popular in history featuring a wealth of beloved music is a bonus. 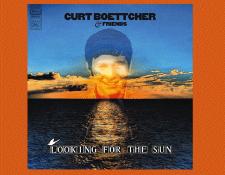 A fascinating alternate universe snapshot of the 1960's sonic landscape. Boettcher is revered among fans of all things sunshine pop, an artist and producer who never quite had his moment in the star-shine. This collection is more than just obscure singles compiled: there are some fabulous previously unreleased tracks which inexplicably never saw the light of day. These are fine classic 1960's rock productions backed by many of the greatest musicians of the day including The Wrecking Crew! 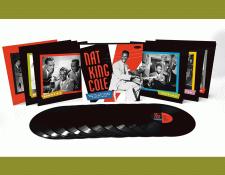 Resonance Records' new 10-LP (or 7 CD) boxed set is dedicated to the pre-fame years of legendary pianist, singer, arranger and performer Nat King Cole. Hittin' The Ramp: The Early Years 1936-1943 Deluxe marks the first comprehensive collection of his early works -- some of which have appeared on lower quality releases over the years. These 180-gram black vinyl pressings are mastered at Cohearant Audio and pressed at RTI. 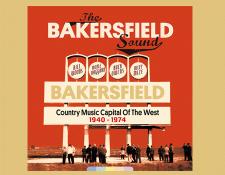 The Bakersfield Sound tells the full story of how the city came to be the magnetic heart and soul for contemporary Country Western music in the 50s and 60s. Across 10 CDs and a 224-page hardcover book, you get a great snapshot of the music and the personalities behind the songs. This new set is comprehensive and exhaustive, exploring the musical birthplace of Buck Owens, Merle Haggard and many others.