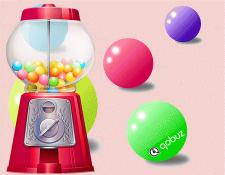 In a way, I've been waiting a lifetime for this moment:  to hear super high quality versions of hit songs from my childhood in a form at least comparable to the original LPs and maybe better. The dream would be to hear the original Mono single mixes in super high resolution...

How I found out that many of these gems were on Qobuz was thanks to some of our readers who saw my postings about my article on so called "Guilty Pleasures" circulating on social media. One of the respondents told me about how some Bubblegum albums are available for download via HD Tracks and high resolution streaming on Qobuz. 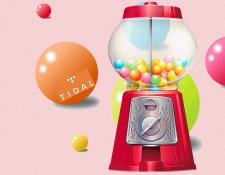 If you missed my article -- which goes into why you should take this classic pop music more seriously, if you do not already -- please click here to read it.

Following is a rundown of some of the high resolution Bubblegum streams I found on Tidal and Qobuz. All shown here are in 96 kHz, 24-bit fidelity or higher unless noted otherwise. 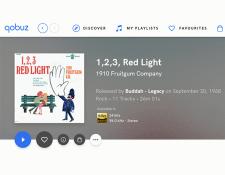 No less than The Talking Heads used to cover this in their early New York days when they were starting out. Don't believe me? Click here to listen to a live version from CBGBs in 1977 and here for Max's Kansas City in 1976. There are other versions out there.  But, to hear the original bubblegum versions by The 1910 Fruitgum Company from the 1960s, you can find the Stereo mixes streaming on Qobuz. The  separation is characteristically-for-the-period a bit wonky with drums and bass on one side, organ and back up vocals on the other with the lead vocals in the center.

These are not the hit Mono mixes some of us know and love -- this song was a #5 hit! -- but it is still really interesting to hear these songs with this level of clarity. After the hit single, tracks you might want to check out include their nice version of Bob Dylan's "The Mighty Quinn" which was not a hit or even a single release (Manfred Mann had the smash back in the day) but they did a noble job on it with an interesting drum pattern on the verses. 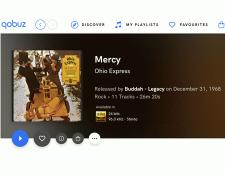 While this album doesn't contain the group's biggest hits (like "Yummy Yummy Yummy" and "Chewy Chewy"), listening the title track you hear what tight unit some of these studio session-player backing bands behind the bubblegum movement often were. The title track is fun and lesser known tracks like "Sweeter Than Sugar" are no less rocking...

You can also find their big hits streaming in CD quality there on The Best Of The Ohio Express. These are not the original punchy Mono mixes which would be the ideal thing to listen to -- alas, you still need to play old 45s for those! -- but its still nice to have access to these songs in a streaming format. (click here for Qobuz) 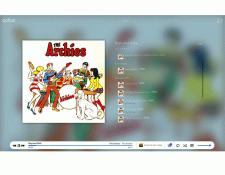 You can find most of The Archies' albums on Qobuz in 24-bit, 44.1 kHz fidelity including a handy Greatest Hits collection (click here). But, you really should start with their debut album which includes their theme song "Everything's Archie" and the smash hit "Bang Shang A Lang."

But most importantly you'll hear deep album tracks like the great near-country rocker "Truck Driver" (a single B-side back in the day) -- all that is missing is a Pedal Steel Guitar and Glen Campbell singing the lead vocal. Even though these aren't the original Mono mixes they still sound real good because the rhythm section is spread evenly in both channels -- a Mono rhythm bed, perhaps -- with Ron Dante's great lead vocals and guitars in crisp stereo.

An honorable mention goes to Tidal for The Absolute Best Of The Archies which, while 16-bit, 44.1 kHz fidelity, sounds really great -- the version of "Bang Shang A Lang" here rocks a lot harder. 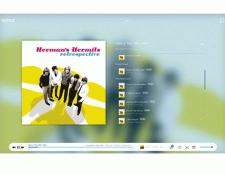 I actually own this fine compilation on SACD from the underrated pop side of the British Invasion which lands pretty much squarely into Bubblegum territory. Herman's Hermits had a great string of hits from 1964-1967, making them almost proto-Bubblegum in a way. But their sunshine pop joys are undeniable: "I'm Into Something Good," "Mrs. Brown You've Got A Lovely Daughter," "Henry The VIII, I Am" and more all (seemingly) in Mono mixes streaming in -- get this -- 176.4 kHz, 24 bit fidelity. You can hear this fine sounding collection on Tidal (click here) and on Qobuz (click here).