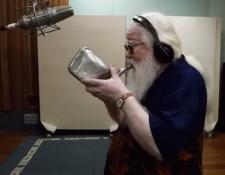 When it comes to new Jazz and music that I decide that I like, I'm kind of a funny fish... Certain artists and music that I "should" like don't resonate with me for some reason (see Phish, Pere Ubu, etc.). And then there are artists that I want to like (who shall remain nameless) but who continue to turn out music that never reaches my soul. I receive new releases periodically from unknown and up-and-coming artists and I'm amazed frequently how tepid the music is to the point where there's nothing that intrigues me to the point of wanting to write about it.

Yet, because I know there are those magic moments of discovery, I relish this process waiting for that next amazeballs music moment.

Many many years ago -- when I was still living on the East Coast -- I picked up a record at a garage sale by somebody I'd never heard of but which had great players on it. Produced by Airto Moreira and Flora Purim, the recording included legendary Bassist Ron Carter and Drummer Chester Thompson (yes, from Frank Zappa's classic Roxy-era band). 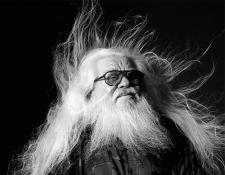 That album -- called Slaves Mass -- turned out to be a quite fantastic record by a fellow named Hermeto Pascoal. He's a Brazilian musician and Miles Davis gave him a big thumbs up at one point in his career. Hermeto appeared on Davis' Live-Evil and Miles apparently said he was "the most impressive musician in the world."

Up until recently, I never knew anybody who even heard of Hermeto Pascoal; I started seeing his name bubbling up online the past several years.

One of the good things about social media is that it increases your chances of finding musical soul mates! I almost never see his records showing up in stores for the most part, at least around here in San Francisco (I noticed recently that Amoeba Music has Hermeto in the "World Music" section and not in Jazz, which is sort of silly... but I digress...)

Anyhow... when I was down in New Orleans recently and I was looking through the bins at one of the stores (thanks Domino Sound Record Shack!) I was thrilled to find a relatively new 2017 release by Hermeto and his band Grupo called No Mundo Dos Sons. According to Google translate, this means "In the World of Sounds."

I grabbed it immediately and I'm not disappointed. 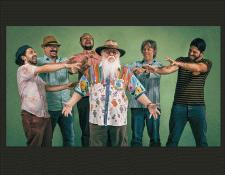 You can find No Mundo Dos Sons streaming up on Tidal. as well as a bunch of his other albums.  Curiously, it was not on Qobuz yet many of his earlier albums are up there (click on the streaming service names to jump to those albums).

What does this music sound like? For lack of a better description I have to reference other artists because in many ways Hermeto's music is indescribable. This music jumps in a heartbeat from the freewheeling frenzy of progressive rock and jazz-rock fusion a la Frank Zappa and John McLaughlin's Mahavishnu Orchestra to Latin rhythms and textures. I hear echoes of early progressive pioneers like Raymond Scott (think "Powerhouse") and the near gospel big band blues Nirvana of Charles Mingus.  Through it all, the group swings madly. 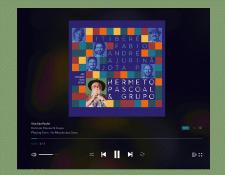 Like the best things in life, Hermeto's albums tend to take you on a journey, a roller coaster ride of styles, sounds and flavors where are you don't know what's going to be coming around the next band.  And that is why this music is so fresh and exciting: one minute you might be swinging to a straight-ahead rhythm and then suddenly they'll shift into manic soloing unexpected counter melodies Unusual sounds are the norm here, from screeches and squawks, to bells and strange synthesizer tones.

Throughout No Mundo Dos Sons one thing remains consistent: a sense of melody, harmony and joy. Like some of my favorite music from Frank Zappa or King Crimson, even when they were going into deep space exploration, between the notes it's all done with such  joie de vivre that it makes you want to get up and dance around the room!

I can't say that about a lot of music I hear...  but I can say it about Hermeto Pascoal's music! 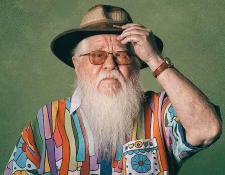 What are my favorite tracks on No Mundo Dos Sons? Well, I like most of them but some jump out such as "Carlos Malta Tupizando," "Vinicus Dorin em Buzios" and "Para Miles Davis." Just listen to the album on Tidal and you'll get the idea -- its streaming there in good sounding CD quality. The standard weight vinyl pressing is excellent, well centered and dead quiet with a nice gatefold cover that displays the colorful cover art to its fullest.

I hope Hermeto comes on tour again here in America because I would love to see him perform live. This is the good stuff folks, so check it out