Game Theory: Game On For Eternity

In the world of power pop, there are a bunch of bands that have achieved a certain "legendary" status among aficionados: groups which never really had their music played on mainstream radio, groups which never really saw their music reach a mass audience. In ye olden days before this music became tagged as the genre "indie rock," the economies of scale employed by the star-making machinery known as "the music business" didn't fare well for many of these artists. Many wallowed in obscurity, eventually breaking up the bands simply because of the financial constraints and the sizable debt they then owed the record labels. 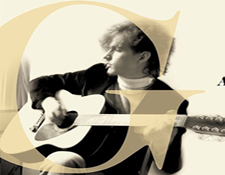 To paraphrase a comment a friend of mine once said -- he, one of these critically acclaimed but financially under-appreciated musicians -- "try taking legendary status to the bank."

Game Theory is one of these bands -- now enjoying reissues of their seminal early-'80s recordings which have long been out of print. Their ascent on the scene eventually landed them in line with Mitch Easter, the same producer who was working with indie rock's first superstars, R.E.M. The group got to tour with some big names in the industry. But alas, they came and went like so many others, and Scott Miller went on to form another influential but challenging band, the Loud Family (which I suspect will eventually get reissued as well).

Anyhow, here we are many decades on, Scott Miller has passed away (RIP), and -- as if on cue -- his music has been magically revived for a new generation to discover. Curious how that seems to happen a lot in the music biz. Music commerce seems to like its dead rock stars almost more than thriving living ones ...

But seriously, why did it take so long for this stuff to get reissued? There is some fabulous music here and from everything I've read and heard from friends and fans, Miller left significant impression on many other musicians whose lives he touched. 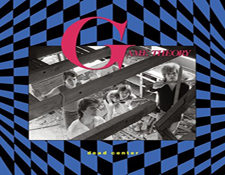 It is really too bad that these reissues couldn't have been put out while he was alive to enjoy this lovely renaissance.

Well ... all that said ... now we have several CDs and a some freshly minted colored vinyl 10-inch EPs to explore. There is even an LP by Game Theory reissued by the good folks at Omnivore Records.

And the pop music world rejoiced!

In general, the reissues sound real good, both on CD and on the vinyl samples I've gotten my hands on. The 10-inch EPs are mostly on nice colored vinyl pressings (one had some warp issues, but other than that it sounds fine). The CDs are comprehensive with lots of bonus tracks including live performances and demos. It's all cool stuff, chockfull of strummy-jangly guitars, propulsive drums, quirky rhythms and unconventional song structures.

The sound is very clean with a bit of that earl-'80s ultra-bright sound that may be due to any number of things, from stylistic production choices to actual recording medium used (not sure if these were done digitally or analog) to the limitations of the studios used (some of these were early self-produced recordings done on a low budget). And then there is the impact of the CD process which can inadvertently make a bright recording sound even brighter. 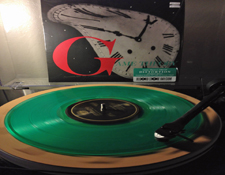 So all you audiophile pop music fans out there, do keep an open mind when exploring this music, which is what this is about ultimately.

Speaking of that, how do I like Game Theory's music? Good question. I'll be honest, It's growing on me.

Game Theory was admittedly a band I missed out on the first time 'round for numerous reasons. Listening to it in the '10s with a relative outsider's perspective -- I have no personal emotional connection to this music from back in the day, like I do with the likes of Marshall Crenshaw, Elvis Costello, the Bongos and Rockpile. Miller's writing style is certainly curious, interesting and at times quite different. His thin voice is an acquired taste as well, so don't go into this expecting a big voice like Eric Carmen in the Raspberries.