The first thing I heard when I put on the vinyl LP of Beck's latest album, Morning Phase, was silence. Genuinely "dead quiet," as the hip kids among audiophiles say, the music just jumped out of the speakers. Really. I was really pleased and impressed, especially seeing the disc was on the Capitol Records label and not Parlophone or some exotic European label. Then I looked at the back cover and saw that the powers that be wisely put pressing information on the back cover: "Manufactured in Germany by Furnace Mfg. / The Pallas Group..." 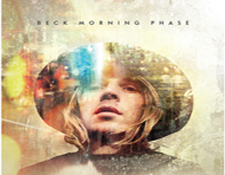 So for my $24 investment, I am indeed getting a genuine import quality pressing made at the facility that many in the audiophile world consider the premier manufacturer of vinyl records today. It sounds really sweet! So good that I'm not going to even bother really comparing and contrasting this against the free "Vinyl Experience" MP3 or the CD (which I bought separately). I mean... why bother? This sounds super nice, with lush round lows and midranges complemented by comfortably sparkly high end.

It sounds like a well made record is supposed to sound. Wish that were the case all the time these days but, alas, that just ain't so...

My copy of this record is almost perfectly centered on both sides. I say "almost" as mine has a tiny little bit of sway on side two but that doesn't seem to impact the music even the orchestral parts. So, I'm relieved about that as it lets me focus on the music, which really is what is most important at the end of the day. You can have the most perfect pressing of the blandest music and no one would care. For Beck to be giving his millions of fans a great listening experience -- a step up listening experience, if you will -- coupled with his fine music, well that spells a win win situation for everyone.

The orchestral parts on Morning Phase are really beautiful, reminding me of the sort of warm ambiance created by a performance of Samuel Barber's "Adagio for Strings" or the haunting orchestral bits on Warren Zevon's underrated fourth album, Bad Luck Streak In Dancing School (1980) or perhaps Eno's Discreet Music (1975). 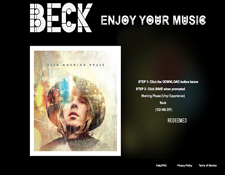 Morning Phase does have some of that classic Southern California singer/songwriter vibe you've probably read about elsewhere, with thickly recorded drums and guitars so full you can feel the sweep of the guitarist's pick across the steel strings. You can feel the air being pushed out by the kick drum beater as it hits the drum head. Some have said the album sounds like an early Neil Young record at times but I think its more than that. I hear some very serious echoes of no less than Pink Floyd and particularly its lead guitarist and singer, David Gilmour. Take a track like "Waking Light" and play it alongside "Comfortably Numb" from The Wall and you'll understand what I'm talking about. All that is missing is Gilmour's soaring solo but instead Beck (perhaps wisely) inserts a more George Harrison-flavored solo at the end, bearing that heavily chorused/flanged lead guitar effect that reminds me of bits off of The Beatles' Abbey Road and Let It Be albums.

The Gilmour parallel is also apparent on "Morning," which sounds like it could be an outtake from Gilmour's last solo album, On An Island, by way of Harrison's All Things Must Pass. Some of the simple slow beauty on this record also reminds me of John Lennon's Plastic Ono Band and Imagine albums, albeit with melodies that are not as immediate but no less satisfying. 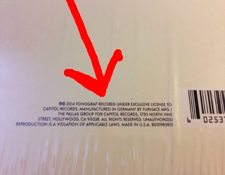 This is all good stuff, mind you. I am most decidedly not ragging on the music. I think its great that Beck has made an album with so many tunes showing off his songwriting gifts -- believe it or not, its really really hard to write slow songs that keep people engaged and listening repeatedly. This one grows on you, no doubt.

Is this the best place for the newbie to get into Beck? That is hard to say. Its certainly not a bad place to start. If you like this, then certainly pick up his gorgeous prequel (of sorts) called Sea Change (available on a sweet looking Mobile Fidelity 180-gram pink vinyl as well as DVD Audio and SACD with terrific surround sound mixes). By then you'll be ready to rock out a bit and I do heartily recommend Beck's Modern Guilt (from 2008). His many other albums are certainly worth exploring -- I like Guero a whole bunch as well as Mutations.

So, yeah, this one is a keeper. 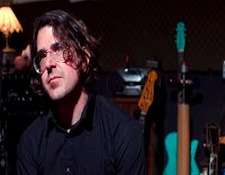 If you like this sort of modern twist on introspective acoustic music, I can certainly recommend several others of (relatively) recent vintage worth seeking out. One artist who immediately comes to mind is Lou Barlow (of Sebadoh and Dinosaur Jr. fame) who has been turning out wondrous pop folk-rock songs for years, many using the sort of simple two-finger picking strum Beck employs here. While most of the Sebadoh albums usually have some acoustic tunes dropped into their rock "strum und drang," Barlow has some more acoustic flavored full solo albums well worth checking out. His rich voice falls this side of Beck and Eddie Vedder and (for you older folks) The Lovin' Spoonful's John Sebastian and Donovan. Barlow's songs often tug the heartstrings. A great album to start with is his somewhat overlooked 2005 album, EMOH (Merge Records). Many of the songs build with this same sort of drama Beck has achieved on Morning Phase (including strings!). I'm also a fan of Barlow's Folk Implosion (another side project), particularly the album titled One Part Lullabye (which is bit more of a mix of lo-fi/hi-fi and production, but a bunch of fun and strong melodies nonetheless). I really would love to hear more of Lou's music on vinyl. But for now you can find it on CD pretty easily. Check it out.

Beck's latest is just the tip of the iceberg when it comes to modern day acoustic-based music.